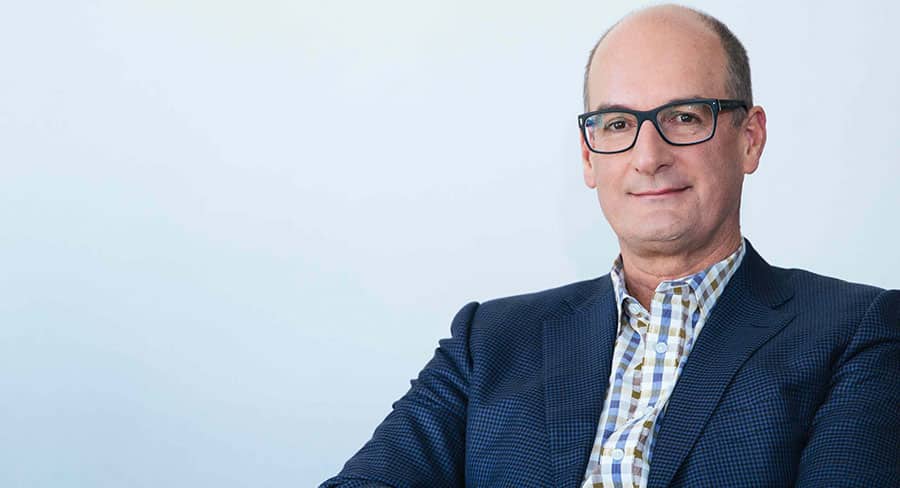 Seven West Media and French production giant Banijay Group are in exploratory talks on the purchase of the Australian media company’s studios business with an early range of between $170 million and $200 million on the table, reports The AFR’s Max Mason.

Seven Studios produces a range of programming including Home & Away, Better Homes & Gardens, Border Security and My Kitchen Rules.

Home & Away, in particular, is a valuable proposition with life of series arrangements in Britain, New Zealand and the Netherlands, and is sold into more than 80 countries, netting Seven about $30 million a year for the one production.

A sale for between $170 million and $200 million would significantly transform Seven’s debt situation. As of December 31, 2019, the Kerry Stokes-controlled broadcaster had $541 million of net debt. Since then, it has sold Pacific Magazines to Bauer Media Australia for $40 million and sold its West Australian Newspaper headquarters to property developer PrimeWest for $75 million.

ViacomCBS global chief executive Bob Bakish has touted the power of selling the company’s content to third-parties as well as its own streaming strategy, but remains silent on its streaming plans in Australia once existing content deals expire, reports The AFR’s Max Mason.

Speculation has been rife in Australia about the future of ViacomCBS’s Showtime deal with Stan, which is set to expire in early 2021. ViacomCBS, in May, renewed a short-term deal for Nickelodeon with Foxtel, which will expire about the same time as the Showtime contract.

Bakish, speaking at a virtual session of the annual Asia-Pacific Video Operators Summit last week, was asked about ViacomCBS’ direct-to-consumer streaming plans in Australia after these contracts expire – the company bought 10 out of receivership in 2017 and launched its streaming service 10 All Access in December 2018.

“I like Australia for a number of reasons,” Bakish said. “One, it’s an English language market and obviously we have tremendous depth of English language content that we can bring to bear. Two, we have a very strong presence there. We have a set of broadcast networks and we have a portfolio of cable networks and we have some early SVOD product in the form of 10 All Access. We have a lot to work with there.

“We just deepened our participation in the television sector in Australia. We just launched a new free-to-air channel called 10 Shake that really leverages a whole breadth of content from the ViacomCBS family, including from Nick, from MTV, from Comedy Central and CBS to the free-to-air space. We believe it fits into this broader multi-platform strategy for Australia, which does include streaming, and you’ll see us do more there.”

What to look for in media stocks this reporting season

Top fund managers believe the coming reporting season will be a sombre affair for the media sector, which was already under pressure before the COVID-19 pandemic, reports The AFR’s Natasha Gillezeau.

Wilson Asset Management equity analyst Shaun Weick and Martin Currie Australia investment analyst Patrick Potts have low expectations for the reporting season – advertising spending is down as much as 30 per cent to 40 per cent for the June quarter after advertisers retreated amid the pandemic’s spread in Australia.

“My view is that we are really just seeing an acceleration of the structural shift of media and advertising expenditure towards those digital and online channels. And that’s occurring in the traditional media formats like free-to-air, radio, magazines, newspapers and the like,” Weick said.

Potts, who is living through Melbourne’s second lockdown in six months, said that until recently, consumer and business sentiment had been expected to pick up off the trough as the economy opened again and that this would flow through to marketing and ad spending, and be a positive for media companies.

“But given what’s happened in Melbourne going back into lockdown, and concerns of a second wave elsewhere – a lot of that pre-activity getting ready for an increase in ad spend may be slowed until we are clearer on where we are going with restrictions.”

David Koch’s reign over Australian breakfast TV will continue for at least a further two years, Nick Tabakoff reveals in The Australian.

With Sunrise winning the 2020 ratings year already (in July!), we’re reliably informed that Koch will this week formally sign on the dotted line with Seven to extend his stint on the show to two decades.

In these perilous times for free-to-airs, it’s most likely Koch has had no pay rise on his previously reported $800,000-a-year salary. Two more years will complete 20 years in the Sunrise chair, the longest unbroken run for a national breakfast host.

Janine Vaughan’s family is tormented by an anguish few people could comprehend. For almost two decades, they have been in the dark about their beloved sister’s fate and final resting place, reports The Australian’s Steve Jackson.

After an evening out clubbing with friends in December 2001, the 31-year-old store manager was seen getting into a car near Bathurst’s Metro Tavern shortly before 4am, disappearing into the night, never to be heard from again.

Now, in the eagerly anticipated follow-up to his acclaimed The Teacher’s Pet podcast, award-winning investigative journalist Hedley Thomas promises to do what he can to shed new light on the mystery.

Launching on August 7, The Night Driver delves into the murky details surrounding the young woman’s disappearance, probes long-held family secrets and scrutinises three “persons of interest” who went before a coroner in 2009 with no adverse finding – one of them being the country town’s former top detective and deputy mayor.

Thomas said he had been captivated by the case and the family’s obsessive quest to find its sister’s killer, along with the run-ins with violent suspects and dramatic red herrings it entailed.

“The disappearance of Janine Vaughan has been a baffling mystery after investigations spanning almost 20 years by dozens of detectives, an anti-corruption inquiry and a coroner,” the two-time Gold Walkley-winner said.

The owner of KIIS and Pure Gold radio networks will roll out a multimillion-dollar advertising campaign, featuring top stars Kyle Sandilands and Jackie “O” Henderson, ahead of the resumption of radio ratings, reports The Australian’s Lilly Vitorovich.

Despite a significant softening of ad revenue since the pandemic struck, ARN chief executive Ciaran Davis says the campaign will run across outdoor, print, broadcast and digital to underpin its market stronghold and showcase its value to advertisers during the coronavirus crisis.

“It is a large amount and it is cross-platform and it is supporting all our major brands,” Davis told Media.

“We’re obviously doing it from a ratings perspective to show that our brands are very alive and well, and the content that we’re doing is as relevant, if not more relevant, today than it ever was.”

B105 and SAFM are back! SCA to re-brand Brisbane, Adelaide radio stations

Southern Cross Austereo is expected to revert two metropolitan radio stations to their original names in a major change to a national marketing and content strategy that took several years to implement, reports The Sydney Morning Herald’s Zoe Samios.

The broadcaster, which runs the Hit and Triple M radio networks, will change Brisbane metro station Hit105 back to its heritage name – B105 – and Adelaide’s Hit107 back to SAFM as part of a broader national strategy aimed at localising the Hit Network, which could be announced as early as Monday.

For Brisbane and Adelaide, the decision is a return to well-known heritage station names for local audiences. Brisbane’s Hit105 was called B105 until five years ago, while Adelaide’s Hit107 went by the name SAFM until October 2014.

‘Baptism by fire’: How Christian O’Connell won over listeners

In just two years Christian O’Connell has gone from being a British import with a “stiff upper lip” to Melbourne’s top-rating FM breakfast host, reports The Age’s Broede Carmody.

“The first six months was a baptism by fire,” O’Connell says. “There was a huge backlash.”

“I’ve been doing breakfast radio for 20-odd years,” O’Connell says. “But coming here I was a complete outsider. And not just an unknown, but the worst kind – a Pom. I was going to work every day and there were texts going, ‘Who are you, you’re not funny, go away.’ ”