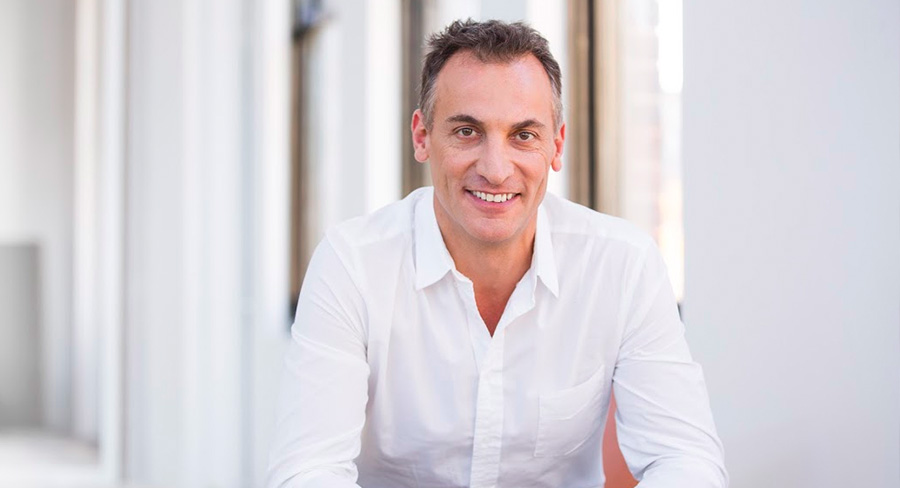 Bruce Gordon and Antony Catalano are moving to torpedo the merger of Seven West Media and Prime Media with combined shareholdings that are sufficient to block the deal even though neither is able to launch an alternative bid, reports The AFR’s Max Mason.

The move comes despite Prime telling shareholders on Monday that it would pay a special dividend to incentivise investors to vote in favour of the deal. Seven and Prime are considering their options.

Gordon said he would not support the Prime-Seven merger, because it did not offer good value to shareholders.

“We will not be supporting the scheme of arrangement as we believe that the proposal isn’t good value for current shareholders,” Gordon said in a statement.

“There is only one offer right now for Prime because other potential buyers are constrained by out of date media ownership legislation.”

Bruce Gordon blamed “out of date” media rules for the fact there was only one offer for Prime on the table, reports The Australian’s Leo Shanhan and Nick Tabakoff.

His statement indicated he would be interested in buying Prime if he could.

“There is only one offer right now for Prime because other potential buyers are constrained by out of date media ownership legislation.

“If the Minister for Communications was serious about the future of regional media companies, he would hasten the removal of the ‘one to a market’ and ‘voices’ rules in regional Australia and let Prime media have more than one potential buyer.”

Craig McLachlan, 54, a Gold Logie winner famous for roles in Neighbours, Home and Away and The Doctor Blake Mysteries, has pleaded not guilty to 16 charges including indecent assault and common assault, reports The Age’s Adam Cooper.

His lawyers argue the allegations either didn’t happen or if they did, the interactions with the women weren’t indecent. They also argue McLachlan had a licence to improvise and the kiss, for example, was in keeping with the feel of the show.

McLachlan was in court every day, either watching witnesses or writing notes and with partner Vanessa Scammell seated next to him.

The prosecution case closed on Monday and the matter will not return to court until March, when defence counsel Stuart Littlemore, QC, will argue that some charges should be quashed as his client has no case to answer.

Depending on which way magistrate Belinda Wallington rules, McLachlan could give evidence.

Her final ruling – whether McLachlan is guilty or not guilty – is not expected until May.

Reporting for duty: The Australian’s Class of 2020

Seven budding young reporters have walked into The Australian’s Holt Street headquarters to begin their careers as part of the national daily’s largest single investment in journalism, reports Zoe Samios.

The cadetship intake features reporters from all corners of the country, with each bringing vastly different experiences that helped them land the coveted roles at The Australian. 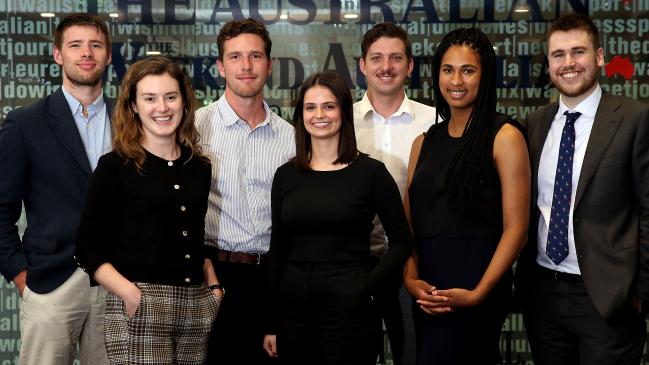 Editor-in-chief of The Australian, Christopher Dore, who started his career as a cadet at the newspaper, welcomed the group on their first day, saying the opportunity to begin their careers at the nation’s leading news organisation was an exceptional opportunity. “Many of the best journalists in the country, and many who have gone on to edit newspapers here and around the world, run TV stations, including the ABC, have all either started their careers here or have learnt their trade here,” he said.

Photo: David Ross, Angelica Snowden and Adeshola Ore have joined The Australian from Melbourne, while Simon Orchard hails from Perth. Sydneysiders Max Maddison, Lachlan Moffet-Gray and Imogen Reid were also part of the group chosen from a national search.

Vintage Malcolm Turnbull on Q&A as Tony Jones bowed out

It was Tony Jones‘ big night, but even the departing host knew where the real action was going to be on Q&A: poking Malcolm Turnbull until he carried on like … well, Malcolm Turnbull when he’s been poked, reports The Age’s Neil McMahon (who has recapped the show regularly for Fairfax and now Nine). 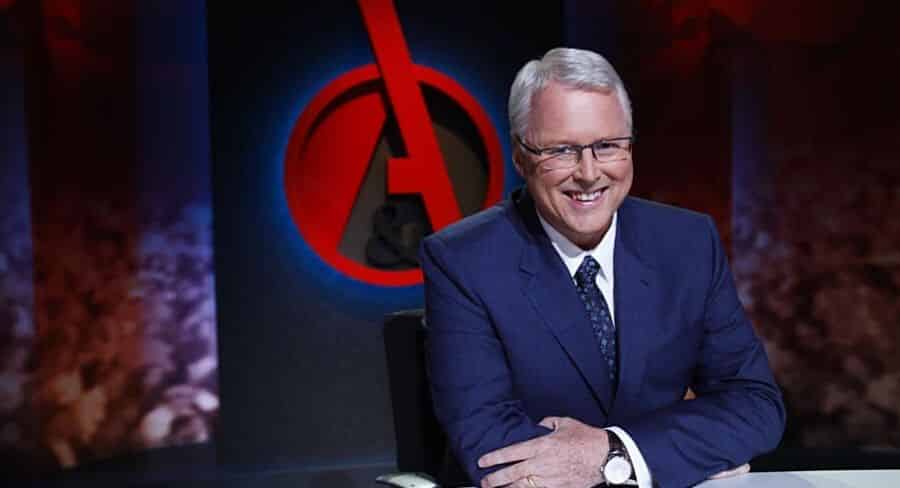 To open his final show as host, Jones noted that over the years there had been “almost 500 Q&As and many thousands of questions”.

Many of those questions have been aimed at Turnbull, who has a top 10 ranking in terms of Most Frequent Guests and a No. 1 ranking in terms of the number of different hats worn during those appearances – Opposition leader, backbencher, prime minister and now private citizen. He is back to his old day job – making squillions.

It was vintage Turnbull – all that was missing was the famous leather jacket – and a fitting nostalgia trip for Tony Jones and the show’s creator Peter McEvoy on their last run on the Q&A paddock. As is his way, Jones bowed out with little fuss. He said he would be back for occasional guest hosting duties filling in for successor Hamish Macdonald.

Music legends turn out for funeral of Andrew ‘Greedy’ Smith

The shirts bellowed with their brightness but the declarations of love were even louder as more than 300 family and friends of Andrew “Greedy” Smith farewelled the Mental as Anything frontman in Sydney on Monday, reports News Corp’s Kathy McCabe.

All were there to celebrate a life which has become indelibly linked with the Australian songbook … and the loveable larrikin was given one last standing ovation, clapped along to his signature hit Live It Up as he was brought into the chapel of the Macquarie Park Cemetery.

A wreath of flowers exploding with oranges and pinks and purples adorned his casket, flanked by his ARIA Hall of Fame trophy, an autographed copy of the Mental’s greatest hits and his beloved harmonica.

His fiance Fiona Docker opened two hours of tributes to the beloved musician.

The pair had knocked around as teenagers growing up on Sydney’s leafy north shore and reconnected almost six years ago at a gig.

H.G. Nelson gave the congregation the opportunity to laugh as he recast the proceedings in his inimitable style to the “Espresso Pongo Complex as we farewell a berserk warrior clad only in an alfoil singlet and underpants onto the next stage of his grand experience”.

Among those who came to say goodbye to the Mentals legend were Jimmy Barnes, John Paul Young, Simon Marnie, The Wiggles, Amanda Brown and publicist Dianna O’Neill.

During a live radio broadcast on Monday, Ryan suggested Jackson has a better chance of faking hand-offs because of the ball camouflaging with his jersey and skin.

“He’s really good at that fake, Lamar Jackson, but when you consider his dark skin with a dark football with a dark uniform, you could not see that thing,” Ryan said during his weekly segment Murph and Mac on KNBR.

“I mean, you literally could not see when he was in and out of the mesh point.”