Seven news attack in Washington raised with US government

The Australian embassy in Washington DC has reached out to the US State Department after a Network Seven reporter and cameraman were beaten by police outside the White House, reports AAP’s Peter Mitchell.

Australian Ambassador to the US Arthur Sinodinos said on Tuesday he was “aware of the treatment” inflicted on Seven reporter Amelia Brace and cameraman Tim Myers. 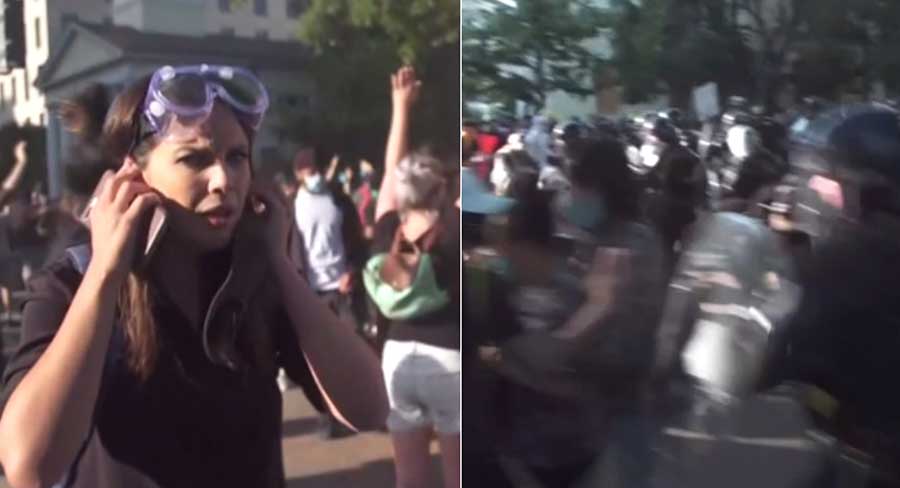 Brace was clubbed with a truncheon and Myers hit with a riot shield while covering peaceful protests in Washington DC’s Lafayette Square on Monday.

The beatings happened when police and National Guard units aggressively cleared the square to allow US President Donald Trump to pose for photos outside a church holding a bible.

Brace and Myers were shot with rubber bullets and struggled to breathe after tear gas was fired at the crowd.

Brace said they were “pretty bruised, but okay”.

Seven’s director of news and public affairs Craig McPherson described the police actions as “nothing short of wanton thuggery”.

“The attack on our reporter and cameraman in Washington today is nothing short of wanton thuggery,” he said.

“They weren’t in anyone’s way just simply doing their job.

“To be belted with an armoured shield and then our reporter cop a truncheon in the back is abhorrent.

“The Prime Minister has informed us he’s been in touch with our embassy in Washington to have the matter urgently investigated. We are making our own complaints through the appropriate channels.”

Ben Roberts-Smith was involved in seven unlawful killings as an Australian soldier in Afghanistan, including the ‘‘blooding’’ of a junior soldier by ordering him to kill an unarmed man, fresh witness statements allege, reports The Age’s Adam Cooper.

Roberts-Smith, a Victoria Cross recipient and former Special Air Service soldier, is suing The Age and The Sydney Morning Herald over reports he allegedly committed murder on overseas deployments. He denies the allegations and says the news reports are defamatory because they portray him as a war criminal.

The newspapers are defending the claim. A trial was to start in the Federal Court this month but has been adjourned because of social-distancing restrictions arising from the coronavirus crisis.

In an application to amend its defence, lawyers for The Age and The Sydney Morning Herald have lodged with the court new allegations Roberts-Smith was involved in two more unlawful deaths in Afghanistan in 2012.

Bianca Shugg (pictured) has been appointed as the group general manager – digital for the Grant Broadcasters Group and will be overseeing a restructure of the company’s digital capabilities. 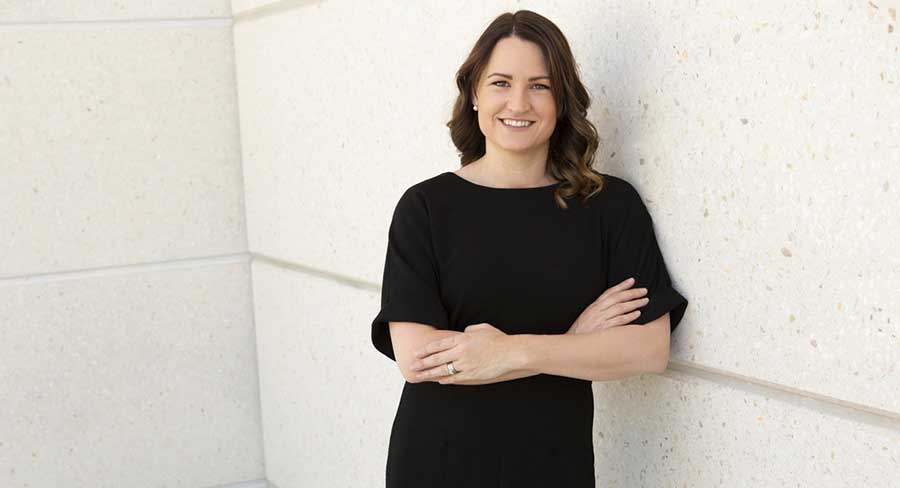 Announcing the restructure this week Grant Broadcasters’ CEO Alison Cameron said: “We are very excited about what the future holds for our newly aligned team and how we can work more effectively with content, sales and management to increase our digital footprint.

“Bianca and the digital leadership team are currently working on the mechanics of restructure, with particular focus on the product suites, workflows and processes.”

Shugg said: “We have an incredibly strong digital resource here at Grant Broadcasters and the restructure will bring extra focus on collaboration across teams and utilize the strengths of all digital members to increase our output both internally and externally.

“We have already launched a number of initiatives from helping clients through the challenges of a COVID 19 crisis by offering a simple and cost-effective local e-commerce solution to a total redesign and platform change to our 60+ station websites.

“The combined strength of radio and online is well known to savvy local advertisers and we will be able to extend this message across all our local markets.”

Shugg will report directly into Alison Cameron and the new structure will take effect from 1st July, 2020.

Times Radio has secured a number of high-profile journalists to present on the new digital radio station, which launches in June 2020, reports Press Gazette.

The station is part of Rupert Murdoch’s News UK, which also owns Talksport, Talkradio and Virgin Radio under its Wireless subsidiary.

It promises “provocative and well-informed” news and current affairs analysis, with no listener phone-ins nor the “old fashioned adversarial approach” to interviews seen elsewhere.

There will be no ad breaks, with sponsorship deals creating revenue instead.

One of the presenters familiar to Australian TV viewers is former UK Defence Secretary and TV presenter Michael Portillo will present a weekly Friday evening show looking at cultural highlights for the weekend ahead, showcasing the best of Times journalism, and reviewing the week in politics.

Portillo said: “My aim is to produce an entertaining and informative show that will engage listeners.”

Filmmaker Dylan River (The Beach, Mystery Road) tells TV Tonight he was adamant about not doing a second season with his young cast, but with the acclaim for the series he is working on a prequel.

“I’m looking for new stories but recently I’ve come to a bit of a realisation of where I can take the Robbie Hood story,” he said.

“It’ll be set in the 1980s and it’s going to be about Robbie’s mum, Robyn. So we’re just in the very early stages of development. But it’s very exciting and hopefully we’ll put that into production next year.”

The project is in development for SBS but River says he is exploring plans to expand his horizons to a much bigger scale.

“We made Robbie Hood on the smell of an oily rag,” he continues.

NRL blocks Telstra from streaming to secure extension with Nine

The NRL will block Telstra from streaming rugby league matches from 2023 as the governing body attempts to strike a five-year broadcast extension with Nine Entertainment Co, report The Sydney Moring Herald’s Zoe Samios and Michael Chammas.

The decision has upset Telstra, the naming-rights partner until 2022, but the code argues protecting the streaming rights will mark up its value when it returns to the negotiating table with Nine as early as next month.

Foxtel, in which Telstra has a 35 per cent stake, currently sells the streaming rights to the telco provider as part of a five-year $100 million deal. But under the NRL’s extended Foxtel contract, secured last week, the pay-TV operator is prohibited from on-selling in the 2023-2027 cycle.

The Foxtel extension, said by sources to be worth about $1 billion, allows subscription service Kayo to stream all eight matches. Should Nine, owner of this masthead, also agree to an extension until 2027, all games will be available through the television channel and 9Now streaming app. Telstra customers can currently access games for free through the NRL app and Telstra Live Pass.

Formula 1 has confirmed the 2020 season will begin in Austria next month – and revealed details on the first eight races of a new calendar. There is no indication of plans for a rescheduled Australian Grand Prix though as F1 announced double-headers for Austria and the UK.

Subscribers to Fox Sports and Kayo will be able to watch the season restart in the first week of July. 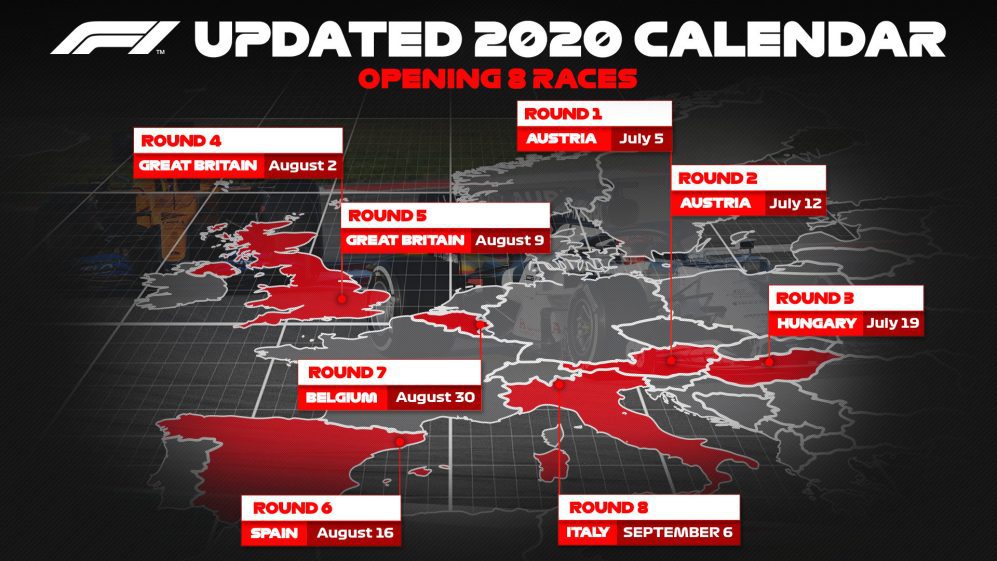 After racing was put on hold because of the coronavirus outbreak, F1, the teams and the FIA have been working to put together a plan to allow the season to begin safely, and today F1 chief executive Chase Carey outlined the first part of a revised calendar of races.

The season will kick off with the Austrian Grand Prix at the Red Bull Ring on July 5, followed a week later by a second race at the same track.

The Hungarian Grand Prix will follow a week after that, before a break. Then there will be two back to back races at Silverstone, followed by the Spanish Grand Prix at Barcelona.

Due to the ongoing fluidity of the COVID-19 situation internationally, F1 will be finalising the details of the wider calendar and hope to publish that in the coming weeks with an expectation of having a total of 15-18 races before completing the season in December. F1 currently expect the opening races to be closed events but hope fans will be able to attend again when it is safe to do so.

The health and safety of all involved will continue to be priority number one, with Formula 1 and the FIA having a robust and detailed plan to ensure the races maintain the highest level of safety with strict procedures in place.

Chase Carey, Chairman and CEO of Formula 1, said: “In the past weeks we have been working tirelessly with all our partners, the FIA and the teams to create a revised opening 2020 calendar allowing us to restart racing in the safest possible way.

“We are pleased to be able to set out our opening eight race calendar today and look forward to publishing our full calendar in the coming weeks.

“I want to thank every promoter and partner for their support and ongoing commitment to Formula 1.

“While we currently expect the season to commence without fans at our races we hope that over the coming months the situation will allow us to welcome them back once it is safe to do, but we know the return of Formula 1 will be a welcome boost to sports fans around the world.”