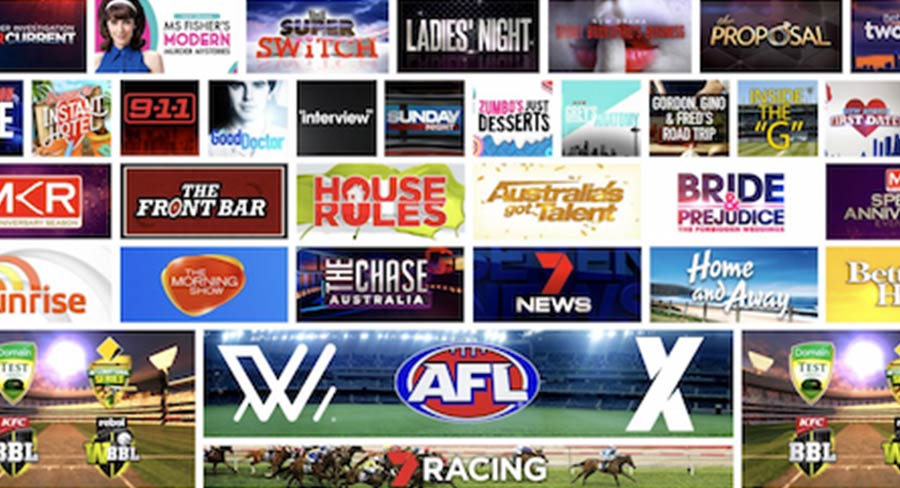 Grant Samuel is understood to have a close relationship with the company’s chief financial officer Jeff Howard, who was appointed in December after working as the CFO at Here, There and Everywhere.

It also had almost $115m in cash and equivalents.

Here, There & Everywhere chairman Hamish McLennan has dampened speculation the radio business will imminently look to cut a deal with oOh!media after it splashed $15 million on a stake in the outdoor advertising business, reports The AFR’s Max Mason.

Instead, the former Network 10 chief executive said HT&E will play a long game with oOh!media, which secured a $167 million emergency capital raising in late March, and saw San Francisco-based private equity firm HMI Capital, already a major shareholder, emerge with as much as 25 per cent of oOh!media, depending on where the retail offer for the funding lands later in April.

Muzzled Chinese media finds way to get around censors

At least half the information China’s leading media outfit Caixin unearthed in Wuhan has been suppressed, according to the editor who oversaw its investigation of the epicentre of the COVID-19 pandemic, reports The Australian’s Will Glasgow.

“I’d say we have reached 75 to 80 per cent (of the truth). And what has been published is around 30 to 40 per cent,” said Gao Yu in a Mandarin podcast released by Caixin, which confirmed the extraordinary censorship imposed on Chinese journalists.

His frank admission about what the four-person team could not report was itself expunged from an accompanying English-language transcript published by Caixin. Despite the systemic difficulties of operating in a media environment overseen by the Communist Party’s powerful propaganda department, Caixin has earned international praise throughout the coronavirus outbreak for its reporting.

The publication – backed by Tencent, the tech giant founded by China’s second-richest person, “Pony” Ma Huateng – was early to report on the “rumour-mongering” Wuhan doctors who late last year warned about a SARS-like virus, confirmed the existence of asymptomatic cases of the coronavirus in Hubei province and ­revealed that the province’s officials told a gene sequencing company to destroy samples of the new disease.

Industry and COVID-19: “Monumental works will be born of this moment…”

TV Tonight has asked some of Australia’s leading industry voices whether from our current adversity we might eventually find creative enterprise?

“There’s a lot to be said for ‘artistic’ isolation. My favourite example is the writing of Frankenstein. The facts seem to back up most of the legend. Mary Shelley was visiting Lord Byron in Geneva during the terrible summer of 1816. Stuck inside they invented a challenge; to come up with the best ghost story. I assume she won. The great poem Ozymandius was written in a similar challenge. Newton did his best work while isolated from the plague. Montaigne wrote his famous essays while self-isolating in a tower.”

“All but one of the most successful shows I’ve worked on had to survive the adversity of not being wanted, or even liked, by the networks that spawned them. No Darwinism here though, bad shows survive as frequently as good ones. And viruses are even less discriminating than networks often are. I’m glad to hope though that the pressure and rub of this time of weirdness and adversity can force us to focus on stuff that matters and we make something good.”

“If it’s true that great minds find inspiration in isolation then we will definitely see a burst of creativity beyond the present darkness (at least by those who are not home schooling)! In my experience there has never been a lack of great ideas in Australia – but simply the courage of those needed to bring them to life. In the words of Winston Churchill – ‘an optimist sees the opportunity in every difficult’.”

Killing Eve is back, but is this spy caper starting to wear thin?

Not long after the coronavirus lockdowns kicked off in March, the makers of hit show Killing Eve announced the early release of the new season, bringing MI6 agent Eve Polastri and psychopathic assassin Villanelle back into our lives two weeks ahead of schedule, reports The Sydney Morning Herald’s Genevieve Rota.

It’s a bit of good news for fans of the sexy and darkly comic thriller – but three seasons in, is the show starting to lose some of its steam? That’s one of the topics up for discussion among The Sydney Morning Herald and The Age‘s top TV critics in this week’s episode of The Televisionaries podcast.

Host Louise Rugendyke is joined by Spectrum deputy editor Kylie Northover and culture editor-at-large Michael Idato and one thing is clear: they’ve all invested plenty of time in the adventures of Polastri and Villanelle.

Idato says the excellence of Killing Eve‘s first season meant the show almost inevitably fell victim to the sophomore slump, a concept discussed in episode four of The Televisionaries.

“I have to say, season two wasn’t as great as season one, and season three really fell short for me,” Idato says. “I’m a bit like, are we here still?

[Read more and listen to the podcast]

The NRL has struck a deal for a $250m lifeline from a group of London banks and financial institutions, giving rugby league both financial breathing space and leverage in its negotiations with broadcaster the Nine Network, report The Australian’s John Stensholt and Brent Read.

A huge line of credit, which could also come with support from the federal government, will be drawn down by the sport’s governing body and dispersed to needy NRL clubs within weeks, staving off the need for funds from Nine before the competition resumes.

The money will be secured against future income the sport ­receives, including broadcast and sponsorship revenue under contract until at least 2022, rather than a particular asset.

Australian Rugby League Commission chairman Peter V’landys emerged from a key meeting with Nine chief executive Hugh Marks on Tuesday in Sydney, saying he was “buoyed by Mr Marks’s support for rugby league and his commitment to the game”.

The long-term financial viability of rugby league in Australia will be on the table in talks between the NRL, Nine and Foxtel over the next week, as sports administrators and broadcast partners look to rework the code so it does not find itself in a similar cash-strapped crisis in the future, reports The AFR’s Max Mason.

In a statement yesterday after meeting Nine CEO Hugh Marks, the ARLC chairman Peter V’landys made no mention of the mooted May 28 starting date that has been widely reported. Nine and Foxtel declined to comment.

“Our next meeting, where we will endeavour to construct a road map for the game this year, must include Foxtel CEO Patrick Delany.”

V’Landys, Marks and Foxtel chief executive Patrick Delany are expected to discuss a 2020 season, what games would be played and what fees would be paid, as well as the make-up of the current and future broadcast agreements in meetings later this week or next week.

Channel Nine has outlined a vision of its preferred future NRL television deal at a crisis meeting with ARLC chairman Peter V’landys, with the free-to-air broadcaster favouring two exclusive games per round as part of an extended rights contract, reports The Sydney Morning Herald’s Michael Chammas.

After Nine boss Hugh Marks met with V’landys at Racing NSW headquarters on Tuesday, sources close to the negotiations told the Herald Channel Nine, wanted to give up the Thursday night game and concentrate on its traditional Friday night and Sunday afternoon time slots.

It also hopes pay-TV broadcaster Foxtel, who will join Nine and the NRL in negotiations later this week, can be convinced to relinquish its Friday 6pm game as part of a new rights deal that would do away with the current simulcast arrangement.

“Today, Nine CEO Hugh Marks and I had a constructive and co-operative meeting about rugby league in 2020 and beyond,” V’landys said in a statement after the meeting.

The Herald has been told by sources with knowledge of the meeting that Nine also expressed its preference to wipe the 2020 season, in stark contrast to V’landys’ push for a May 28 restart. The end result could fall somewhere in the middle.

TV ratings for Sydney racing rise 40 per cent in absence of NRL, AFL

With no major football codes to compete, Sydney racing has emerged as the big broadcast winner after its free-to-air TV ratings surged nearly 40 per cent on two of the past three Saturdays, reports The Sydney Morning Herald’s Christian Nicolussi.

On the same weekend the major winter codes were suspended because of COVID-19, an average 93,000 city viewers watched Verry Elleegant win the group 1 Tancred Stakes at Rosehill for Chris Waller on March 26. It was a 36.4 per cent jump on the previous year.

The following weekend, Seven enjoyed a 41 per cent spike when an average 118,000 metropolitan viewers plugged in for day one of The Championships at Randwick.

Last weekend’s ratings, obtained by The Herald, showed a 30 per cent dip, but only because Winx farewelled the sport at the corresponding meeting last year. The average 120,000 viewers was one of the highest numbers to watch the action unfold at the Australian Turf Club in three years.