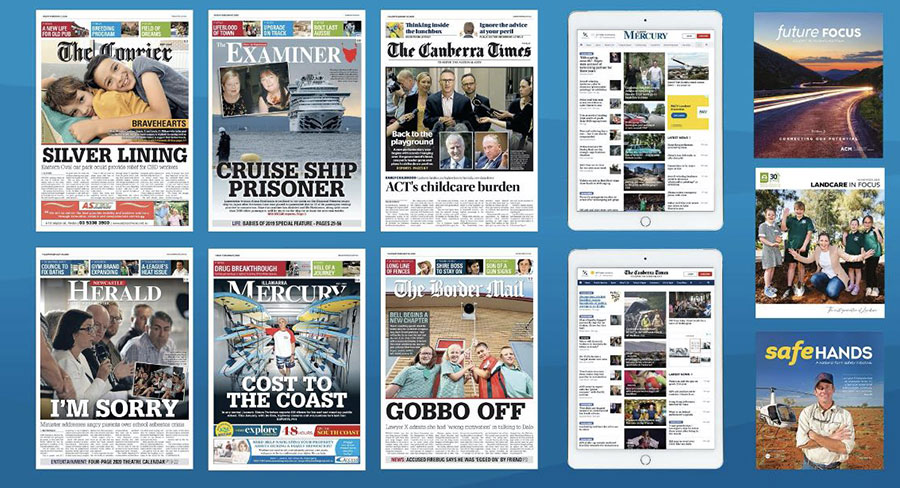 • Regional publisher to close more than 30 offices around Australia

Media company ACM reported yesterday that printing operations at four press facilities and the production of a number of non-daily newspapers will be suspended due to the coronavirus pandemic and employees associated with the print sites and products stood down until the end of June.

The printed editions of ACM’s 14 daily newspapers, such as The Canberra Times, Newcastle Herald and The Border Mail, are not affected and will continue to be available, along with the weekly editions of the company’s leading agricultural publications, such as The Land in NSW, Farm Weekly in Western Australia and Queensland Country Life.

The Newcastle Herald reported last night The Maitland Mercury is among 10 Hunter newspapers which will stop printing until at least the end of June.

The Mercury, which now publishes three times a week, started in 1843 and is the oldest regional newspaper in NSW. The Media, Entertainment & Arts Alliance said it is weighing up whether to take ACM to the Fair Work Commission for failure to consult about the changes, in breach of the company’s enterprise agreement.

Director of MEAA Media, Neill Jones, said staff had been kept in the dark by management and only became aware of the decision at the same time as the public.

“ACM management is legally required to consult with staff representatives, including MEAA, before undertaking any major changes to operations,” Jones said. 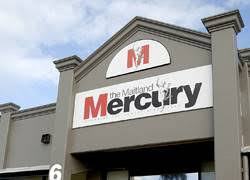 Jones added the Federal Government could no longer ignore the crisis in Australia’s regional media.

“ACM is Australia’s largest owner of regional and rural publications, and for a company of this size to be closing down mastheads is more evidence, if any was needed, that the future of regional media in this country is under threat,” he said.

“Advertising revenues have been devastated by coronavirus, and we have seen close to a dozen mastheads close in the last fortnight while the Communications Minister Paul Fletcher has sat on his hands.”

The Canberra Times reported in a message emailed to staff on Tuesday, ACM executive chairman Antony Catalano said the company had been “working tirelessly to try to maintain a full level of services and meet the needs of our team members, customers and the community”.

But the COVID-19 pandemic’s impact on the economy had “affected significantly” ACM’s revenue from advertising and external printing contracts.

“For reasons beyond our control, we cannot sustain the same level of useful work or costs moving forward,” Catalano said.

“Accordingly, we have no choice but to temporarily cease some of our publications and temporarily close our printing sites in Canberra, Murray Bridge, Wodonga and Tamworth from April 20 until June 29.

“Regrettably, this means that for some of our employees across the business there will be no useful work available, and they will be stood down from work in accordance with the provisions of the Fair Work Act.”

Some other employees would be asked to reduce their hours “where there remains some limited useful work that can be performed” while company executives had already agreed to voluntary pay cuts.

Catalano said ACM was “closely assessing our eligibility for the government’s JobKeeper payment and intends to register as soon as we are eligible to do so”.

In his note to staff, Catalano added COVID-19 was “affecting all our communities”.

“We are aware that this is a very challenging time and every person across the business is being impacted,” he said

“At this stage it is not possible to say when we will be able to resume normal operations. We are closely monitoring developments and will keep employees updated as things change.”

While operations at ACM’s printing facilities at Canberra, Wodonga on the NSW-Victorian border, Tamworth in NSW and Murray Bridge in South Australia will be halted from Monday, continuing printing work – such as of daily newspapers – will be redirected to other press sites.

The affected mastheads will continue to have websites, but these will be propagated by shared regional content, said The Newcastle Herald.

The company told staff it would reassess the newspapers’ futures at the end of June but offered no guarantees they would reopen.

Large numbers of ACM staff have been working from home since early March as part of a company-wide response to official government directives on social distancing.

In recent days, ACM has given notice to the landlords of more than 30 small offices around the country that it intends to exit lease arrangements to reduce rental costs across the business.