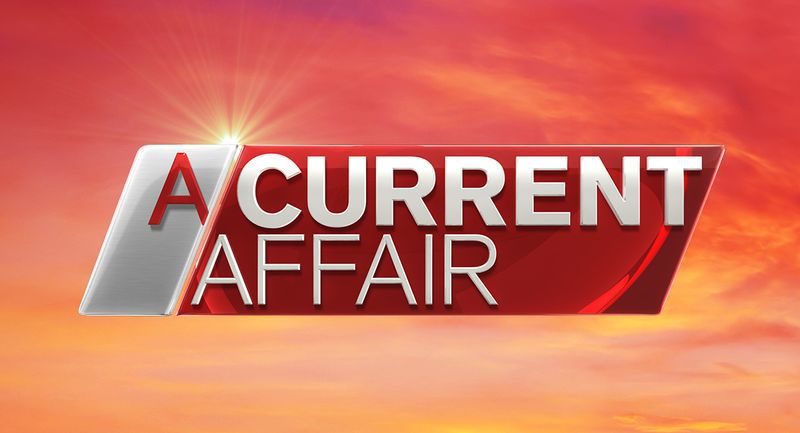 NBN push for fibre to the home: Will cost around $149 monthly

The NBN Co will spend $4.5 billion over the next two years to provide almost 10 million households and businesses with the option of high-speed fibre connections, in a change of political direction by the Coalition government, The AFR’s Phillip Coorey.

Years after building a controversial system which mostly used copper to connect homes to fibre nodes in the street, the government will announce on Wednesday an upgrade which will devote $3.5 billion to laying high-speed fibre cables down streets past homes.

Householders looking for vastly higher web speed will be able to have their homes connected by fibre to the network free of charge. They will, however, pay higher prices for their broadband plan, in line with the $149 a month paid by consumers already connected directly by fibre.

These prices will continue to be set by retailers.

On Tuesday, NBN Co announced a similar plan for business. At a cost of $700 million, about 1.4 million businesses would be eligible to have fibre rolled out to their premises free of charge. It will spend an additional $300 million improving internet services in the regions.

The announcement of a fresh $4.5 billion investment in the nation’s broadband infrastructure is a moment that countless Australians have been howling in frustration for since the Coalition tore up Labor’s original plans for a majority fibre to the premise network, back in 2013, reports The AFR’s Paul Smith.

Under the stewardship of Malcolm Turnbull as communications minister and Tony Abbott as prime minister, the government decided that a copper and HFC (cable TV infrastructure) laden multi-technology-mix would be both cheaper and more quickly deployed than the fibre network it frequently described as “gold-plated”.

Under the new plans, 75 per cent of households will have access to one Gigabit per second (Gbps) speeds by 2023, which is light years ahead of what customers on fibre-to-the-node plans can currently achieve.

News Corp shares crept higher with an up market in the US this week following its Dow Jones investor day, where the company laid out expectations for subscriptions and advertising, comments US analyst Jason Aycock.

Loop Capital reiterated its Buy rating, saying a sum-of-the-parts analysts implies that Dow Jones is materially undervalued. The company says it thinks the total addressable market is 12m domestic paying subscriptions, vs. today’s total of 3.3m; and Loop notes Dow Jones has already reached deals with Facebook and Apple, with ongoing negotiations for other properties.

While other news media divisions have seen profitability decline, Risk & Compliance is growing at a compound annual rate of 24%.

J.P. Morgan reiterated its Neutral rating and a US$16 price target (9% upside).

One of the country’s top TV executives says the tyranny of distance means a WA government plan to set up a film studio would need a better foundation of people skilled up in TV and film roles to be viable, reports WAToday’s Hamish Hastie.

In August the McGowan government announced it was seeking proposals from the private sector to build and operate a film studio in Western Australia with a sound stage up to 3716 square metres big.

David Mott has been in the TV industry for more than 40 years and is the head of ITV studios Australia, which produces shows such as The Chase, The Voice, Love Island and I’m A Celebrity, Get Me Out of Here.

The former Channel 9 Perth boss said ITV bosses were having ‘conversations’ about what a WA studio could look like and the state ticked a lot of boxes for a television hub including amazing locations and weather, but WA’s ‘creative spine’ would need to be bigger and healthier.

“We talk about editors on The Voice, there probably aren’t too many of those sorts of people over there,” Mott said.

“I don’t mean for this to be a negative, there would need to be a community, a hub of specialist people that saw it as a great opportunity to live in an amazing state but to know there was work over there.

“That could be a controversial comment to make but it is certainly something that we look at.”

Under the WA government’s plan, it was envisaged the screen facility would sit within a 20 kilometre radius of the Perth CBD, close to public transport and with the potential for future expansion.

In its proposal the government said the facility would also need to be designed to meet the needs of the games and immersive technology sectors.

UK politician takes a gamble and joins the Murdoch orbit

Former British Labour parliamentarian Tom Watson has signed on as an adviser to Flutter Entertainment, reports The AFR’s Myriam Robin. Which was unexpected, given Watson’s work to limit the harmful effects of gambling while he was in Parliament. Not to mention comments he gave to the BBC in 2014 calling the company “dirty”, after it took bets on the outcome of Oscar Pistorius‘ murder trial.

These days, Watson says he plans to use his new role to “drive positive change” and “protect those who may be potentially vulnerable to harm”. In other words, he wants to do good inside the tent. While being paid what Flutter assured the British press is “less than six figures”.

Still, we wonder if Watson figured on spending his post-parliamentary career enriching Rupert Murdoch? Or, at the very least, sanitising his investments.

Here in the antipodes, the Labour firebrand is best known for his role as a lead interrogator and fierce critic of News Corp during the phone-hacking scandal. And a good portion of Flutter – the owner of SportsBet, BetEasy and Paddy Power – has plenty to do with the Murdochs.

The family’s broadcast business, Fox Corp, is a major shareholder and commercial partner of Flutter.

A Queensland tradie who claims he has been ridiculed on a tabloid television show and dubbed “Australia’s rudest repairman” has asked a court to force the TV network to pull its story from the internet, reports News Corp’s Vanda Carson.

Byron Cockburn, 59, owner of Brisbane-based Same Day Appliance Repairs Pty Ltd, alleges A Current Affair ran a defamatory story on him on televisions nationwide on September 6 where it called his business practices dishonest, saying he overcharged customers and claiming he told an unhappy customer he hoped her house would burn down.

He alleges the report by staffer Chris Allen greatly injured his character, credit and reputation and brought into public hatred, ridicule and contempt, according to documents filed in the Federal Court in Brisbane.

Cockburn has asked the court to force the Nine Network to take the story down from Facebook and various websites and to be permanently ban the network from republishing the story.

Nine Network Australia has not yet filed a defence to the claims.

The case is due in court on October 13 for its first case management hearing.

The billionaire businessman referred to Reeve as having just “been made redundant”.

“I’m so sorry,” Stokes said on July 3, according to court documents seen by news.com.au.

That same day, Seven West Media chief operations officer Bruce McWilliam emailed Reeve to say he was “part of the DNA of this place since before I can remember”.

In another email on July 16, he wrote: “You’ll leave a big hole as you’ve been part of the weekend line up for so long. Won’t be the same without you as you’re part of our DNA.”

Reeve is now suing Seven and has filed a statement of claim in the Federal Court over entitlements he believes he should have been paid, alleging a breach of his “ongoing contract” and misrepresentation as to his employment.

“The ongoing contract did not permit Seven to unilaterally cease making the payment of salary to Reeve, or in the alternative fees to SRP,” the papers allege.

How radio host went from homeless to multi-millionaire

Earlier this year, the Kyle and Jackie O Show marked 20 years on-air and Sandilands told Confidential that the show’s success has been mind-blowing.

“It’s almost ridiculous to think that… My aim was to be good enough to maybe go to the Gold Coast one day and maybe do a practice show at the Gold Coast, that’s when I was in regional Queensland that was my aim,” he said.

“So it’s been a really wild and fun ride and because of my anti-authority drilled into my system for some reason as a kid, I just took that through the whole radio business.

“Old bosses used to threaten to fire me saying, ‘you can’t say this, you can’t do that’. I was like ‘well I can just be me’, I can’t really do anything [about it]. So if you don’t want me to do what I do, maybe you shouldn’t have hired me.”

The KIIS FM host, 49, became homeless during his teenage years after getting kicked out of his family home.

He eventually quit hard partying and heavy drinking, which helped him stay focused and progress at Townsville radio.

He said he’s reminded of just how far he’s come whenever he goes back to his hometown.

“It’s when I go back to Brisbane and I drive down a street that I used to walk around when I was homeless, that’s when it really comes back as a real feeling but other than that it’s a distant memory,” he said.

“It’s been more successful than I thought. It was just a little side project and it was only ever going to be available online and on our website. It’s doing very well,” said Sandilands, who rarely drinks.

The Chaser released a video this week taking the piss out of The Star Casino’s handling of Covid safety.

Proving again The Chaser should have its own regular TV show, the low-budget but hilarious prank has passed 600,000 views and is heading toward 1,000,000.

The stunt – performed by newcomers Aleksa Vulovic and Alex Apollonov – involves the Chaser comedians repeatedly attempting to get into The Star, while pretending to have Covid.

The duo tried their best to gain access to the Casino while looking like they should be turned away, from dressing in hospital gowns to giving themselves 48 degree fevers using a concealed heat-pack. Surprisingly they were still allowed entry to the casino. “My head was still really hot after I got inside,” said Alex. “I must have drunk 3 or 4 of their complimentary water bottles. They’re obviously very used to catering for sick customers.”

Aleksa reckons that The Star staff seemed more interested in how much he was prepared to lose at the Casino than his health: “When I rocked up with my hospital gown and drip, the first thing they asked me was whether I had a star casino gold membership card.”

The Star was fined $5000 in July for crowding too many people into its venue in breach of public safety rules. “One of the security guards had a missing button on his blazer. You could immediately see how much the casino has been suffering financially since they had to pay a whopping $5000 fine for their previous Covid offences,” said Aleksa.

Alex: “Next time we want to sneak drinks into the casino we’ll just put them in a hospital drip bag.”

The Chaser say they are not worried about retaliation from The Star. “There’s no point suing us, we already lost all our savings on big wheel during our filming breaks,” said Aleksa.

The shoot didn’t all go according to plan. “The cops arrived as we were preparing ourselves in the park, saying numerous bystanders had reported an escaped hospital patient,” said Aleksa.

The Chaser’s managing editor Charles Firth said: “The Star Casino doesn’t care about the well-being of its patrons under Covid. So it’s exactly the same as before Covid.”

There will be more revelations about the video shoot on the new Chaser Report podcast this week.