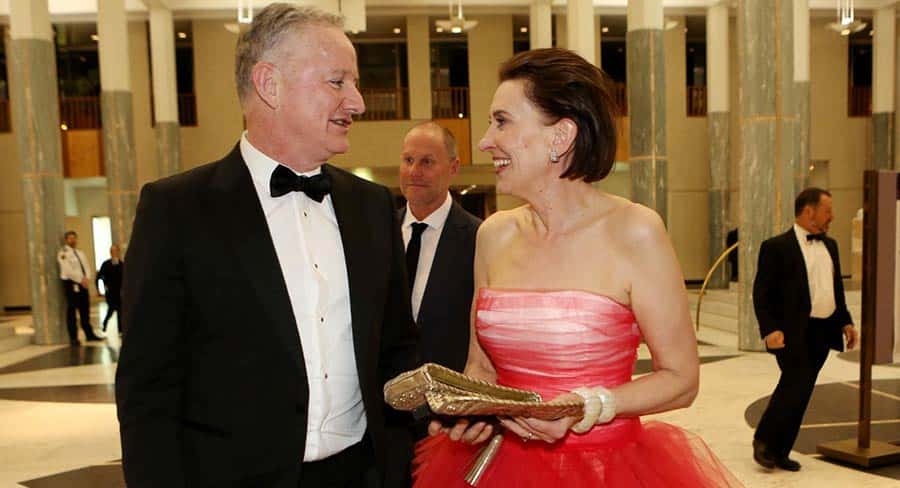 The merged business, top be known as BCW, would be led by managing director Pamela Klioufis. WPP AUNZ said there would be no redundancies as result of the merger and that the decision to join the businesses was not based on “cost efficiency”.

The latest move also follows the mergers of J. Walter Thompson and Wunderman into a new group known as Wunderman Thompson, as well as the joining of VML and Y & R to form VMLY & R, ahead of the arrival of new WPP AUNZ boss Jens Monsees on 1 October.

TEG has announced Anton Berezin and Theresa Borg are departing as the Managing Director and the Creative Director of Life Like Touring and The Entertainment Store, which they founded together 20 years ago.

Geoff Jones, CEO of TEG, paid tribute to Berezin and Borg for a legacy which has helped TEG become Australasia’s leader in live family entertainment and one of the top three businesses of its kind globally in the fields of theatrical and experiential events.

“Both Anton and Theresa have made a huge contribution to the development of the businesses and we are very grateful for their contribution since they joined the TEG family in 2016,” said Jones. He added: “I am delighted that Tess will continue work with TEG as a director and writer on various future projects.”

Berezin said: “Theresa and I have enjoyed this great journey together over the last 20 years. We are grateful to have worked with wonderful colleagues and clients who have become our friends and especially for the contribution of our long-time business partner, Troy Sussman.

“It was always the plan when we joined TEG that we would continue to build the businesses over a three-year period. I have since rediscovered my love of performing and that is where I see my professional future. We leave the business in great hands with TEG and the brilliant, dedicated team at Life Like and The Entertainment Store. I wish Geoff and everyone at TEG all the very best for the future.”

In The Australian, Margin Call columnists Will Glasgow and Christine Lacy detailed the seating arrangements at last night’s Midwinter Ball at Parliament House:

Over on the Nine table chief executive Hugh Marks and his government relations exec Clare Gill had a special Liberal guest for the Ball.
Of course they did!

Weeks after the Nine duo hosted Prime Minister Scott Morrison and his cabinet for a Liberal Party fundraiser at the media company’s Willoughby studios, who should they have this time?
Marks went with his buddy from his junior lawyer days, Morrison’s Communications Minister Paul Fletcher.

Tanya Plibersek was with the Guardianistas, and Peter Dutton was with Sky News.
Recent press champion Mark Dreyfus joined Campbell Reid on the News Corp table.

Not everybody was impressed by Margin Call’s reporting though.
The column wrote about an unnamed ABC guest “shouting on her Qantas flight” about the treatment of her ball gown.

A shoutout to the gorgeous @Qantas staff who looked after me, and a frock, tonight: nobody shouted, nothing was stuffed – except for this bullshit in @australian.

This year’s Midwinter Ball was the first time the leaders’ speeches have been placed on the record, after several occasions in prior years when the speeches were leaked, reports The Sydney Morning Herald’s Latika Bourke.

The off-the-record rules were designed to allow working journalists the night off and an opportunity for the leaders to poke fun at themselves and each other.

“It’s on the record, when was it ever not,” Morrison said at one point.

However both leaders steered clear of any overly provocative jokes and delivered largely unfunny speeches.

Stokes said the article dealt with deeply personal and traumatic events more than 30 years ago and he has ignited a debate about media ethics, insisting his name has been used as an excuse to shatter the privacy and private lives of his parents.

“It is hard to find words that adequately describe such low and despicable behaviour, disguised as journalism,” Stokes said.

The furore erupted after the Sun newspaper ran an exclusive front-page story about the tragedy surrounding the double murder of Stoke’s half-sister Tracey, aged eight and his half-brother Andrew, four, that happened three years before Stokes was born.

The tragedy was extensively covered in New Zealand media at the time. 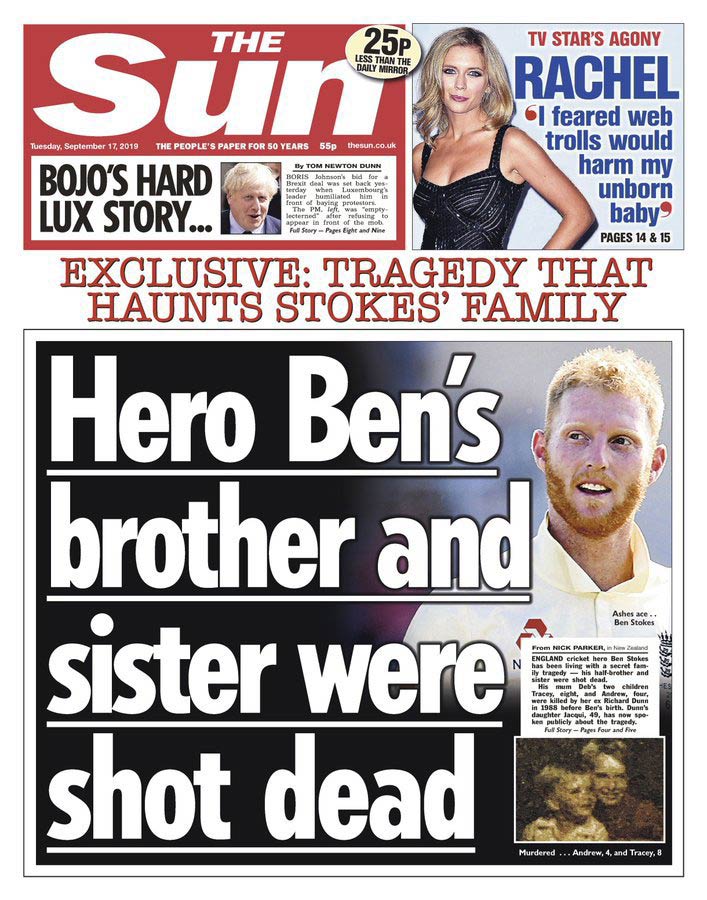 The ABC has announced Jan Fran as the host of this year’s OzPod conference. The journalist and presenter is the host of Sexism in the City and co-host of The Few Who Do and will bring her industry know-how and quick wit to the day.

Newly announced speakers include Marlee Silva, whose grassroots social media movement to empower Indigenous women led to the Tiddas 4 Tiddas podcast. Silva will join Marc Fennell, Download this Show and The Few Who Do and Sam Loy Human/Ordinary to discuss how to take your podcast from an idea to the listeners’ ears. 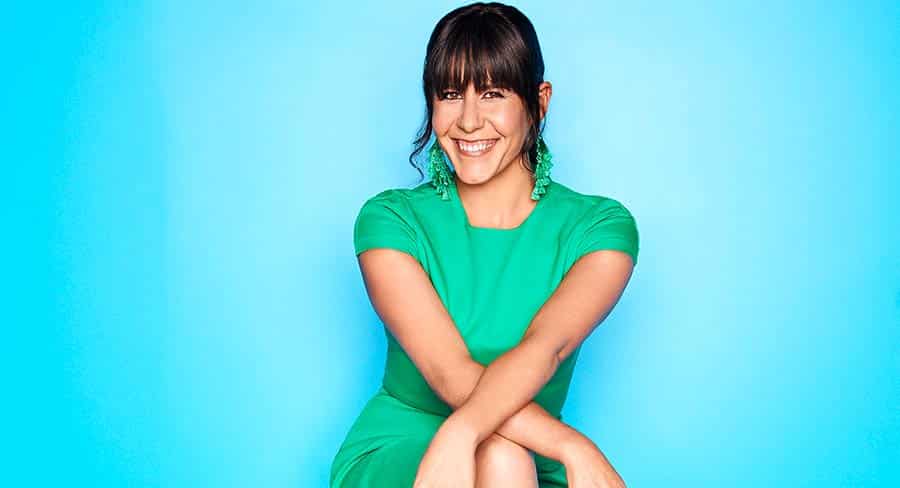 Monique Bowley, executive producer with ABC Audio Studios behind hit shows including The Pineapple Project and Fierce Girls, who previously helped build the Mamamia podcast network, will share her insider knowledge on how to perfect your podcast pitch.

Ange Lavoipierre of ABC’s The Signal, Elizabeth Kulas, 7am and Laura Murphy-Oates, 2018 Walkley Young Journalist of the Year and host of the soon to be launched Guardian Australia news podcast will debate what it takes to make a successful news podcast and how the medium is changing the way we digest the news.

Pocket Casts has long been our favourite way to find, subscribe and listen to podcasts, reports The Age’s Peter Wells.

The app, available on Android, iPhones and the web, is simple enough for first-time listeners to get started, while still giving podcast power-users the ability to tweak every setting. For almost a decade, Pocket Casts charged a small fee for its apps, but starting from today those apps are free.

All the current features of the mobile apps, including variable playback speeds, smart filters and sync between devices are available for free, and Pocket Casts has even added a new feature for this release, the ability to sideload any audio or video files into the app, to take advantage of its smart playback controls.

Pocket Casts, created by a couple of podcast fans in Adelaide, started life as an independent alternative to Apple’s podcast ecosystem. The app was the first to offer a truly mobile podcast experience, allowing its users to download episodes directly to a phone, rather than syncing over iTunes.

Australia’s television industry is in mourning following the sudden death of a young TV producer who was set to “dominate the industry”, reports news.com.au’s Nick Bond.

The Project host Waleed Aly led the flow of tributes during Tuesday night’s episode, announcing the death of “a friend and colleague”, Carla Bellomarino, aged just 29.

Aly said he was “devastated” to announce Bellomarino had passed away in the early hours of Saturday after suffering a sudden cardiac arrest.

“She was only 29 years old. She worked at The Project with us in several departments over several years – she was a massive part of our team,” said Aly as photos of Bellomarino flashed on screen.

“She was full of life, she was a go-getter, she was going to dominate the television industry, there’s no doubt about that. But more importantly, she was hilarious, she was extraordinarily kind, she was always happy, she smiled easily. It was a genuine pleasure to be around her at every moment. So everyone here at The Project sends their condolences to her parents Vita and Frank and her twin sister Lucy. We want her family to know that we will definitely remember her.” 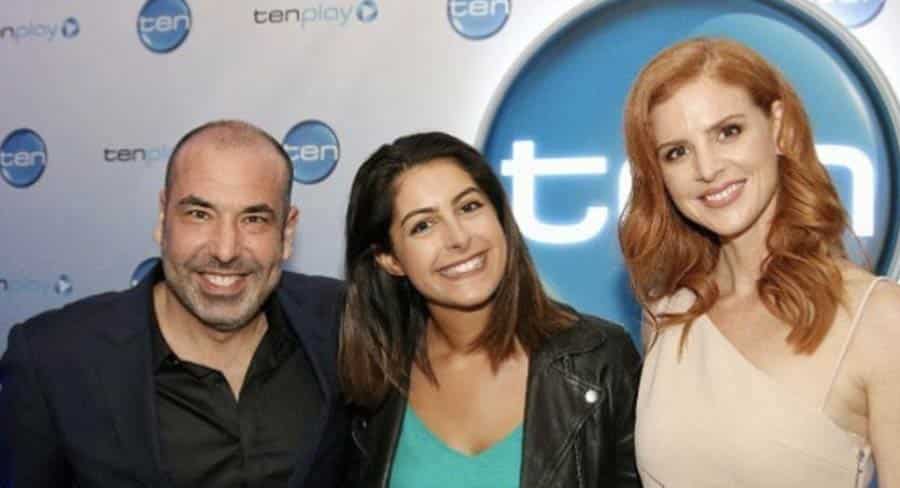 As will many others – The Block judge Shaynna Blaze shared her own memories of Bellomarino when The Project’s tribute was posted online.

“Thank you so much for your beautiful words about Carla. I worked with her many years at 9 and she as you said was lively, fun and just incredible at what she did. Will be so sadly missed,” she wrote.

Photo: Bellomarino with stars of Suits when they visited The Project

From Disney+ to Apple TV+: How the streaming war will be won

The next wave of streaming service launches will push the number of global video subscriptions to nearly 1 billion in the next five years, writes Simon Murray in The Hollywood Reporter.

That’s a remarkable number considering streaming video barely existed a decade ago. But despite the plethora of options, just four platforms – Netflix, Amazon Prime Video, Disney+ and Apple TV+ – will hold nearly half of global subscriptions by 2024, according to my analysis at Digital TV Research.

Though Netflix and Disney+ are often pitted against each other in conversations about the race for subscribers, it’s not those companies that need to worry. Both offerings can and likely will thrive without one snatching subscribers from the other. Netflix is augmenting its current subscriber base in emerging markets whereas Disney will push forward through its global brand recognition and the depth of its content library. It’s the smaller players that will need to change their strategies to compete on a global level.

Disney+, which launches Nov. 12, will have 82 million subscribers around the world by 2024, according to my forecasts.

Disney+ will be bundled with Disney’s Hulu and ESPN+ for $13 per month, a $5 discount compared with what it would cost to sign up for each of these platforms separately.

I expect this strong push to give Disney+ 29 million U.S. subscribers within five years, a quarter of all U.S. subscription additions forecast during the period. Internationally, where Hulu and ESPN+ do not operate, Disney will need to rely more on its brand, robust content slate and lower price to attract subscribers. But the global market is becoming increasingly important to a streamer’s long-term ability to succeed, and international subscribers will make up a projected 65 percent of its subscriber base by 2024.