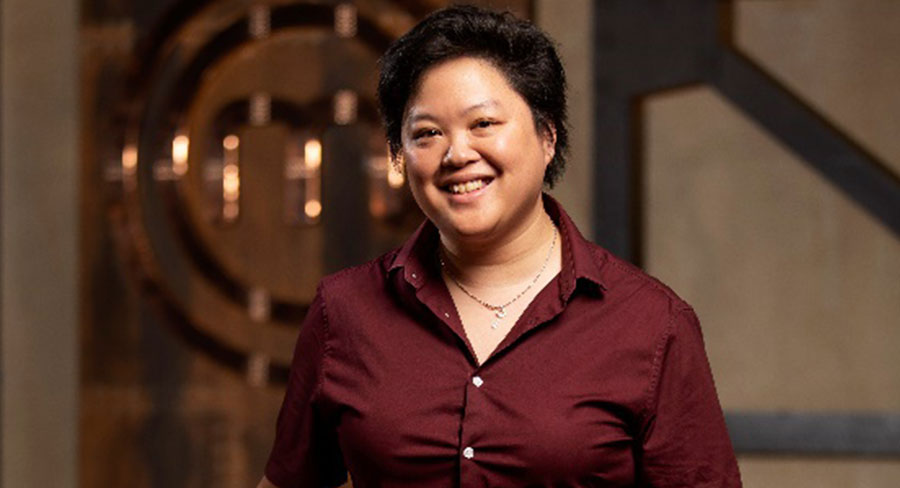 Tiong, 29, was doing the rounds of media after her shock elimination from the top rating cooking show on Tuesday night when the incident occurred with Triple M Sunraysia breakfast host Matman.

“Today, in an Australian radio interview with Triple M Sunraysia, the host greeted me by saying, ‘ni hao ma’,” Tiong wrote in a post on Instagram.

“I do not believe this went to air. However, I felt uncomfortable and shocked. The call was immediately ended. This is racism. What an insensitive, tone deaf thing to say. Please, check yourself and do better.”

Tiong, whose mother is of Malaysian descent, was born and raised in Sydney.

Asian fusion cooking has been a signature for her throughout the MasterChef competition.

Matman, whose real name is Matt Jonsen, apologised for his comments.

“Triple M Sunraysia unreservedly apologises for the offence caused by comments made to Sarah Tiong off-air this morning,” a spokeswoman for the station said.

Questioned by one of her more than 90,000 followers on whether or not the radio host was racist or “trying to be cultural or respectful”, she doubled down on her stance.

“It is racist to assume I identify as Chinese and speak the Chinese language,” she responded.

Erin Molan has reiterated her apology for what she has called a “clumsy and inappropriate” radio segment, reports News Corp’s Jonathon Moran and Karlie Rutherford.

The mother of one has been at the centre of controversy after she was accused of mocking the names of Pacific Islander rugby league players during 2GB radio’s Continuous Call Team show.

“There was no discussion or segment last Saturday regarding how to pronounce Polynesian names – nor was I attempting to pronounce or ‘mock’ a Polynesian player’s name,” Molan said.

“My remarks were an attempt to reference a story that’s been told multiple times on-air. They were clumsy and inappropriate. I apologised on-air last Friday and that apology stands.”

Breaking her silence, Molan was highly critical of online publication The Daily Mail and claims to be consulting defamation lawyers.

“The words ‘in-joke’ or ‘inside joke’ have been directly attributed to me by the Daily Mail in headlines and the body of articles multiple times,” she said. “It has also been repeated as fact in numerous other publications and in personal and public social media posts. The quote is completely made up.”

She added: “The reporting of this has been some of the most inaccurate, irresponsible and malicious I have seen. I have engaged a specialist defamation law firm. I have the utmost admiration and respect for the Polynesian community – especially those who play our game.”

Lilley’s questionable depictions of characters in a range of shows have previously raised questions about racial discrimination. Now they have run afoul of the global re-evaluation of Black people’s position in society, and their on-screen portrayal, following the death of George Floyd in the custody of U.S. law enforcement.

Deadline previously reported that the four programs include Angry Boys, Summer Heights High, We Can Be Heroes and Jonah From Tonga.

Netflix offered no direct comment on the matter, but confirmed to Variety that four shows starring Lilley have been removed permanently. Unlike HBO Max’s treatment of classic film Gone With the Wind, the four shows will not return with a disclaimer or other warning.

Lilley also features in the series Ja’mie: Private School Girl and Netflix original Lunatics, which features a South African character called Jana. Both will remain on the service.

But Mehigan, who helmed the show with Matt Preston and George Calombaris for 11 seasons, said he hasn’t watched the new series with new judges Jock Zonfrillo, Andy Allen and Melissa Leong.

“I look at the three MasterChef judges now and I go ‘You see? That’s what they should have got.’ They are slim and they are gorgeous, they are well dressed,” Mehigan told the Food Bytes podcast with Sarah Patterson, available online on Wednesday.

“If you look at the pictures from when we first started, I mean, that was ridiculous casting … we were kind of the unlikely trio.”

Mehigan isn’t watching the new season of MasterChef, featuring past contestants having another shot at the title, because he was there the first time.

“I’m really excited about the new phase of my life,” Mehigan said. “We had one off, once-in-a-lifetime experiences with those contestants. I don’t need to see them have another go.”

Mehigan, Preston and My Kitchen Rules judge Manu Feildel will feature on the new Channel 7 cooking show, Plate Of Origin. Mehigan said the planned 30-episode series was slashed to 10 because of the COVID-19 pandemic.

How David Koch became our most successful breakfast TV host

“Do we need hard hats?” asks David Koch, stepping into a building site on an upper level of a gleaming Sydney skyscraper. The construction manager shakes his head and waves us through, reports The Age’s Michael Lallo.

We’re in the studios of Ausbiz, a recently launched streaming service covering local business and finance. Founded and run by veteran media executive Kylie Merritt, it has the financial backing of Koch, who also serves as executive chairman.

“I’ve never depended on TV for a living because even though you get paid well, it’s high-risk,” says the 64-year-old co-host of Sunrise, Channel Seven’s top-rating breakfast show. “Seven hate me saying this but TV really is a bullshit job compared to what charity workers and emergency services do.”

It’s no secret that many in Australia’s media industry sneer at populist TV shows such as Sunrise. Even Koch’s colleagues in Seven’s newsroom gave him grief when he joined Melissa Doyle as co-host in 2002, likening the program to a populist tabloid newspaper. “They saw it as a put-down,” he says, “but we saw it as a badge of honour.”

The sniggering stopped when Sunrise – co-anchored by Samantha Armytage since 2013 – became a word-of-mouth phenomenon, overtaking Nine’s Today in 2004 and winning every year since.

Michael Pell, Sunrise‘s executive producer, believes Koch’s appeal is typified by his interviews with politicians. Instead of asking how a policy might affect the fortunes of an elected representative or their party, Koch prefers to scrutinise its impact on voters. “He does that instinctively,” Pell says. “He’s been communicating across various platforms since the 1980s … his style is something that predates this show.”

Unlike most TV stars, Koch was in his mid-40s when Sunrise made him a household name.

Despite league boss Gillon McLachlan declaring last week that “there’ll be no problems” in securing a revised broadcast agreement, a deal is yet to be struck, reports News Corp’s Michael Warner.

But a network insider last night said all parties remained “hopeful” a resolution would be reached before Thursday night’s Collingwood-Richmond season reboot at the MCG.

Broadcast partners Channel Seven and Foxtel are pushing for a reduction of about $150 million on their 2020 payments because of a season heavily compromised by the COVID-19 crisis.

The rival NRL relaunched its season on May 28, locking away an extended new TV rights deal the same day.

Before the coronavirus crisis hit, the league pocketed an average of $417 million-a-year in TV rights as part of a six-year, $2.5 billion deal that expires at the end of 2022.

This year’s payment is expected to fall below $300 million.

TV cash accounts for about 62 per cent of the AFL industry’s total revenues.

The global private equity giant that bought a $4 billion stake in the UFC is in talks with Rugby Australia to make a game-changing investment in the embattled football code, reports The Sydney Morning Herald’s Georgina Robinson.

The Herald can reveal the Australian arm of American firm Kohlberg Kravis Roberts is in early talks with Rugby Australia, in collaboration with the Melbourne Rebels, about taking a stake in the sport worth “hundreds of millions of dollars”, according to people with direct knowledge of the matter.

The parties met last week and are taking discussions further, based on a 2021 competition model for the professional game that will most likely dismantle the 25-year-old SANZAAR partnership at Super Rugby level and put Australia’s interests first.

Incoming Rugby Australia chairman Hamish McLennan confirmed the firm’s interest and said while Test rugby and the grassroots game were off limits, Super Rugby was ripe for a shake-up.