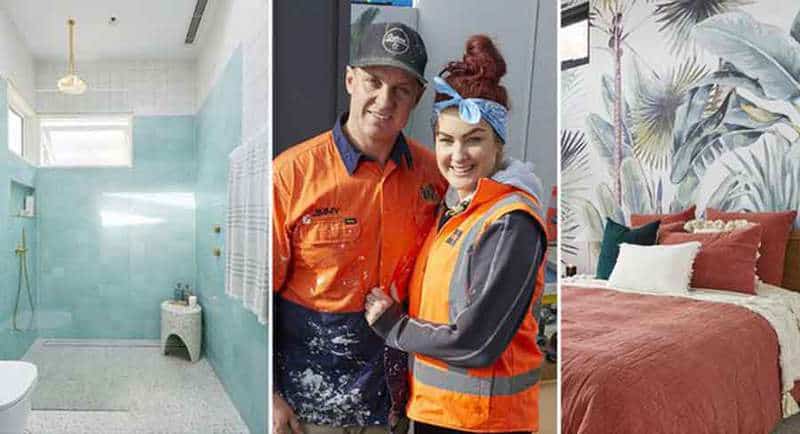 Federal cabinet is facing a critical decision that will determine the future of quality journalism in Australia for generations, writes Free TV Australia chair and former Fairfax CEO Greg Hywood in The Australian.

Innovative legislation under consideration will bring Google and Facebook to the table to negotiate fair payment to Australian media outlets for locally produced news content. Once implemented Australians can feel confident they will have a viable media establishment that can continue to ask the tough questions our institutions and those in power often cannot or will not ask of themselves.

It is these questions that keep our community open, transparent and generally free of systemic corruption.

John Hartigan knocks back board position: ‘Staff are running the ABC’

Long-time former News Limited executive chairman John “Harto” Hartigan has rejected a bid to persuade him to put himself up for one of two vacant positions on the ABC board, reports The Australian’s Nick Tabakoff.

When Tabakoff contacted him on Thursday, Hartigan confirmed whispers your columnist had heard earlier in the week: that he’d knocked back the ABC overtures. Harto’s reasoning? That he would be “unable to bring about sensible reforms” on the ABC board because “the staff are in control of the organisation”.

Outgoing Nine chief executive Hugh Marks has tapped a leading defamation lawyer and demanded an apology over an article in News Corp’s The Daily Telegraph, which made inferences that former Nine senior executive Alexi Baker has labelled as false, reports The AFR’s Max Mason.

Marks has enlisted defamation lawyer Mark O’Brien on a personal basis, not through Nine, which as a company cannot sue for defamation. O’Brien confirmed to The Australian Financial Review that he had been retained by Marks.

“The claims made about my professional standing and personal life in The Daily Telegraph are false, have no basis and are highly damaging,” Baker said in a statement.

One of Australia’s most prominent media owners, Bruce Gordon, was given an exemption by the Australian Tax Office to live in Sydney during the coronavirus pandemic without incurring an additional tax bill, reports The Sydney Morning Herald’s Zoe Samios.

Gordon’s primary residence is Bermuda where he has lived since 1985, a place where people can legally reduce personal tax liabilities. The 91-year-old divides his time between Australia – where he owns regional television company WIN Corp and NRL team St George Illawarra Dragons – and Bermuda because his tax arrangements require him to spend more than 183 days offshore.

The billionaire arrived in Australia in November 2019 and spent most of 2020 in his Circular Quay apartment in Sydney because of the pandemic. It is the longest period of time Gordon has stayed in Australia since moving to Bermuda.

Emotional Eddie on home stretch: ‘You don’t want to leave’

“We’ll miss everything about it,” McGuire told Confidential. “Even as I was reading out (their decision to pull the pin on the Hot Breakfast show after 11 years), I was wondering if I should hit the dump button because you don’t want to leave, and you never leave, but sometimes it comes to a serendipitous position, which it has.”

In radio, a dump button stops a broadcast going to air.

McGuire and Darcy will broadcast their final show on November 27.

As they gear up for the home stretch, McGuire said Darcy, a former AFL footballer, had filled the big shoes expected of him.

“The thing I liked about Luke from the get-go, even as a young bloke appearing on The Footy Show, was he actually wanted to be a broadcaster,” McGuire said.

“Darce came in as a professional broadcaster from day one with aspirations to be a great broadcaster. That’s a big difference.

“Media is a contact sport, and after 11 years, we’ve had enough. It is a grind. If you’re not prepared to dig in and have a go, you won’t survive.”

The Melbourne rich lister outplayed The Block’s regular buyer’s advocates and other bidders, who were unable to compete with his incredible knockout bids.

The IT entrepreneur, who had bought multiple other properties on previous Block series, entered the competition at each auction with blowout bids well above the $3.2-$3.4m price guides.

Wallis said that even after he had inflated the final prices, the Block homes were “good value for money” and in a “great spot”.

“I wanted two or three … they get better and better every year,” Wallis said.

“Number one (Harry and Tash’s) was my favourite. I liked the tree outside, the northern aspect, garage and the house.”

Supplying up-to-date COVID-19 information to Australians is a daunting responsibility for any media executive. But for Mandi Wicks – who replaced retiring SBS news and current affairs director Jim Carroll in September – it was especially challenging, reports The Age’s Michael Lallo.

“We had to provide news and information across 63 different languages,” says Wicks, who previously headed SBS’s audio and language division. “Within about four days in March, we set up the SBS multilingual coronavirus portal, which is essentially a one-stop shop.”

SBS’s television network has also grown. For the first time, its suite of channels – comprising SBS’s main channel plus Viceland, World Movies, Food and NITV – will finish the year with an audience share exceeding 8 per cent. Ratings for its flagship World News bulletin are up by more than 30 per cent compared to 2019 while news-satire program The Feed, which moved from Viceland to the main channel this year, has almost tripled its viewership. All up, SBS’s TV broadcasts reached a record monthly average of 12 million Australians.

The jewel in Nine’s sporting crown is in danger of losing its sparkle, with the likely postponement of next year’s Australian Open, report The Australian’s James Madden and Emily Ritchie.

Unless Victorian Premier Daniel Andrews is willing to backtrack on his strict quarantine rules, the first grand slam tennis tournament of 2021 will almost certainly be pushed back from January to late February, or even March.

Such a scenario would be a devastating blow to Nine, which wrested the rights to the Open away from Seven in 2018, in a six-year deal worth almost $350m.

The problems arising from a delayed Open are threefold for Nine – skittish advertisers who fear paying too much when ratings are expected to dip dramatically; the likely withdrawal of dozens of the world’s top players, due to their reluctance to quarantine for a fortnight upon arrival; and the lost opportunity to promote its top shows for 2021.

Optus executive Clive Dickens has shrugged off Nine’s move into the sports-streaming market, forecasting that its own service, Optus Sport, will hit a million subscribers during the European Football Championship in the middle of next year, reports The Australian’s Lilly Vitorovich.

Dickens, who is vice-president of product development, television and content at the telco, said Stan Sport wasn’t a worry for Optus, noting it had a very different sports offering.

He said Optus Sport was unique in that its core proposition was European football (soccer), namely the hugely popular English Premier League, Champions League and Europa League as well as women’s football.

Dickens added that Stan Sport faced a formidable competitor in Fox Sport, which had a raft of sporting content on its platform, including all NRL, AFL and cricket matches. Its channels are on pay-TV and streaming group Foxtel as well as its sports streaming service Kayo Sports.

Pay TV company Foxtel is trying to return to the negotiating table and extend its broadcast deal with the AFL as Nine Entertainment Co prepares to launch its live sports product on streaming service Stan, reports The Sydney Morning Herald’s Zoe Samios.

Foxtel signed a $2.5 billion broadcast deal with Seven West Media, Telstra and the AFL in 2015. However coronavirus-related social distancing restrictions caused matches to be suspended earlier this year, which reduced the value of the sports rights. Foxtel and other broadcasters signed a revised broadcast deal with the AFL in June, but the pay TV company decided not to extend its arrangement beyond 2022. Free-to-air broadcaster Seven extended its contract by two years.