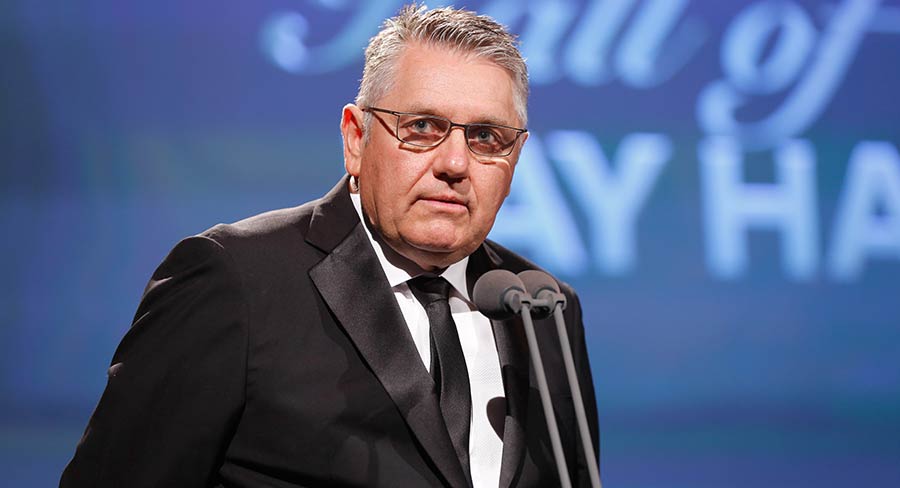 Google should pay all internet users $1000 to compensate them for breaches of their privacy through the sale of their personal data to advertisers, says Oracle, reports The Australian’s John Durie.

In a submission to the Privacy Commissioner Angelene Falk, Oracle has pushed for an inquiry into Google over alleged privacy breaches.

The submission comes on the eve of the government’s release of the ACCC report into digital platforms, which will be released on Friday.

Google aggregates all data collected from use of its Android phones, browsers, YouTube and other services and then sells these in real time auctions to the highest bidder, according to Oracle.

The legal action has been brought against Hadley by former 2GB producer Chris “The Bowen” Bowen who criticised the radio veteran’s “vile” behaviour in a lengthy Facebook post earlier this year. Hadley apologised on-air for any hurt caused to his long-time colleague, but the ex-producer described the statement as “gaslighting and I reject it”.

A month later, three former staff members and a political adviser told the ABC they had experienced bullying and intimidation by Hadley. On Thursday, Hadley told listeners that one of his former longtime staff members had now decided to take legal action against him.

“Obviously, because this is now the subject of legal proceedings, there is not much that I am able to say at this stage,” he said. “But I would like to say this. In recent months I’ve been the subject of intense public scrutiny over allegations regarding my behaviour earlier in my career.”

Hadley added that it was “one of the saddest days” in his career when his professional relationship ended with the complainant, who has since issued civil proceedings in the NSW District Court and is seeking financial damages.

Lawyer John Laxon, who is representing Chris Bowen, confirmed a statement of claim had been lodged.

“We have commenced a legal case for wilful injury arising out of the deliberate infliction of mental harm on Mr Bowen, including workplace bullying, over many years,” he told ABC News.

PwC under fire after Facebook’s My Screen: Video Consumption report

The credibility of PricewaterhouseCoopers’ advisory service aimed at chief marketing officers is under a cloud after the release and subsequent withdrawal of Facebook-commissioned video research alleged to have serious flaws, reports The AFR’s Max Mason and Edmund Tadros.

The retraction comes amid a growing list of high-profile exits from the firm’s CMO Advisory business, which was only launched at the start of 2017.

The firm has admitted it is redoing its calculations on a report commissioned by Facebook, My Screen: Video Consumption in Australia, which used a range of non-standard metrics to compare digital audiences relative to those of more traditional competitors.

Former Seven West Media executive John Fitzgerald will continue working as a bookkeeper and living at his Sydney home after he was granted bail by a Sydney court, over charges he allegedly misappropriated more than $8 million from the television network while he was an employee, reports The Sydney Morning Herald’s Lucy Cormack.

The 57-year-old had spent the night in police custody, following his arrest at the home he shares with his wife in Breakfast Point, in Sydney’s inner west, shortly before 8am on Wednesday.

Fitzgerald appeared to show no emotion as he was brought into the dock at Burwood Local Court on Thursday, wearing the same dark blue Kathmandu jacket he was arrested in on Wednesday.

Supporting Fitzgerald in court was his wife Michelle, from whose “offset account” $70,000 cash will be used to ensure his release, the court heard.

Fitzgerald worked for Seven West Media for more than 15 years, eventually leading the group’s finance and television programming with a budget worth hundreds of millions of dollars.

Around 2016 an audit by the television network detected suspicious transactions, triggering an internal investigation, which was then referred to police.

Fitzgerald is next scheduled to appear before Burwood Local Court on August 14.

The Block 2020 to feature homes from multiple decades in Brighton

The Block’s 2020 season, which will be shot in Melbourne’s bayside at Brighton, looks set to be a battle of the decades, reports News Corp’s Jonathan Chancellor.

There will be five relocated homes, one from every decade between the 1920s and the 1960s.

This time they will be installed on a 2770sq m holding being bought by Channel 9 for around $15 million.

It was once a nursing home which was bought for $5 million in 2013 by Nick Williams, the son of horse trainer, Lloyd Williams, after its closure. The parcel was onsold by another developer who proposed 13 townhouses.

Has 10 made a mistake? MasterChef judges worth more money

A week after George Calombaris got fined for underpaying staff at his restaurants, Channel 10 has dumped him, along with his fellow MasterChef judges Matt Preston and Gary Mehigan, after they had the temerity to ask for a big pay rise, writes News Corp’s David Mills.

Already on an estimated million each per year, the trio reportedly asked for a pay jump of some 40 per cent – but after 11 years they’ve been thrown out like last night’s leftovers.

But really, why shouldn’t the public faces of such a successful franchise get a decent part of the program’s profits? Why is it OK for producers and network executives to quietly rake in the megabucks, but not the stars of the show, who must contend with their every move and utterance being analysed and judged by the public?

Calombaris, Mehigan and Preston may have misjudged the depth of Network 10’s pockets, but one wonders if the network has made a misjudgement here too.

In saving themselves a packet of money now, the network could be cooking the goose that laid the golden egg. Oddly fitting for a show like MasterChef.

NBC Olympics and Twitter partner on coverage of Tokyo 2020

With one year until the Games of the XXXII Olympiad from Tokyo, Japan, NBC Olympics and Twitter have revealed a partnership in which both parties will work together to amplify NBC Olympics’ coverage of the Games by creating a daily, original studio program live from Tokyo, a daily poll that will allow fans on Twitter to choose one live look-in to NBC’s Primetime or Primetime Plus broadcasts each night, and video highlights throughout each competition day. Through these initiatives, NBC Olympics and Twitter will connect Twitter’s audience in the United States to the Olympic athletes, the host city, and the Games’ most unforgettable moments while simultaneously driving them to NBC Olympics’ massive multi-platform presentation of Tokyo 2020. NBC Olympics will lead the sales process for this unique content, with Twitter providing sales resources, giving advertisers another avenue to connect to its coverage of the Games and to Twitter’s valuable audience. All content will live on the @NBCOlympics handle, sold as Twitter in-stream sponsorships by NBC Olympics.

Highlights of the agreement include:

• Original Live Studio Program: Every morning of the Games, NBC Olympics will produce a 20-minute original studio program live from Tokyo, exclusively on Twitter, that will focus on highlights, athlete interviews, and the happenings in and around the host city, as well as some of the best reactions to the Games on Twitter.
• Daily Live Look–Ins Powered by Twitter Vote: For the first time, Olympic fans will have the opportunity to watch a daily live look-in of NBC Olympics’ Primetime or Primetime Plus coverage on Twitter — and even decide which athlete, sport, or moment they’d like to watch by voting in a daily Twitter poll announced during the morning’s live show.
• Real-Time Highlights: During the Games, NBC Olympics will clip many of the most memorable and engaging moments of the day and publish them on Twitter throughout each competition day. Highlights will include medal-winning moments as well those from the Opening and Closing Ceremony.

Australian NBA superstar Ben Simmons has jumped on board with a new documentary about Adam Goodes to ensure the story of the AFL great’s battle with racism will be spread around the world, reports The Sydney Morning Herald’s Vince Rugari.

Simmons has become an executive producer of The Australian Dream, which will premiere next week at the Melbourne International Film Festival and includes fresh interviews with Goodes about the sad end to his career with the Sydney Swans.

A passionate AFL fan and Essendon diehard, Simmons has chosen to lend the heft of his international profile to the film after discussions between producer John Battsek and Uninterrupted – a multimedia company founded by LeBron James which he is associated with – brought it to his attention.

“We were talking about projects we might collaborate on. When I mentioned this to them they immediately identified it as one they thought would appeal to Ben,” Battsek told the Herald.

“The film already has a UK theatrical deal, there’s all sorts of interest in America – having Ben on board just elevates the level that interest might reach,” Battsek said. “And truth be told, and I can only hint at it, there will be some big international news on this project coming up relatively soon.”

The SA sports media icon and former state cricketer will celebrate his 80th birthday on Friday at home with close family and friends, including daughter Sally and granddaughters Hunter, 15, and Dakota, 13.

“It’s amazing, I have to pinch myself … in some ways it’s frightening – where have those 80 years gone?” says Cunningham, who also has a son, Scott, and a third granddaughter, Shahtia, 17.

Cunningham pioneered sports talkback radio in SA after making his name on the cricket field and as a SANFL grand final umpire.

He also hosted his own TV footy show, presented Channel 9’s weekend sport for 17 years, and has been inducted into the AFL Media Hall of Fame.

Still on air as co-host of Fiveaa’s weekend sports show with Graham Cornes, KG’s focus is now firmly on his family.