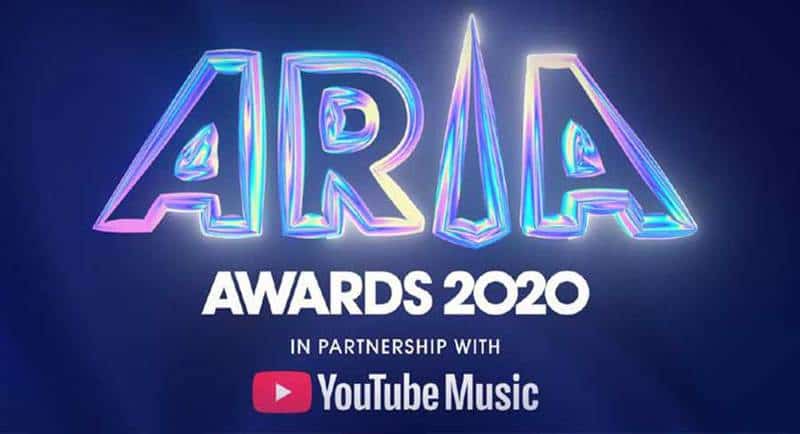 ESPN poised to potentially lay off as many as 700 employees

ESPN could lay off hundreds of employees in the coming weeks, according to sources.

One source pegged the potential number of job losses between 300 and 700 employees. Another estimated 400 possible lost jobs.

The cuts are expected to hit hardest among ESPN employees who work behind the camera. But some on-camera TV and radio talents could be impacted — particularly if their contracts are expiring this year.

The network may also ask its highest-earning talent and executives to take a reduction in salary. The goal is to potentially cut tens of millions in salary, said sources.

On the talent side, ESPN has been letting high-salaried stars with expiring contracts walk away. On Oct. 6, Keith Olbermann announced ESPN was letting him out of his deal early to launch a political show on YouTube.

Currently, ESPN has around 4,000 employees at its headquarters campus in Bristol, Conn., and 6,500 worldwide. ESPN declined to comment for this story.

The very first digital ARIA Season Launch is set to take place next week on Tuesday 13th October at 10am AEDT. The launch will be the first time the world will hear the exclusive list of this year’s ARIA Award nominees, kicking off 2020’s ARIA celebrations, which will culminate in the ARIA Awards in partnership with YouTube Music ceremony on November 25th.

This year is also the first time that music fans worldwide will be able to hear the ARIA nominees at the same time as the industry, by tuning in to the YouTube Premiere both here in Australia and around the world. 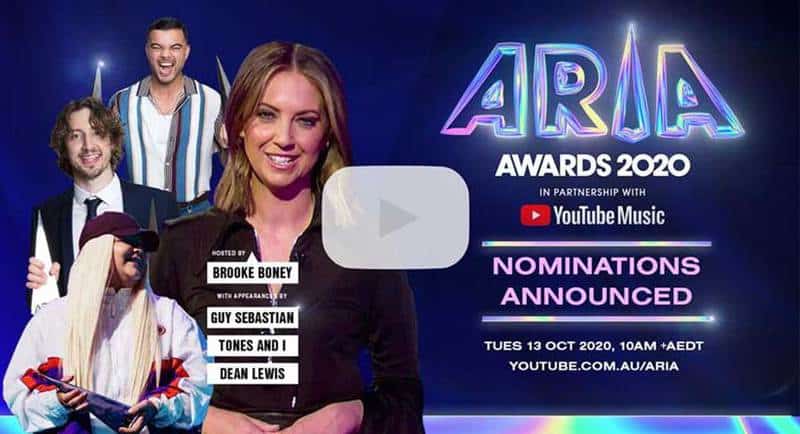 Hosted as a YouTube Premiere on the ARIA YouTube channel, the digital season launch will allow even more music fans to participate in the excitement, showcasing the country’s best talent in all genres.

The special edition broadcast will be hosted by the Nine Network’s Brooke Boney and will feature appearances from Tones And I, Dean Lewis and Guy Sebastian.

The ARIA Awards will be a one-of-a-kind event this year; while there will be no physical audience, the ARIA Awards will be announced live from Sydney at The Star Event Centre stage, broadcast around Australia on the Nine Network, with performances shared around the world on YouTube. The show will feature live performances, both local and international special guests and the presentation of the prestigious ARIA Awards to Australia’s most successful artists of 2020.

The ARIA Awards celebrates the second year in partnership with YouTube Music, supporting ARIA to showcase the achievements of the Australian music industry in their 34th Annual event. The ARIAs will also once again be supported by the NSW Government’s tourism and major events agency Destination NSW and broadcast to screens across Australia on the Nine Network.

Are Media is launching its first virtual showcase next month, promising plans to reset, reshape and reinvigorate Australia’s leading premium content and experiences company in 2021.

The showcase will reveal an exclusively commissioned audience study and a presentation on research into the brain and how it holds attention from Shazia Ginai, CEO of Neuro-Insight in the UK. Are Media, which is the rebranded Bauer Media and Pacific Magazines, will also unveil its 2021 digital roadmap, amongst a number of new initiatives. 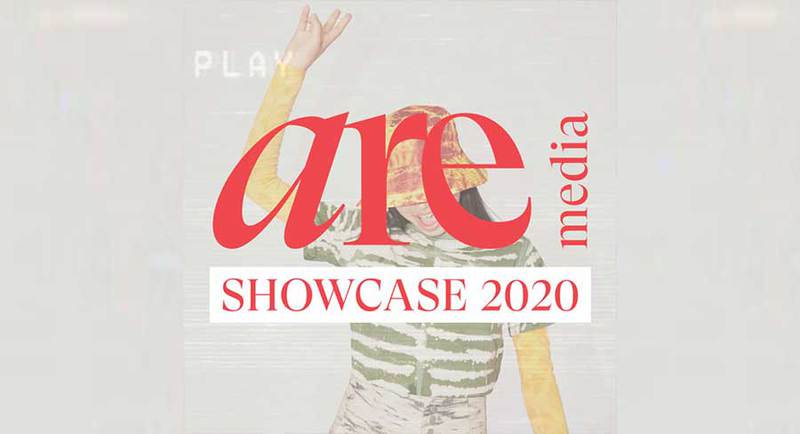 Reaching six in 10 women every month, the recently launched Are Media has unveiled a new ‘Be captivated’ brand positioning recognising how audiences soak up its attention-holding content and experiences across beauty, fashion, homes, food, entertainment and lifestyle.

Andrew Cook, Are Media director of sales said: “A new name is the start of a new era for our business and this means a fresh approach to everything we do, particularly how we communicate our 2021 plans with our commercial partners. Our first ever virtual showcase will provide an opportunity to hear from Are media’s senior team and editorial leaders. Furthermore, the showcase will offer our partners insights into our latest advertising and engagement research on magazines and the plans with our digital assets over the coming 12 months. Registrations for the showcase are growing daily and I invite everyone to join us for a fun and captivating look into what’s ahead for Are Media.”

Register here for Are Media’s virtual showcase, which will take place at 10am on 5 November.

A joint ABC and Nine investigation referring to Chinese-Australian businessman Chau Chak Wing was neither tabloid nor sensationalist and the Federal Court should not find it defamed him, the media outlets’ barrister has said, reports The Sydney Morning Herald’s Michaela Whitbourn.

On the third and final day of a defamation trial pitting Mr Chau against the media outlets, Victorian barrister Matthew Collins, QC, said the Four Corners report at the heart of the case went no further than raising suspicions about Mr Chau.

Mr Chau, who has previously donated more than $4 million to Australian political parties and substantially more to cultural and educational causes, is suing the ABC, Nine and journalist Nick McKenzie, an investigative reporter at The Age and The Sydney Morning Herald, over a Four Corners broadcast on June 5, 2017.

Justice Rares will hand down his decision at a later date.

He lost his battle with cancer on Sunday, with ill health forcing him to leave GTV9 in March.

He started as a camera assistant in 1984 before becoming a cameraman. In later years he moved into the Links department.

Nine’s Melbourne news director Hugh Nailon said Russell was on the spot for some of the biggest stories both here and overseas.

“Although a man of few words, Steve had a cheeky / wicked sense of humour and a true passion for motorbikes and the Collingwood football club.

“We send our condolences to wife Sandy and Steve’s two boys, Brett and Jayden.”

Talkback radio legend Jeremy Cordeaux has been charged with drink-driving for the second time in four years – but his lawyer says the celebrity will fight the latest allegations, reports News Corp’s Sean Fewster.

On Thursday, lawyer Michael Woods appeared in court on Cordeaux’s behalf and said the matter would be contested.

“I’m seeking a remand of this matter – I’ve advised my client that he has a defence to the charge,” he said.

Cordeaux, 74, has yet to plead to one count of driving with excess blood alcohol.

It is alleged he blew over the limit while driving home along Glen Osmond Road at Frewville in December 2019.

The series from Playmaker Media stars Kate Jenkinson (Doctor Doctor, Wentworth, Offspring) as midwife Grace, working in an unconventional birth centre attached to a major city hospital. But her work/life balance is about to get even more chaotic when a new arrival at the birth centre changes her life forever.

“It’s a show about women and childbirth and midwives and their relationship with that whole process, and their personal lives. There’s some great reveals in episode one, which I want to keep close to my chest.

“Suffice to say, Grace’s world is going to be turned upside down in Episode One that’s going to force her to reassess her work and personal relationships as well.”

Nine Entertainment Co is in advanced talks with Rugby Australia about a broadcast deal that could reshape the sports rights landscape and result in games being shown on streaming platform Stan, reports The Sydney Morning Herald’s Zoe Samios and Tom Decent.

Foxtel is still considered the front-runner for the rights, having broadcast rugby games in Australia for two decades. However, RA has been interested in striking a deal with Nine because of its free-to-air and subscription platforms, and approached the broadcaster in recent months. Nine is the owner of this masthead.

Industry sources, who spoke on the condition of anonymity because the talks are confidential, said Nine is willing to pay about $30 million a year in cash and free advertising, an offer smaller than what Foxtel has made but one that includes a free-to-air proposition for the sport.

ABC Radio Australia to broadcast NRL into the Pacific

ABC Radio Australia has signed a three-year deal to broadcast coverage of the National Rugby League men’s and women’s competitions to audiences in PNG, Timor-Leste and across the Pacific.

Starting this week, ABC Radio Australia will broadcast ABC Grandstand’s live coverage of the NRL finals as well as the women’s competition – the NRLW – and the State of Origin series. 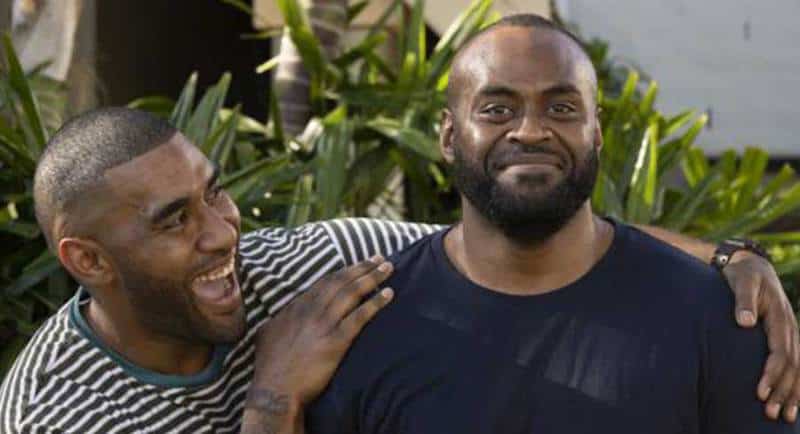 Head of International Strategy, David Hua, said the ABC was the only Australian radio broadcaster providing coverage of the NRL to a region that is passionate about the sport.

“NRL is PNG’s most popular sport and one of the leading sports across the Pacific,” he said.  “Almost half of the current NRL players have Pacific Island heritage which means there is an incredibly high interest in the competition right across the region.”

The start of the NRL coverage coincides with the launch of a new ABC Radio Australia Pacific sports show Can You Be More Pacific, hosted by Fijian-Australian comedians Joseph ‘Roq’ Rokoqo and Ratu ‘Cav’ Cavuilati. The one-hour show is broadcast on ABC Radio Australia on Thursday evenings at 6.00pm PNG time and started on 8 October.