Houltham joined Havas in January 2016, after five years as managing director at Naked Communications, initially in Melbourne and latterly in New York. Prior to this, he spent five years as digital partner across Publicis agencies, Zenith Optimedia and Mojo. Houltham will lead a team of more than 100 people across Sydney, Melbourne and Auckland, as well as Havas Sport and Entertainment, overseeing its breadth of services across strategy, media planning and investment, performance marketing, content development, data consultancy and brand partnerships. He will also have a continuing role overseeing Havas Melbourne.

Mike Wilson, who was the founding CEO of Havas Media from November 2013, will assume the newly-created role of chairman, Havas Media Group. In this capacity, he will maintain an involvement with key clients, explore targeted M&A opportunities, maintain and develop key partnerships and explore further integration opportunities with Vivendi group companies including Universal Music Group, Studio Canal, Gameloft and Daily Motion.

David Gyngell flies to Melbourne … for almost no reason at all

On Wednesday, legendary former Nine chief David Gyngell made an exceedingly brief appearance in Melbourne’s Federal Court, having been called by the Australian Securities and Investments Commission as a witness in its case against Harold Mitchell and Stephen Healy, reports The AFR’sMyriam Robin.

After being sworn in, he was asked to confirm the particulars of his tenure at Nine, and whether he’d ever expressed an interest in the tennis rights. He had, though no dollar figure for them was suggested. And that concluded ASIC’s examination.

Regional media proprietor Antony Catalano has described Seven West Media’s $63m merger play for Prime Media as not “far off the mark”, but has called on Seven to slightly increase its bid to make it “both fair and reasonable”, reports The Australian’s John Stensholt.

Catalano and his billionaire business partner Alex Waislitz have increased their stake in Prime, which hosts its annual meeting in Sydney today, to more than 13 per cent and have been agitating for Prime shareholders to reject the Seven bid, which values the regional television business at slightly less than 18c per share.

The duo say they hope their Australian Community Media can potentially share resources or strike business partnerships with Prime or Seven across regional centres, with Catalano calling on Seven to consider at least a slight sweetening of the transaction.

“The reality is their bid is not far off that. It is unusual for there to be a change of control and someone to not pay a premium.”

“A lot of people will lose their jobs, and a lot of facilities will be shut down,” Waislitz said during a Thorney investor day in Melbourne on Wednesday. “Media companies will continue to struggle as they have in the last few years.”

ACM has already begun “aggressively paying down debt”, Catalano said in a presentation to investors, by selling four of the company’s 25 acquired properties. The company has also taken the knife to the sales executive teams and managing editor ranks. Media industry sources have regularly said there is little doubt the publisher, which owns about 135 websites and 9 print centres across the country, would be under pressure in a tight advertising market.

His business partner Antony Catalano argued it was “critically important” for the government to allow media mergers in regional areas, which were currently governed by rules that were “20 years behind technology”.

AAP Photos, Australia’s largest provider of editorial photography, will be made available on the Reuters Connect platform boosting access to its Award-winning photographic content.

Australian Associated Press (AAP) has announced that it is joining some of the world’s leading national and international news agencies in making its photographic material available on the Reuters Connect digital platform. 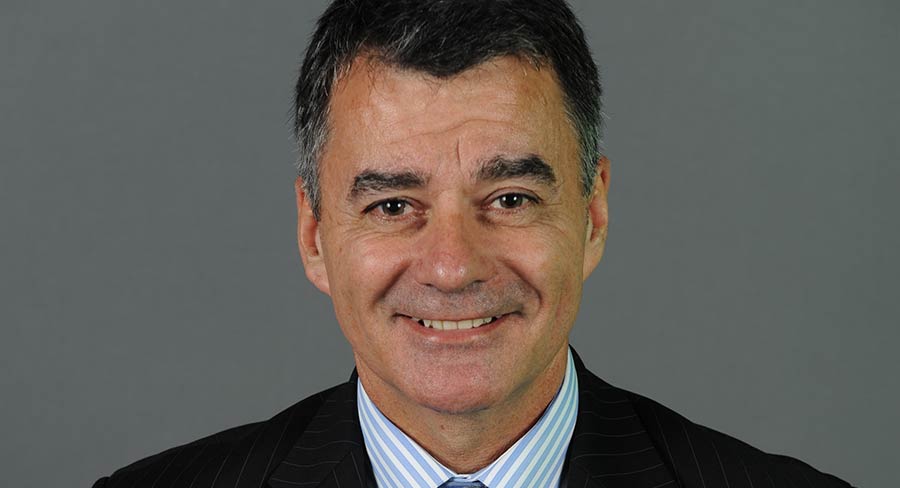 The partnership means that AAP’s images will be searchable on the Reuters Connect website, expanding the reach of its content to even more editorial customers around the globe.

AAP editor in chief Tony Gillies said: “Expanding the reach of AAP Photos through Reuters Connect will mean that more clients will have access to Australia’s National Newswire’s editorial images. The evolution of the AAP Photos business has taken us to the point where our content is in demand from a diverse range of clients around the world. By ensuring our content is available to those on the Reuters Connect platform we are providing a new and innovative way for customers to source our visual output.”

AAP’s head of photography, Neil Bennett, said: “Every day our award-winning photographic team is covering the best of Australian news, sport and entertainment events. I’m delighted that we will increase the audience for this material through the Reuters Connect partnership.”

Michael Friedenberg, president, Reuters, said: “Reuters Connect powers the news ecosystem and these partnerships will help us create the most comprehensive collection of real-time, multimedia news content anywhere in the world. I’m delighted to welcome our new partners to Reuters Connect. By bringing together content from leading news agencies with the vast output from our own world-class newsroom, we can offer our customers an unrivalled breadth and depth of content.”

Attorney-General Christian Porter declared online publishers like Facebook and Twitter should be held to essentially the same standards as traditional media as he flagged a national overhaul of defamation laws, reports The Australian’s Chris Merritt.

Addressing the National Press Club in Canberra, Porter said this was a “very necessary” change and required a “sensible measured approach”.

His call for change comes ahead of next week’s meeting at which the nation’s Attorneys-General will be presented with a reform plan for defamation that aims to wind back record payouts, introduce a new “public interest” defence for the media and place more emphasis on freedom of expression.

Those familiar with the plan say it would change the balance in defamation to reduce the legal risk confronting the media while introducing a new mechanism to protect responsible journalism.

Forcing Facebook to be liable for defamatory posts on social media could undermine the business models of the tech titans, threaten grassroots activism and fail to fix the issues that news organisations face, comments The Sydney Morning Herald’s Jennifer Duke.

Attorney-General Christian Porter has added his voice to a growing chorus that social media websites need to be treated with a firmer hand by suggesting digital giants be more accountable for online posts.

But making Facebook, Google, Twitter and the other online giants liable for posts in this way is unworkable because what is actually “defamatory” is not always clear and negative comments can at the same time be offensive, important and true. There is not yet a way to manage this level of nuance through artificial intelligence at scale.

It’s not just the volume of content that is so different. For most people a comment on Facebook does not hold the same weight as an article in a trusted news title. It’s right to treat the two differently.

The Right to Know coalition of media organisations has called for legal change after The Australian was ordered to provide the Family Court of Western Australia with a copy of a draft article before it will consider whether the newspaper should be allowed to name a psychologist found guilty of professional misconduct, reports The Australian’s Nicola Berkovic.

A spokeswoman for the Right to Know coalition said the group held “serious concerns about laws that require journalists or news organisations to submit their stories to the courts for approval before publication”.

The coalition’s comments came as Law Council of Australia president Arthur Moses SC said it was “not the usual case” for a court to be provided with a draft article before it decided whether the media should be allowed to name a particular person.

The Australian has been unable to name the Perth-based psychologist, who accepted a finding of professional misconduct more than a month ago, as section 121 of the Family Law Act prevents the identification of witnesses in family law proceedings.

To binge or not to binge? To devour The Crown (Netflix) in a 10-hour marathon or relish the pleasure of anticipation before enjoying a new episode of The Mandalorian (Disney+) each week? What’s the best way to watch and what might be lost when we opt for a wholesale gorge? asks The Age’s Debi Enker.

With its unprecedented 2013 launch offering of the first season of House of Cards, Netflix changed television. Yes, the potential to gobble down an entire series had existed before that with DVD boxed sets. But the Netflix revolution was a different beast. Here were new shows, with whole seasons available, and viewers could pick the pace at which they wanted to watch them. The heady sense of liberation from the often-infuriating practices of TV programmers was intoxicating. No wonder people rushed to sign up.

If your viewing priority is galloping through and running episodes together as though a series is one big sausage, subtleties can be lost. It all becomes a blur. So why rush? It might be understandable with productions in which plot is a key factor and the driving force for a viewer is a compulsion to find out what happens next. But much of the detail that contributes to what can be a rich tapestry – a striking image, a riveting exchange, a killer line of dialogue – risks being overlooked in the race.

It’s still a thrill to have the power to choose how much to watch, blissfully ad-free, with the SVOD services and iview. But the quantity becomes a question of priorities: what’s more important, the pleasure or the pace? For me, it’s the former every time.

Up until now, Silent No More has been attracting attention for all the wrong reasons. Tracey Spicer’s three-part documentary on sexual harassment and assault in the workplace made news a couple of weeks ago when it was reported that some of the women involved, who had come forward with their stories on the understanding they’d remain anonymous, discovered a preview of the series had been made available to a limited number of journalists with identities unobscured, reports The Age’s Melinda Houston.

It’s a bad mistake at any time. In the context of traumatised women who had, in some cases, sat on their stories for years out of fear and shame and who had finally gathered the courage to come forward, it was devastating.

Now here’s the show itself and let’s just hope people are able to watch it untainted by the controversy, because the story it tells is a vital one. There is no question mark over the veracity of these stories. So what we actually have – any potential issues of rushed or sloppy post-production aside – is a compelling examination of the issues around #MeToo in Australia that everyone should watch.