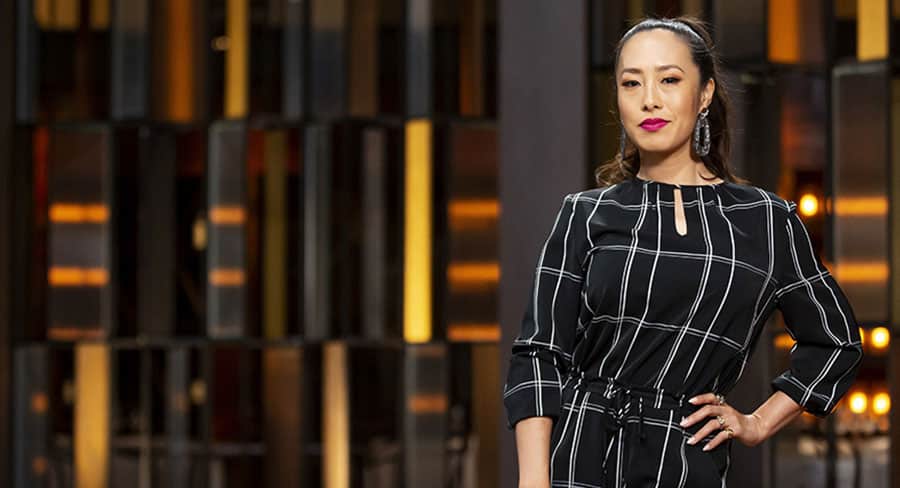 Guardian Australia closes in on target of 150,000 supporters

No one was ready for 2020. None of us was really prepared for the bushfires, or coronavirus, or the fear and uncertainty about what these crises mean for our families and our lives, writes Guardian Australia editor Lenore Taylor (pictured) in a pitch to readers to become a financial supporter.

Like everyone – from frontline health workers to the cafe owners with no customers – we adapted. I scrambled to figure out how to lead a news organisation via Zoom from a desk in the corner of my bedroom. Reporters conducted interviews online or shouted questions from across the street to the newly unemployed on the Centrelink queues that were suddenly snaking along city blocks. We thought hard about how best to serve our readers who we knew were scared and potentially overwhelmed by information. From kitchen tables and home offices and makeshift bedroom desks across the country we ran a seven-days-a-week live blog to keep pace with the rapidly changing story, and used summaries, explainers and a data tracker to give readers quick access to the information they needed. We tried to avoid the sensational, to stay focused on facts. We questioned what we were told. We found new ways to talk to readers, Zoom-facilitated book clubs, and roundups of all the joy available online when our worlds contracted to our homes.

We set up Guardian Australia seven years ago to create a new independent, influential source of reliable Australian news because we believed a diversity of news voices was something a healthy democracy needed. That need is now bigger than before and, with the support of our readers, we intend to find a way to meet it. The vicissitudes of 2020 prove, once again, that the alternative is unthinkable.

Guardian Australia has set a goal of growing its community to 150,000 supporters. As of today the publisher has 142,664 supporters.

In May, the Daily Mail sold more print copies per day than The Sun making it the top-selling daily newspaper in the UK for the first time in 42 years, reports Press Gazette.

It is a massive achievement for Mail editor Geordie Greig and his team and it means that while the Mail’s circulation was down 17% year-on-year that month, The Sun fell even further.

The year-on-year decline is severe, but taking a glass-is-half-full approach to the figures it is impressive that the Mail sold nearly a million copies per day in the midst of lockdown and the collapse of the UK economy.

The Sun stopped releasing a public ABC figure last month, so we literally don’t know how many copies it sold in May.

The Mail sees The Sun’s figures so was able to cheekily trumpet success on Friday night. But it is not allowed to share The Sun’s numbers and News UK is tight-lipped on what they actually are.

Comedian and broadcaster Michael Hing knows racists aren’t going to watch his series, Where Are You Really From? reports News Corp’s Wenlei Ma.

The SBS docuseries returns for its third season on Tuesday, with Hing and his crew taking viewers into migrant communities around the country, telling their stories of hardship and hope, and how they too are part of the Australian story.

But Hing understands there’s a certain kind of viewer who are predisposed to a TV show like Where Are You Really From?

“I don’t kid myself,” he told news.com.au. “I don’t think I’m going to convince any racists not to racists by putting out this show. I don’t think hardcore racists are watching SBS.

“The reality is, the people who are probably going to watch this show probably already have a sympathetic mind towards this kind of show. That’s why they’re tuning in.”

Where Are You Really From? starts on SBS and SBS On Demand on Tuesday, June 23 at 9.30pm

Phelan agreed to be interviewed by detectives and presented himself at Manly Police Station just after 8pm over the alleged assault of Franklin, a ballet teacher, on Saturday night.

He had agreed to a police request to be interviewed after he was contacted and told of the allegations.

Phelan is scheduled to appear in court over the incident on June 30.

It comes after it was announced late last week that Phelan’s Channel Seven program The Daily Edition was being axed.

In a memo sent to staff internally, the network’s director of News and Public Affairs Craig McPherson attributed the decision to “these difficult times”.

The final episode of The Daily Edition will air on Friday.

Must have cookbooks: Melissa Leong reveals her favourites

Melissa Leong says her collection of cookbooks “are front and centre in our house and life”, reports News Corp’s Dan Stock.

“Our shelves are groaning with the amount of cookbooks, it’s scary,” she laughs.

“We have an open plan kitchen and living space so it’s really easy to go between the cookbook shelf and kitchen if we’re referencing something.”

Having ghost written a number of cookbooks, including chef Dan Hong’s Mr Hong, the MasterChef judge says there is a wealth of knowledge contained within the different styles of cookbooks in the home she shares with husband, chef-turned-barman Joe Jones.

Leong says using cookbooks is a great way to gain confidence in the kitchen and “once you’ve got a good foundation of knowledge, you can make recipes your own”.

“You can Frankenstein a different mix of recipes (to create a dish). You don’t have to follow every recipe to the letter.”

Sam Newman not sorry, despite Nine exit after podcast tirade

Former Footy Show great Sam Newman is refusing to back away from his comments about George Floyd, which led to the end of his three-decade relationship with Channel 9, reports News Corp’s Fiona Byrne, Jackie Epstein and Kara Irving.

Newman told the Herald Sun he had no regrets over what had unfolded last week, and stuck to his guns during an interview on 3AW this morning.

“I am 100% right on what I said about the two matters that caused some controversy,” he said.

“I think there’s a communal strain of syphilis infecting the grievance brigade and the activists who just will not bother to listen to what I say.”

Newman rejected claims he’d been ‘unfair’ and wasn’t ashamed of anything he’d done in his 35-year TV career.

“You could be ashamed on plenty of things people do in life but there’s no point being ashamed because you don’t get a chance to resolve or right it, so it’s pointless saying so,” he said.

When asked by 3AW’s Neil Mitchell whether he left Channel 9 because of a staff complaint, rather than public uproar over the comments, Newman said: “I’m sure there probably has (been a staff complaint made about him)”.

The big question facing the AFL and its broadcasters

Fans could begin to question the legitimacy of the season and broadcasters could seek a further reduction in rights fees if more AFL matches are postponed or cancelled, according to a leading sports media analyst, reports The Age’s Jon Pierik.

The importance of completing a 17-round season plus finals to fulfil the AFL’s broadcast obligations was underlined by Global Media and Sports boss Colin Smith, who said it was paramount that fans remained invested in the season.

The slated clash between Essendon and Melbourne at the MCG last Sunday was postponed after Bombers speedster Conor McKenna tested positive to coronavirus. A rescheduled date has yet to be set, while McKenna’s diagnosis has also put Saturday night’s marquee – and high-rating – clash between the Bombers and an improving Carlton in doubt.

The Bombers could lose more players to quarantine if they are deemed close contacts of McKenna.

“Does that put under question this season for the AFL? I am not saying that is the case but it depends on the fans,” said Smith, also pointing to the concerns the unhappy West Coast Eagles are facing in their Gold Coast hub.

Sunday afternoon’s clash was to have been shown on Channel Seven and would have enjoyed bumper ratings in Melbourne but the free-to-air broadcaster instead had no choice but to take the less appealing match between the Gold Coast Suns and slumping Adelaide Crows.

The match attracted 319,000 viewers nationally, including 243,000 metro, which is relatively healthy given it was not shown in Sydney or Perth. By comparison, the round two clash between Sydney and Essendon in the same slot a week earlier had 621,000 viewers nationally and 445,000 metro when broadcast on Seven across the country.

The economic outlook might be fractious and the post-2021 broadcast outlook shrouded in mystery, but that has not daunted the spirits of those involved with Team 11’s A-League bid, reports The Age’s Michael Lynch.

As existing clubs look to tighten their belts and slash costs, and players confront the likelihood of significant wage cuts through a reduced broadcast dividend, ambitious clubs outside the top tier still harbour dreams of playing at the highest level in the Australian domestic game.

Team 11 isn’t actually a club yet but the group, based in and around Dandenong and Melbourne’s burgeoning south eastern suburbs, believes it has the support to relaunch another A-League bid if that opportunity comes, or to be part of a national second division when one is introduced.

And the most recent developments, with the FFA and A-League clubs having hammered out an 11th hour agreement for the competition to resume in mid-July, and for the beleaguered broadcaster to continue showing the competition at a reduced rate for the 2020-21 season, have only reinforced the hope that the time will come.

Team 11 co-ordinator Matt Windley said if it does, the group, which bank-rolled the original bid but lost out to Western United in the last round of A-League expansion, is ready to go again.