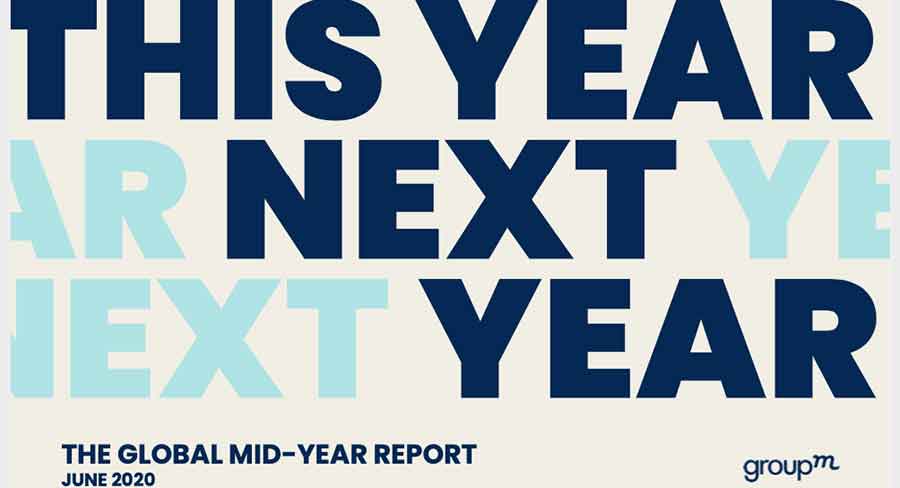 GroupM has released its mid-year forecast for global ad spend which also contains some numbers for the Australian market.

The executive summary is that for 2020 the forecast for Australia is a decline of 19% in overall adspend. But that will bounce back in 2021 said GroupM, with the forecast of a rise of 25% in adspend. 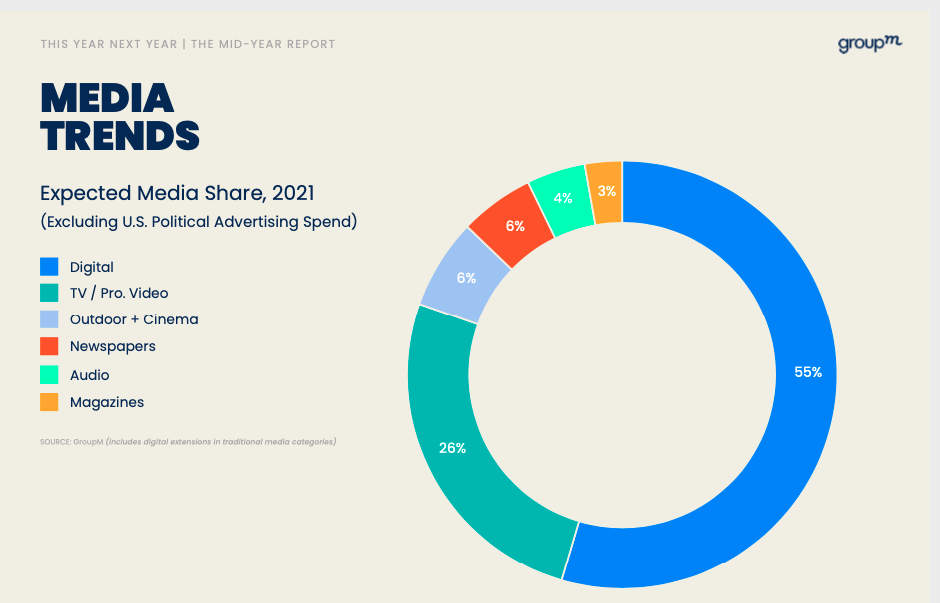 During 2020, we estimate that the global advertising economy will fall by 11.8%, excluding the effects of increased political advertising in the U.S. This is a sharp decline from the growth rate from 2019 of 6.2% and returns the industry to slightly higher than 2017 levels in constant currency terms.

While severe to be sure, 2020’s decline can still be considered “modest” given the scale of the impact of the pandemic on global GDP, which will fall by much more than it did in the 2009 global financial crisis. During that year, when GDP declined by 1%, we estimate that global advertising fell by 11.2% in nominal terms.

Among other top 10 markets from 2019, we expect to see the following rates of decline:

The only multi-billion-dollar market where we expect to see real growth this year is in Indonesia, where expectations are for 5.8% growth. Argentina is the only other market expected to grow in nominal terms, although it should decline on an inflation-adjusted basis.

How media sectors will fare (Figures US$)

Digital Advertising: expected to decline by 2.3% during 2020. This follows nearly a decade of double-digit growth, with many years exceeding 20% at a global level.

During 2020, digital advertising will have a 52% share of media captured, up from 48% in 2019 and 44% in 2018. Share growth should abate somewhat going forward, adding 1-2% each year. Our new estimates also break out search from non-search digital advertising, with search accounting for $109 billion in revenue during 2020, falling 2.6%. Other forms of digital advertising that account for $172 billion (excluding digital extensions of traditional media) will fall by less, or 0.6% this year.

Television Advertising: expected to decline by 17.6% in 2020, ex-U.S. political advertising, before rebounding slightly to grow 5.9% next year.

Digital extensions and related media, including advertising associated with traditional media owners’ streaming activities, as well as Hulu, Roku, etc., will fare much better, with growth of +3.7% this year and +11.3% next year – around 9% of total TV spending this year.

Television’s share of advertising, if we define TV including its digital extensions, is expected to be 27% during 2020, down from approximately 37% 10 years ago.

OOH Advertising: expected to decline by 25.0%, including digital out-of-home media but, next year, we should see a partial rebound with 14.9% growth.

Beyond 2021, we expect outdoor advertising to grow by low or mid-single digits and generally lose share of total advertising, although we do expect larger brands to generally increase their allocations of budgets to the medium.