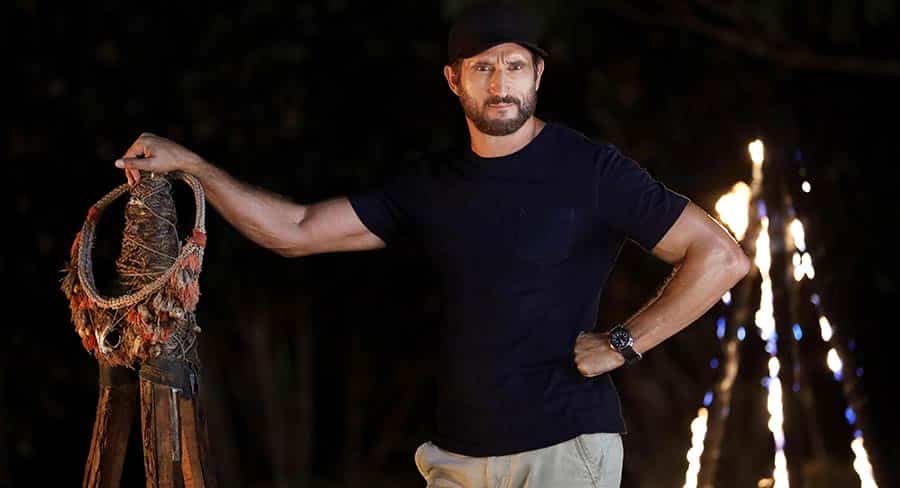 The Morrison government is proposing to give Australia’s media companies a direct line into the office of the Commonwealth chief medical officer, Brendan Murphy, to provide up-to-date information on the coronavirus pandemic and assist with fact-checking for news coverage, reports AFR’s Max Mason.

Communications Minister Paul Fletcher held a roundtable with local media companies on Monday afternoon to go through the impacts of COVID-19 on their businesses, what contingency measures they have in place, ask how they are providing information to the public and whether a phone and email line into the office of the chief medical officer would be helpful.

“We recognise the decisions we’ve made have significant business impacts,” Fletcher told people on the call.

The proposal, from Fletcher, Health Minister Greg Hunt and Prime Minister Scott Morrison, was welcomed by media companies. It would provide them with scientific advice directly from Professor Murphy’s office and would help coverage of the COVID-19 outbreak.

Nine chief executive Hugh Marks is not planning to leave the media company at the end of 2020, reports AFR’s Max Mason.

“There are no plans for Hugh to leave at the end of this year,” a Nine spokeswoman said, denying News Corp reports.

Sources said Nine and Marks have done the normal succession planning that any other company should be doing, has communicated that to investors and analysts, and he will, at some point leave the company, but not at the end of 2020.

They said Marks was focused on bedding down the 2018 merger with Fairfax Media, getting all staff into a new building and getting the company “fighting fit” in an unprecedented time of change of media.

Outdoor advertising business oOh!media has pulled its full-year guidance amid growing uncertainty in the ad market due to the continued spread of the coronavirus, reports AFR’s Max Mason.

The company said revenue for 2020 has been consistent with the same period in 2019, but the deteriorating macroeconomic environment and uncertainty surrounding the implications of the COVID-19 pandemic has made forecasting the rest of the year through to December difficult.

“In accordance with its continuous disclosure obligations, oOh! therefore advises that it has withdrawn FY20 earnings guidance for the time being,” the company said in a statement to the Australian Securities Exchange.

NBCUniversal on Monday announced its current movies from the Universal Pictures stable – including the upcoming event family movie Trolls World Tour – will be made available on-demand at the same time they hit those theatres that remain open during the coronavirus pandemic, reports The Hollywood Reporter.

The new policy collapses the traditional theatrical window as the film industry grapples with unprecedented circumstances. Cinemas are entirely closed in 32 or more markets overseas and partially closed in another 15 territories, while more countries expected to follow suit. Most, if not all, cinemas are likely to go dark this week in the US, were theatres have already been ordered to go dark in New York City and Los Angeles. Other locales are also seeing closures, while circuits staying open are starting to limit capacity to 50 people per auditorium per new CDC guidelines.

Movies will be made available on a wide variety of on-demand services for a 48-hour rental period at a suggested retail price of $19.99 in the US and the price equivalent in international markets. The announcement was made by NBCUniversal CEO Jeff Shell. Insiders say it isn’t a blanket policy for the studio’s entire 2020 calendar and that decisions regarding other titles and the duration of the policy haven’t been made yet.

Contestants taking part in the latest season of Big Brother Australia have had to be updated about the coronavirus and how much it has ramped up in recent weeks, reports News.com.au.

The new season is currently being filmed in Sydney’s North Head and it is understood the cast have been inside the Big Brother house for about three weeks.

Earlier today The Australian’s Media Diary reported that the housemates have limited access to mobile phones and information about the outside world and therefore are unaware how much the coronavirus outbreak has escalated.

However, a spokesperson for Endemol Shine Australia told news.com.au that the contestants have been brought up to date with what is going on.

“Endemol Shine Australia takes the health and safety of our crew and contestants extremely seriously,” the spokesperson said.

“We are working in line with current guidelines and production on Big Brother is continuing.

“Housemates have been brought across the current situation and we are in constant contact with the families to keep all involved up to date.”

In a series of interviews this morning, Stefanovic and co-host Allison Langdon quizzed government ministers on why social distancing measures were being put in place while parents were told kids should stay in crowded classrooms. Yesterday, the Prime Minister advised people to stay 1.5 metres apart.

Stefanovic laid into the Federal Education Minister Dan Tehan and said the official advice to keep schools running was “all over the shop”.

ABC’s News Breakfast is the latest television program to ban guests in the studio, in a bid to curtail the spread of the coronavirus, reports News Corp’s Lilly Vitorovich.

In a video posted on social media platform Twitter on Monday morning, co-host Michael Rowland said “life in Australia has changed dramatically over the weekend, and that means life is changing for all of us here at News Breakfast“.

Co-host Lisa Millar said the public broadcaster has had to make “some pretty tough decisions” to try and ensure the News Breakfast team, plus guests “stay healthy” during the coronavirus pandemic.

Though the streamer has not issued an official statement it is understood the “production pause” is pre-emptive, with no one related to the show having yet returned a positive test to COVID-19.

The show was nearing the end of its third block (pairs of episodes), and has approximately six more weeks of shooting ahead.

The playoffs were due to begin filming on March 26 but have now been postponed as a result of the requirements for all travellers to Australia from overseas to self-isolate for 14 days after arrival.

Survivor Australia 2020: Survivor finale to go ahead without host LaPaglia

Australian Survivor’s finale will go ahead without host Jonathan LaPaglia in the studio. Based in Los Angeles, the Australian actor and TV presenter will however name the series winner via video link from the US when the grand final episode is recorded in Sydney later this week, reports News Corp’s Mibenge Nsenduluka and Jonathan Moran.

LaPaglia intended to be there in person but with the COVID-19 situation continuing to rapidly change, he has decided to remain at home.

New government procedures would also mean that if he did come to Australia, he would have to spend two weeks in self isolation, which would push production back.

Survivor “superfan” Osher Gunsberg will step in as guest MC for the question and answer component of the All Stars Finale.

The pair and their team will be tested after coming in direct contact with Wilkins, who hosts a weekend morning show at Nova’s sister radio station, smoothfm.

NOVA Entertainment chief programming and marketing officer Paul Jackson said all staff “who may have come into direct contact” with Wilkins, including Fitzgerald and Wipfli and their team, will be tested and self-isolate for 14 days as instructed by the Department of Health.

A majority of players at last night’s landmark meeting, convened by the AFL Players Association via teleconference with more than 800 of the cohort from around the country, supported a plan to kick off Round 1 on Thursday night.

The players were presented with a range of options that could have been available but have united to play from this weekend if the landscape remains as it is.

A lot can change by Thursday night but, at this stage, the season will kick off at the MCG between Richmond and Carlton.

It appears inevitable that the 17-round season will be shutdown at some stage, either because the coronavirus outbreak takes over society or an AFL player becomes infected.

Players have been told that the league has proposed a 20 per cent pay cut as a result of the crisis, which the Herald Sun understands a number of players are unhappy with.