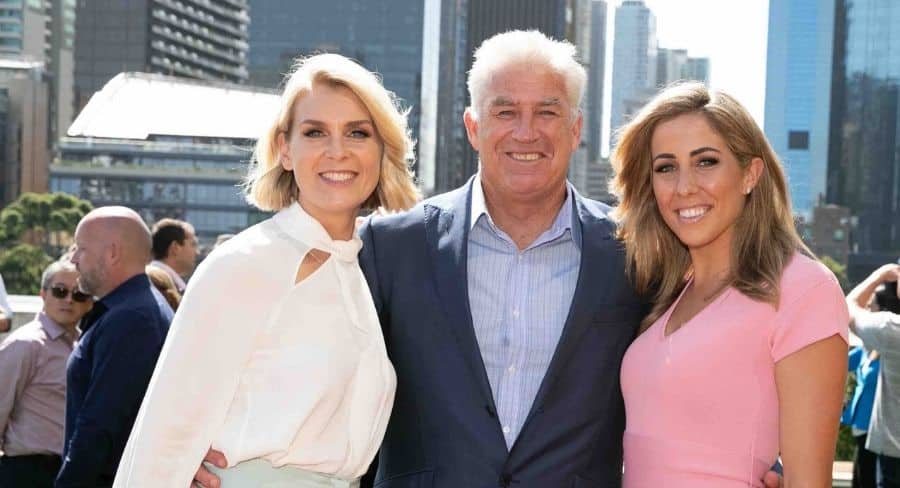 Fox Footy’s On The Couch returned last night on a day that offered much for the on-air team. The AFL program went to air just after the League shorted the 2020 season to 17 rounds and as AFL players were voting on whether they felt the season should start this week.

Host Gerard Healy is one of the game’s best analysts and can also be heard on the 3AW airwaves as well as hosting On The Couch in addition to Fox Footy special comments on weekend games.

He’s been the host of 3AW’s Sportsday (formerly Sports Today) for a long time. Since Mediaweek last spoke to him and his then radio co-host Dwayne Russell (more from him later this week), the pair have separated with Healy continuing with the daily radio sports show. There have been a few other changes too: In addition to the departure of Russell, 3AW has changed ownership and the Sportsday program is packaged for the station by Crocmedia out of their Southbank studios. However Healy is still employed by Nine Radio’s 3AW.

Melbourne sports reporter and broadcaster Sam McClure has re-joined the show, taking on a bigger role than he had previously with the departure of Russell. 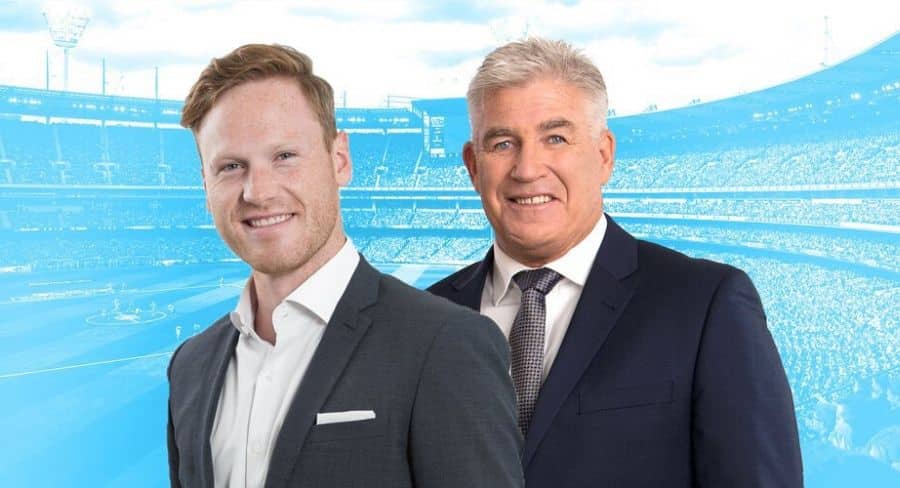 “We are still the same radio show where we talk about the issues of the day,” Healy told Mediaweek earlier this month. “Sam has a strong news bent and he’s broken some big stories already this year and when you are doing a one-hour show into Melbourne you need to make it pretty punchy.”

Healy hosts a second hour of Sportsday which can be heard into regional Victoria, southern NSW and all of Tasmania. The second hour is also available online for people in Melbourne and other markets.

Healy’s Monday night On The Couch program at Fox Footy has also had a major change this year – the program has lost Paul Roos as a contributor, and picked up Nick Riewoldt as a replacement. “We are disappointed to see Roosy go, but excited by the arrival of Nick. He’s also made his mark as a commentator for Fox Footy where he is doing a great job.”

Healy has held both his radio and TV roles for a long time. In radio he initially hosted the 3AW show with David Hookes. On TV he hosted Seven’s Talking Footy following in the footsteps of Bruce McAvaney and then Tim Lane. “The format moved to Fox Footy when it first started. It’s probably been going in total about 20 years,” said Healy.

On The Couch indicates there is an audience for a relatively serious analytical look at AFL. “It has had a great following over the years, there’s always something creating news and it is very much an Australia-wide program.”

When it comes to weekends Healy does two games in either special comments at the ground or studio analysis for Fox Footy. He’s also doing more with 3AW this year. “I am hosting the 3AW Thursday coverage. It’s a pretty busy week once is starts during the season.”

Healy has been a Perth Sunday game specialist for many years for Fox Footy. But he doesn’t catch the red eye home. He’d prefer a sleep first. “I then catch the 6am flight, land in Melbourne late morning and go to the On The Couch production meeting.”

One change that Healy is unhappy about at 3AW is the loss of a Tuesday night radio regular. “Caroline Wilson has committed to two episodes of Footy Classified each week this season. After a long discussion she told me that she doesn’t want to work evenings three days in a row. I’m disappointed because Caro and I have worked together for 25 years. She will now be an irregular contributor – she is the best [sports] political journalist in the country and her opinion carries weight.”

The good news is that Leigh Matthews is moving to Sportsday Tuesday nights to fill the gap. “He’s the most powerful voice in football still.” The other good news is that Matthew Lloyd remains a must-listen on Monday nights for some of the best analysis of the game. “We also have Richo, a fantastic contributor on Wednesdays, with his famous Yes/No for Richo segment where he gets asked some very difficult questions. There is no grey area – he has to give us a yes or no answer.”