When cricket officials are comparing broadcasters to Donald Trump it is a clear sign the war between the two parties has moved beyond civil, reports The Australian’s Peter Lalor.

Tasmanian cricket boss Andrew Gaggin has launched a scathing attack on Channel 7 boss Lewis Martin in response to an affidavit filed with the Federal Court as part of the ongoing dispute between the two parties.

Gaggin hit back at suggestions from Martin that there may have been a financial inducement to move the start of the BBL season to Tasmania – something which has upset the rights holder.

“The Trump-like allegations concerning the Tasmanian state government are patently absurd and untrue. The Tasmanian government has certainly provided an incentive,” Gaggin said.

Gaggin is a senior litigation partner of Tasmanian law firm Murdoch Clarke Lawyers and has been in the role of chairman at Cricket Tasmania since 2015.

ABC asked: did you have ministers tailed for Four Corners report?

The ABC’s flagship current affairs program is facing questions from the Morrison government over whether a private investigator conducted covert surveillance on senior ministers at taxpayer expense during the compilation of its report exposing the private lives of politicians, reports The Australian’s Sharri Markson.

Since the ABC program aired, several whistleblowers have come forward to inform senior figures in the Morrison government that a freelance investigator was used for the Four Corners program.

“Did the ABC have Ministers tailed?” No, it didn’t

News Corp’s The Australian has today published a series of questions it says are being put by “the government” to the ABC’s Managing Director, David Anderson, regarding the Four Corners episode “Inside the Canberra Bubble”, comments the ABC in response to the News Corp newspaper’s story.

These questions have not yet been received by the ABC; they appear to have been sent to The Australian first.

The ABC did receive some questions yesterday from The Australian’s Sharri Markson, which we answered in full.

Elaine Stead had “suicidal thoughts” and took a month off to get psychological help after her mental health was “obliterated” by a column by Financial Review journalist Joe Aston, the former Blue Sky director told the Federal Court, reports The Australian’s Cameron England.

On the second day of her defamation trial against Aston, Dr Stead told the court that she took time off to get “intensive therapy” in the wake of a column published in February 2019. She felt that a later column published in October entitled “Fox in Steven Marshall’s burning henhouse”, was “calling for my sacking”.

“What a shame! The Australian PM was mocked by netizens around the world for demanding that China apologise!” said a headline on New Impression Media’s Sydney Impressions WeChat account.

The online article, aimed at Chinese-Australian residents in Sydney, went on to say Morrison had been “laughed at by the whole world for two days” as a result of his call for China to apologise over the fabricated image of an Australian soldier holding a knife to the throat of an Afghan child.

The Office of National Intelligence has confidentially briefed the government that many of Australia’s most popular Chinese-language news outlets have been co-opted by Beijing to advance China’s strategic interests.

The analysis had found that online news media platform the Southeast Net Australia was fully and openly controlled by the Communist Party but Beijing’s sway over other domestic outlets was, while more subtle, still evident.

The program launched on 3 December 1945 – just months after the end of the Second World War – with these words: “Hello everyone, this is Dick Sneddon of The Country Hour, with a program for the farm families of Australia.” And so began an Australian rural tradition that has been covering the people and events that have shaped rural Australia for the past 75 years.

The ABC’s managing director, David Anderson, said there was no other ABC program that has had such an impact on Australian life over such a long time. “The story of life on the land is in many ways the story of Australia itself. The Country Hour and ABC Rural have covered every aspect of everyday country life since 1945 – from droughts and floods to cyclones and bushfires, from locust plagues to cycles of boom and bust. 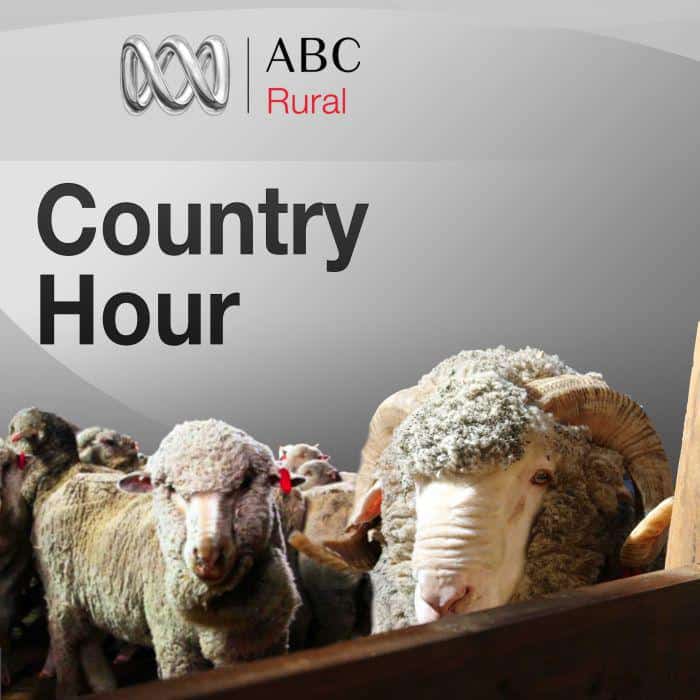 The director of ABC’s regional & local services, Judith Whelan, said The Country Hour and the ABC’s rural programming had successfully moved with the times, expanding its coverage of regional and rural events onto digital and social media platforms from the mid-2000s.

“Today The Country Hour and ABC Rural bring their audiences stories on multiple platforms. Our producers and reporters are creating daily content for radio, audio-on-demand, online, social media and video for digital and television.” 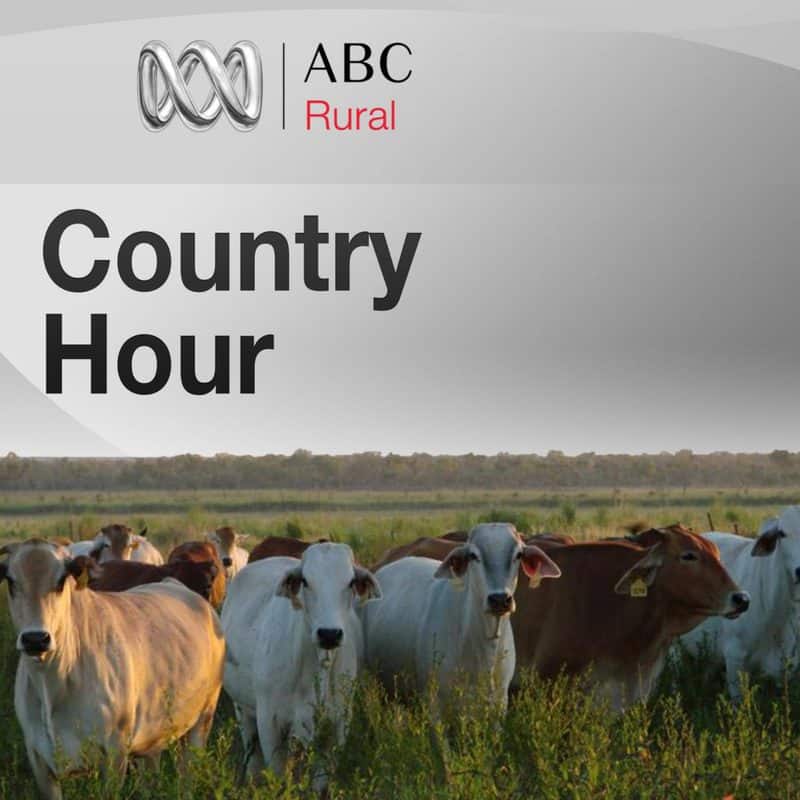 The Queensland Country Hour will dig into the archives and explore the state’s rich agricultural history with a broadcast from the John Oxley Library in Brisbane.

The New South Wales Country Hour  returns to the site of its 60th anniversary celebrations when it broadcasts from Cumnock in the central west.

Picking will be underway when the Tasmanian Country Hour broadcasts from a cherry orchard in the Derwent Valley, west of Hobart.

The Victorian Country Hour will celebrate the state’s cropping history broadcasting from Birchip in the Mallee.

The NT Country Hour will be coming from the Noonamah Tavern in Darwin, located between a mango farm and a live export facility.

The South Australian Country Hour will broadcast from the University of Adelaide’s Waite campus, home to the largest concentration of agriculture and wine research in the country.

The Western Australian Country Hour will be treated to a week of mini anniversary broadcasts.

The Country Hour is broadcast on all regional ABC Radio stations from noon local time in all states and territories except the ACT. Respective state programs can also be heard in metropolitan Adelaide, Darwin and Hobart.

You can listen to your state edition of The Country Hour on your AM/FM or digital radio receiver; on the ABC listen app; or online via your local ABC regional station’s website.

Mick Molloy, who was sacked twice by Channel 9, has opened up about his hilarious encounters with the network’s former owners, Kerry and James Packer, report News Corp’s Nui Te Koha and Jackie Epstein.

Molloy came into their multi-billion dollar orbit as Nine schmoozed the comedian and broadcaster, who became a hot property after his hit radio show with Tony Martin.

“I got called into the (Channel 9) office in Melbourne,” Molloy told the Herald Sun’s Sacked: Showbiz podcast.

On Monday Angela Bishop was back where she belongs, on a showbiz red carpet at the AACTA Awards – her first in 9 months.

It was a pared down event on Monday with select press, limited invitees and zero ‘plus ones.’

“It’s great to be back on a red carpet and I like this new idea of having some space! The last red carpet I was on before this was the Oscars in March, just before shutdown,” she told TV Tonight.

“It’s great to see everyone so excited to be here and celebrating after such a rotten year for the arts, in particular.

Superstars Roger Federer and Serena Williams, plus their entourages, will begin arriving from January 15 and go into a two-week quarantine where they will be able to train as long as they provide a negative test result upon arrival in Melbourne.

After weeks of negotiations with the Victorian State Government, Tennis Australia boss Craig Tiley confirmed via e-mail on Wednesday afternoon that the opening Grand Slam of 2021 had been given the green light.

“It’s taken a while, but the great news is it looks like we are going to be able to hold the AO on 8 February,” Tiley said.

See also: Nine sales chief’s outlook: ‘Next year we will be even stronger’

Nine’s Michael Stephenson told Mediaweek: “We are working closely with Tennis Australia and the Victorian Government to finalise the start date of the Australian Open. Craig Tiley from Tennis Australia will help us navigate through this. We are well progressed in conversations with ad partners and sponsors for the Australian Open and the tennis and Married at First Sight will be the two events that kick off the year.”