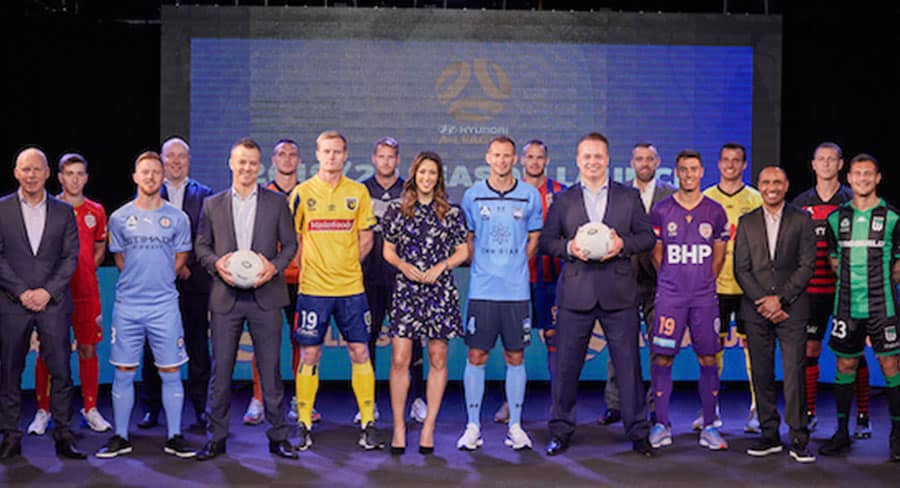 Snapchat’s co-founder says he isn’t worried about competition from the likes of TikTok and Instagram, telling The Australian’s David Swan that Snapchat users are generally more engaged and use the app for ‘real connection’ more than their rivals.

Speaking exclusively to The Australian, Snap co-founder Bobby Murphy said that his app’s focus on communication between close friends – achieved through augmented reality and the app’s heavy focus on the camera – means it will retain its popularity with Generation Z and millennial users.

Snap has sought to set itself apart from rivals for both users and investors, focusing on friendships rather than broadcasting to an open audience, and allowing it to avoid the misinformation and hate speech problems that have plagued Facebook and Twitter.

“It comes down to focusing on what differentiates us,” said Murphy. “Snapchat has always been about communication between real friends, and in many of our core markets we’re an application that people use alongside other apps, not necessarily instead of.”

Bauer had spent $565m accumulating their magazine stable, and while no one is confirming the latest price, the highest mooted figure is $50m.

Mercury is headed by Perkins and boasts high-profile New Zealand directors Craig Heatley, who started Sky TV in New Zealand, along with Tom Sturgess and Geoff Ricketts. Perkins, the former chairman of Kathmandu, joined forces with CVC’s Ben Hawter and Oliver Tompkins of McKinsey & Co to set up Mercury.

‘Keep out of my f—ing life’: Peter Foster’s tirade over podcast

Gold Coast conman Peter Foster has sensationally unleashed on the journalist behind a new podcast about him, calling the journalist a ‘horrible grub’ and challenging him to a boxing bout, reports News Corp’s Greg Stolz.

Former CNN anchor and A Current Affair reporter Justin Armsden produced the explosive podcast called King of Sting, which is being released this Sunday.

Armsden, who spent years tracking Foster with a private eye for ACA, took to Facebook today to reveal he had copped an expletive-ridden tirade from the serial scammer.

“You horrible c..t Armsden,” screenshots of the Messenger rant read.

“As if I would not square up to a horrible little (expletive) like you – anytime you want, Police Youth club boxing ring – 8 ounce gloves, I will teach you the lesson of a lifetime. Bring a TV crew.”

Posie Graeme-Evans, the creator of long-running Australian drama McLeod’s Daughters shared news with fans of the show yesterday that a long-anticipated reboot of the franchise could be coming:

“It’s called The McLeods of Drovers Run and I started writing the story a couple of months ago. Today we heard that we’ve got backing from Screen Tasmania and the Tasmanian Government to write the very first stage of the movie. This is such a vote of confidence in McLeods. And I promise, as we develop the story with the very talented screen writer Emma Jensen (Mary Shelley and the upcoming release, I am Woman – the Helen Reddy story) that I’ll keep you with us every step of the way. We’re just at the beginning, the very beginning, but we’re on our way. No promises but I have such a good feeling about this.”

Speaking to The Mercury’s Linda Smith, Graeme-Evans added from her Tasmanian farm near Cygnet:

“It’s insane,’’ she said of the hype around The McLeods of Drovers Run movie.

Smith reported the film will be set in Scotland – as viewers meet the original drover of Drovers Run from the 1850s – with Graeme-Evans hopeful those scenes could be filmed in Tasmania.

Foxtel has walked away from its current broadcast deal with Football Federation Australia but could lock in a new, cheaper agreement with the sporting body for the COVID-19-hit 2020 A-League season as early as Friday, reports The AFR’s Max Mason.

Sources told The Australian Financial Review that Foxtel was using a clause in its contract regarding content – the staging of games – not being delivered for 20 days, allowing it to walk away or renegotiate.

Foxtel is open to a new, more financially suitable arrangement. It could announce a deal for the rest of the 2020 season as soon as Friday.

Foxtel made an earlier offer of $11 million per season, which the FFA was not happy with, as it was well below Foxtel’s current deal for broadcast rights with the sporting body worth about $57 million a year in an agreement that runs until 2023. The sport has not been a ratings success for the News Corp-majority owned subscription business.

The completion of the A-League season may yet be broadcast on Fox Sports, after more negotiations between the broadcaster and Football Federation Australia late on Thursday, reports News Corp’s Tom Smithies.

Though Foxtel, as owner of Fox Sports, has indicated it intends to walk away from its contract to show the competition until 2023, confirmation of a deal to broadcast the remainder of this season could come as soon as Friday.

One option would be for both parties to agree a one-year deal at a reduced rate, allowing FFA and the clubs time to find a new broadcast partner.

An invoice for nearly $15m sent by FFA to Fox on Monday – for the July-September quarter – appears to have been the catalyst for the breakdown, with Fox removing all domestic football content from its website late on Wednesday.