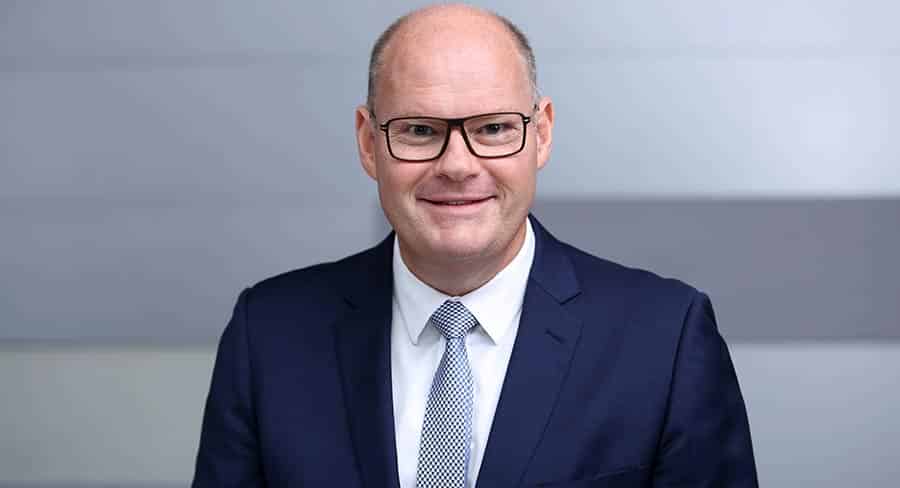 • He speaks to Mediaweek about strategy, CBS and the cross platform delivery of content.

Earlier this year 10 signalled a renewed focus on news with the appointment of Ross Dagan as network director of news content. In the past week Dagan has hired Chris Bath and Peter Van Onselen. He speaks to Mediaweek about strategy, CBS and the cross platform delivery of content.

What were you doing prior to re-joining 10?

I was working in Doha with the Al Jazeera media network. I worked for them at launch out of Kuala Lumpur, and had an opportunity to go and work for them again out of Doha, head office, so it was fascinating, outstanding.

It was a really interesting opportunity and a wonderful part of the world to get to know better and to understand better. It was a very a dynamic 24-hour a day news channel with a multi-platform approach to how it delivers its content.

What did you hear from Network 10 that attracted you to this role?

10 is a fantastic place to work, it’s the best workplace I’ve ever been. I’ve been here once before and had a thoroughly impressive time. The organisation is benefiting greatly from CBS involvement.

People are energetic and excited about what’s happening here, even though some of the them faced difficult times in the last couple of years.

But they’ve stuck with it and those that are here, want to be. The energy is great, there is no backstabbing, there’s no TV tantrums, there’s none of that rubbish that you hear about that happens in other parts of the industry. We have a happy workplace and people want to turn up, and they are good things for any workplace, but particularly in a broadcasting/media environment, they’re really great assets. We will work hard to make sure that continues to be one of the things that sets Network 10 apart.

Will viewers see an expanded news offering in 2019?

We’d be barking mad if we weren’t always looking for ways we could do more, and ways we could apply our brand and our content across different platforms. In my mind, there are many ways that may translate in a broadcast environment. If we can have content that isn’t the same as everyone else’s, if we can play to 10’s strengths, and ensure we aren’t doing a me two, a me three or a me four product, then by all means, the organisation is all ears as to how that might play out.

What could change about what is on the schedule now?

I have to say that the only definition of success is not whether we do an extra broadcast bulletin here, and an extra broadcast bulletin there. We should be judged on what our digital content is, we should be judged on what our content is, and where that goes. All of those things are more forward looking than analysing whether we launch a new such and such, at a certain time slot, on a broadcast linear environment.

10 Daily relaunched earlier this year. It has surpassed any of our expectations around where it’s going, it’s heavily news at its core, it’s absolutely integrated within our news operation and the growth it’s had, week on week, month on month, in terms of the number of eyeballs that are reaching, is beyond anyone’s expectation.

I’ve been involved in a lot of cross-over newsrooms over the last 20 or 30 years, and this is the best integration I’ve seen, where the teams work absolutely well together.

The single biggest news audience remains at 6pm on television. Would you like to compete at that time?

No, I wouldn’t. I think that 10 has lots of strengths, and when we decided on what we’d call ourselves at the re-launch, we went through a lot of options around what we wanted to be called. We decided on 10 News First, because the first was important because of our heritage, and the heritage of our brand that is so obviously, and proudly being linked to being First At Five for so many years. It was really important that first remain part of our title, and a big part of that was the heritage around being First At Five.

I don’t think Australia is well served if there are three competing commercial news services. I just don’t think that’s a logical programing choice. It’s not a logical choice for how people get to see good content. People want choice, and they already have the choice between effectively Coles and Woolworths at 6 o’clock. We don’t think we need to add in another brand to further separate that audience.

Is the relaunch of 10 Daily changing the 10 news product?

It’s interesting when you bring a new team into an existing team. By the nature of a new team coming in and a new team being formed, it doesn’t happen often in broadcast environments, but we’ve been lucky for it to happen in this environment. You’ve got a whole club of new ideas and new thinking around the stories of the day.

Demographically 10 Daily’s news is for people under 40. So by the nature of that, broadly speaking, we’ve got an awful lot of interesting content that is being made in a relevant, contemporary, engaging way for people who might not necessarily have been people who would have tuned in to 10 News at 5pm in big numbers historically. So the cross-over between those brands and the cross-overs between the demographics of those brands is really powerful.

How has the parent company been helping in terms of resources, learnings and strategy?

CBS has been remarkably supportive. They are remarkably interested and they are keen on ensuring we can be as successful and we can be. I’ve been to New York a couple of times for meetings. I’ve had time with the president of CBS News and I talk every other day to CBS in some form or another about what they’re up to. They’re content people. That’s impressive about CBS. They’re content people. They make good content and the fact that CBS News is such a strong and powerful legacy, heritage brand that is absolutely one of the pre-eminent sources of content for news and news-based programing in the US is clearly a big positive.

While we need to be mindful of the network we are a key part of, we also need to deliver the news. News is always skewed somewhat older. Thankfully, we have a relatively youthful audience for First At Five. It skews younger than the other news products on broadcast environments. And we’re always looking for how we appeal to the most number of people in the best possible way.

Our challenge is to find older audiences and to continue to engage with them while also being contemporary across a large age group of people.

Who do you have outside of Australia working for your news division?

We just restarted a London bureau with reporter Eammon Atkinson, and I am optimistic we will have a reporter out of LA very soon. The big thing to remember is that we have a whole network [CBS] in America.

This very powerful partnership that we have with CBS. The sharing and co-operation there is beyond anything I’ve seen before, between an Australia network and a US partner.

You have just employed Chris Bath – will those weekend bulletins continue to be national?

They will continue to be national, although we will do a second edition for west coast audiences live into those markets, probably in the new year.