The Australian journalist has a long history working in newsprint in Southeast Asia, emerging as one of the most experienced editors in the region.

Alan Parkhouse‘s Southeast Asian sojourn began in 1974 when, after finishing his apprenticeship as a compositor, he travelled to Asia and filed features on Laos and the Cambodian border for Sydney’s The Daily Telegraph, where his father was news editor.

He then did stints as a reporter and sub-editor in London and Sydney, where he also edited two suburban newspapers, The Blacktown Star and the Mt Druitt Star.

In 1991 he went to Bangkok to work as a sports section senior sub-editor for The Nation, and in 1994 worked as a sports sub on the Eastern Express in Hong Kong.

In 1995 he joined the super-ambitious Asia Times in Bangkok, which went spectacularly bust in 1997 just as the Asian financial crisis set in. 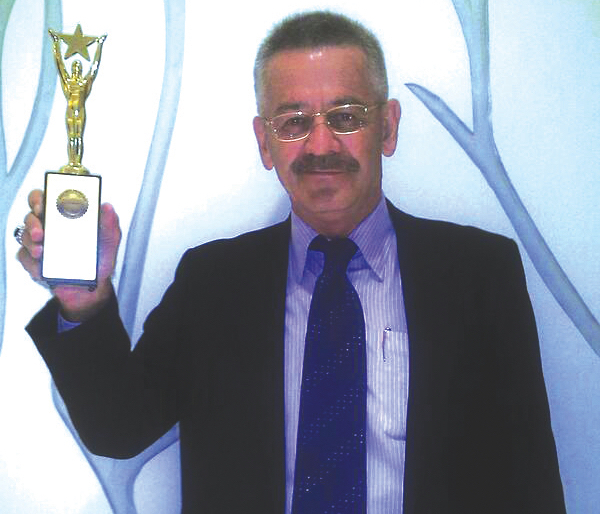 Parkhouse returned to Sydney and worked in various roles for mostly Fairfax publications until 2002, when Bangkok called again and he became sports editor on The Nation. In 2007 he became chief sub-editor of the Sunday Bangkok Post.

In 2011 he joined The Phnom Penh Post, rising to editor-in-chief. In 2014 he worked in Bangkok again as senior editor at the Sunday Bangkok Post, and in 2016 took up his present role as Khmer Times editor-in-chief in Phnom Penh.

Given the volatility of the Southeast Asian newspaper market, ruthlessly pared-down staff numbers and limited resources, what’s the big Asian attraction for Parkhouse?

“Mainly the excitement of working on some great stories,” he says. “The stories we put in briefs in newspapers in Southeast Asia would be page one news if they happened in Australia.

“There’s also the fact that it’s possible to be more hands-on in papers here than it is at home – you write the story, take the photos, design the page and write the headline and caption.

“It’s also been an amazing experience watching countries like Thailand and Cambodia develop and grow, and to be part of that.”

He particularly appreciated working on the Asia Times. “We broke all sorts of new ground at the time, including being one of the first papers in the world to use a new-fangled thing called email on the internet to communicate with our people.”

As for regrets, he has a few. “My greatest regret is watching the standards of journalism slip in papers around the region. I think the same could be said for Australia too. Here in Cambodia a lot of the young foreign journalists write opinions into their stories, particularly on politics. But very few of them actually write opinion pieces for op-ed pages.

“My other big regret is the slow death of newspapers. Thankfully there are three small English-language newspapers in Cambodia, but like the rest of the world, none of them make any money.”

During his stint at The Phnom Penh Post,  the paper won about 20 international awards while and Parkhouse cites his greatest achievement working in the region as winning the World Association of Newspapers (WAN-IFRA) gold award for The Phnom Penh Post’s special 20th anniversary edition.

“It was a 68-page special edition which I put together in only three days with two Burmese designers,” he says. “A lot of well-known journalists in the region contributed stories as well as some very well-known photographers like Tim Page.

“We beat the Financial Times and the China Daily to win the gold award. The Phnom Penh Post still uses pictures of my trophy in its house ads, which annoys me as now I’m in opposition with my old paper.”