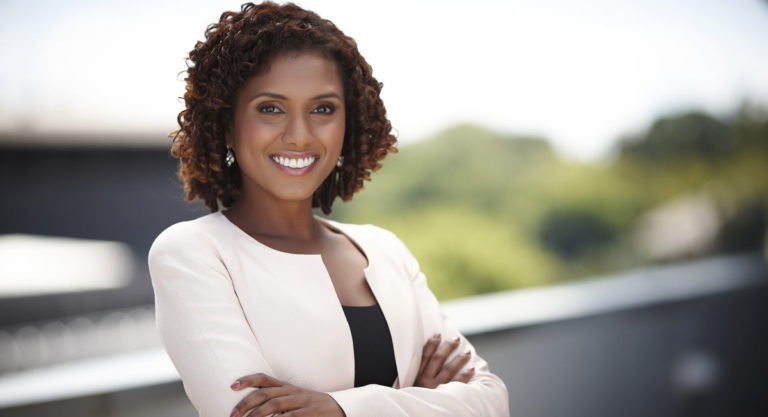 Karina Carvalho
ABC presenter Karina Carvalho (above) is moving to a new national role in 2018.
After five years leading ABC TV’s flagship 7pm News bulletin in Queensland, Carvalho will relocate to Sydney to take up a primetime presenting post for the ABC News channel.
Her final Queensland bulletin is this Thursday 11 January.
From Monday 29 January she will anchor ABC News channel every weeknight 7pm-9pm.
Louisa Rebgetz will step in as Queensland newsreader until Carvalho’s successor takes over the anchor’s chair.
More details on ABC News channel’s 2018 lineup will be unveiled shortly, including two new programs hosted by Stan Grant and Patricia Karvelas.
Carvalho joined the ABC in 2007 after working for the BBC. After a stint as a reporter in the Perth newsroom, she presented the 7pm News in Perth for three-and-a-half years before moving to Melbourne to present ABC News Breakfast alongside Michael Rowland. She took over as Queensland 7pm News presenter in April 2013. SBS managing director Michael Ebeid released a statement about the recent death of SBS chief content officer Helen Kellie (pictured):
Our much-loved colleague and one of the most remarkable people I’ve had the privilege of working with, Helen Kellie, passed away just before Christmas from an incurable cancer.
Our thoughts and prayers have, and continue to be, with Helen’s family during this incredibly heartbreaking and difficult time.
Helen migrated to Australia from the United Kingdom with her family in late 2012 to join SBS as our director of marketing because she believed wholly in what SBS stands for. In mid-2014, Helen was promoted to the new role of chief content officer, a role she excelled at, with unrivalled passion and energy.
To say that we will miss Helen does not go any way to doing justice to the impact she had on many of us as individuals and on the organisation we are today. Helen was a true leader, innovator and creative who shared her skills and knowledge with all she worked with, and a generous and inspiring colleague, friend and mentor to many. The SBS family is mourning her passing.

Kellie’s father-in-law Richard Sarson has written an obituary for The Guardian:
The daughter of James, a company director, and his wife, Angela (nee Paten), Helen was born in Sheffield and spent her early life in the Peak District. After Sheffield high school, she went to Merton College, Oxford, to study chemistry.
She joined the BBC in 2000 and rose through the marketing ranks. In 2008, she became the first marketing director of BBC Worldwide, the part of the BBC that sells British-made programs around the world. A BBC colleague told me: “Helen did not just make speeches about change to the online world, she delivered it.”
In spite of her demanding jobs, Helen was a wonderful family person. She is survived by her husband, Ben Sarson, whom she married in 2004, and their children, Edie and Fred, and by her parents and three brothers.
[Read the original] 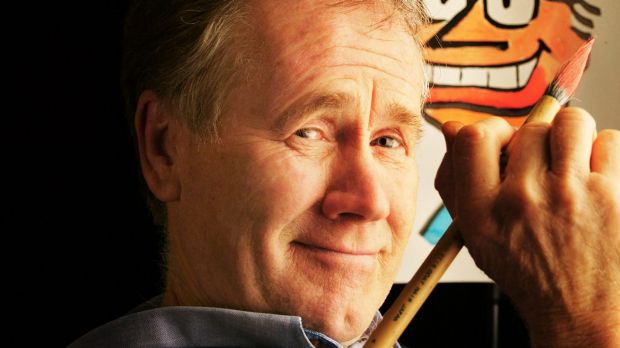 Ron Tandberg, whose perfect little “pocket” cartoons have been among the most loved features of The Age for the past 45 years, has died after a short battle with cancer.
Fairfax Media associate editor Tony Wright reported:
Tandberg, who turned 74 on New Year’s Eve, died on Monday, surrounded by members of his family – his wife, Glen, at his side – at the St John of God Hospital in Geelong.
Tandberg joined The Age in 1972, and went on to win an extraordinary 11 Walkley Awards, including two Gold Walkleys.
Tandberg, who also worked for the Herald Sun for a period in the 1990s before returning to The Age, rarely came into the office over the past 20 years.
A book of his work from 2017, “A Year of Madness: The Tandberg Collection”, is currently being published by Wilkinson Publishing.
Photo: Ron Tandberg by Simon Schluter/The Age
[Read the original] 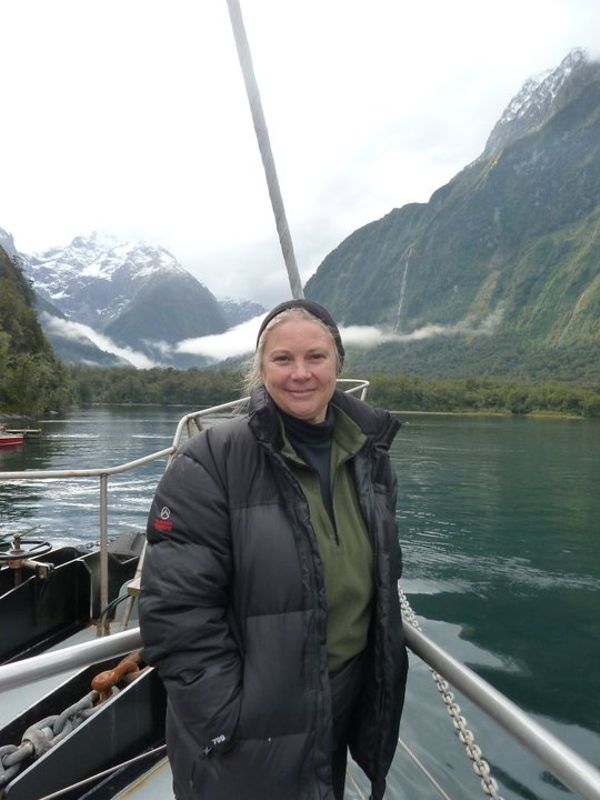 TravMedia founder Nick Wayland has paid tribute to colleague Kris Madden (pictured) who has died suddenly:
For many of us who knew Kris, it is with the deepest sadness and regret to confirm she unexpectedly passed away last Friday at her home in Sydney, after returning from Christmas in Melbourne.
For several years Kris wrote press releases and copy for the national tourism body Tourism Australia’s website Australia.com. She wrote for a number of books including Lonely Planet, and regularly for newspapers and magazines National Geographic Traveller, The Australian, Australian Geographic, The Sydney Morning Herald, The Age, The Sun-Herald, The Sunday Telegraph, Cruise Passenger, Vacations & Travel, Get Up & Go, Discovery Channel, Flight Centre Travel Ideas and Yahoo! among many others.
She was the former managing editor of trade magazines Traveltalk and TravelBulletin. I think it would be safe to say Kris was one of the most prolific and successful freelance travel writers of our time.
It comes as no surprise Kris was also a multi-award winning journalist. In 2012, Kris was the winner of the Best Trade Story award at the Australian Society of Travel Writers Journalism Awards for Excellence.
Kris was one of the original members of TravMedia. She was a mentor to many and a close friend.
She passed away too soon. Kris will be sadly missed. Our thoughts and prayers are with Tony, his family, and friends.
[Read the original] 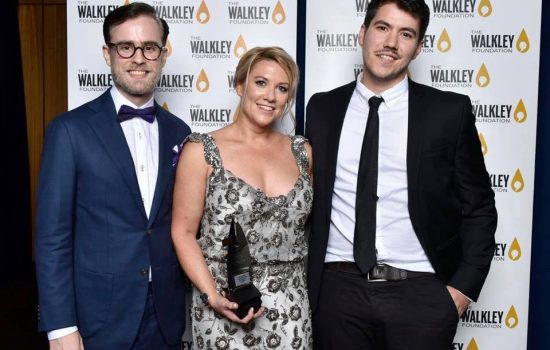 Walkley Award-winning radio producer Jesse Cox died in late December from a rare soft tissue cancer that spread unexpectedly to his brain, according to his family.
Cox, who was only 31, was husband to ABC TV executive producer Que Minh Luu, father to two-year-old Alfred Dao, son of Louise Cox and Mark Piddington, and brother of novelist Jack Cox.
Jesse Cox worked for Radio National for more than four years before leaving late in 2017 to join Amazon audio entertainment company Audible as head of original content.
Cox won this year’s Innovation Walkley for ABC Radio’s Trace podcast with journalist Rachael Brown and Jeremy Story Carter.
Benjamin Law and Josephine Tovey wrote this Fairfax Media obituary for Cox, which was published on January 7:
After graduating from Leichhardt High School, Cox got his start in radio as a volunteer on Sydney community radio station FBi. It was there in 2010 that he, Eliza Sarlos and Brigitte Dagg co-founded All The Best – a weekly storytelling show that blended documentary, interviews and fiction. Something of an Antipodean cousin to This American Life (TAL), it became an incubator for a generation of radio-makers that is still broadcast nationally today. 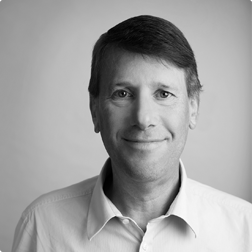 Just days before the official arrival of new CEO James Warburton, APN Outdoor has announced the departure of CFO Wayne Castle (pictured).
The APN board thanked Castle for his work at the company over the past 15 years, noting his work preparing the business for the transition to a listed company in 2014.
Chairman of APN Outdoor Doug Flynn said: “We thank Wayne for his commitment and drive during his time as CFO of APN Outdoor and we wish him well in his future endeavours.”
David Watkins, general manager finance, will be acting CFO and company secretary while a search of internal and external candidates is undertaken for a successor.
James Warburton will commence as CEO on January 22. 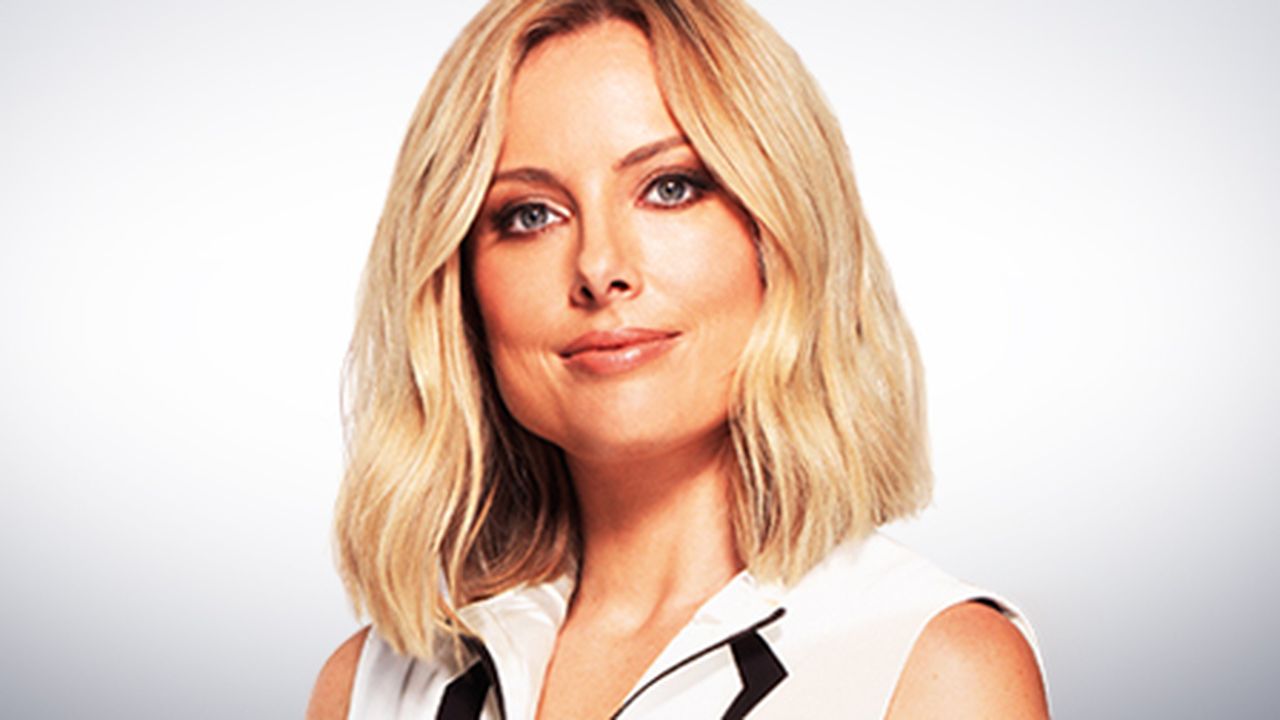 Nine has announced Allison Langdon (pictured) and Peter Stefanovic will co-host Weekend Today with Jayne Azzopardi presenting news.
The pair of 60 Minutes reporters will also continue to contribute to the Sunday current affairs flagship.
Tom Steinfort, who has been co-hosting Weekend Today since early 2017, has begun a full-time reporting role on 60 Minutes.
Nine Network director of news Darren Wick said: “What a team to wake up with every weekend. The dynamics and professionalism of Ally, Pete and Jayne guarantees a relaxed and warm start to your weekend, and I couldn’t be happier. I want to thank Tom Steinfort for his wonderful work on Weekend Today and congratulate him on his new role at 60 Minutes.”