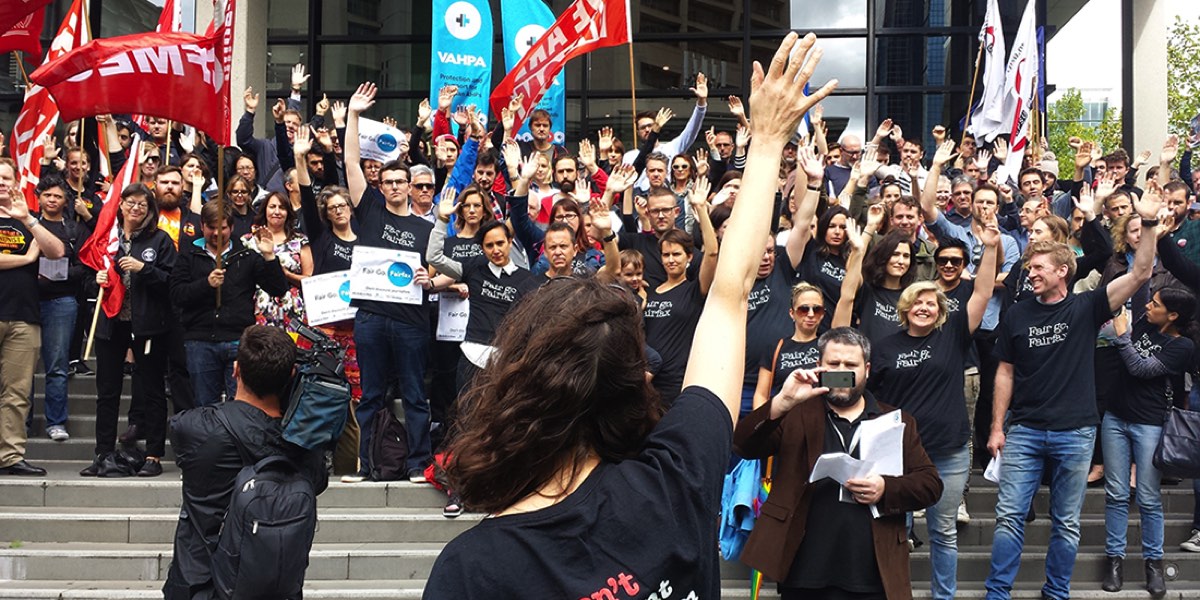 The MEAA has asserted its bitter disappointment that Fairfax Media will persist with savage cuts to its editorial staff.

The Media, Entertainment and Arts Alliance (MEAA), the union and industry advocate for Australia’s journalists, has reported it is bitterly disappointed that Fairfax Media will persist with savage cuts to its editorial staff.

The MEAA released this statement yesterday:

Fairfax management has exempted its executives from making sacrifices while rejecting many cost-saving initiatives suggested by staff that would have saved crucial editorial positions and maintained its ability to continue delivering high quality journalism.

About 20 jobs have been saved but Fairfax says it will still cut about 100 full-time equivalent positions in its metropolitan daily news and business divisions in Sydney and Melbourne.

Staff had earlier presented management with a job savings plan that included executive wage-freezes, cuts to executive salaries and a reduction in the size of the board. These ideas were rejected by Fairfax management which claimed some of the cost savings were “outside the scope” of its cost savings “proposal”.

The journalists union reported the top four execs and the board earned almost $6.5 million last year.

Stop-work meetings of MEAA members will be held in Sydney and Melbourne at 1pm Friday.