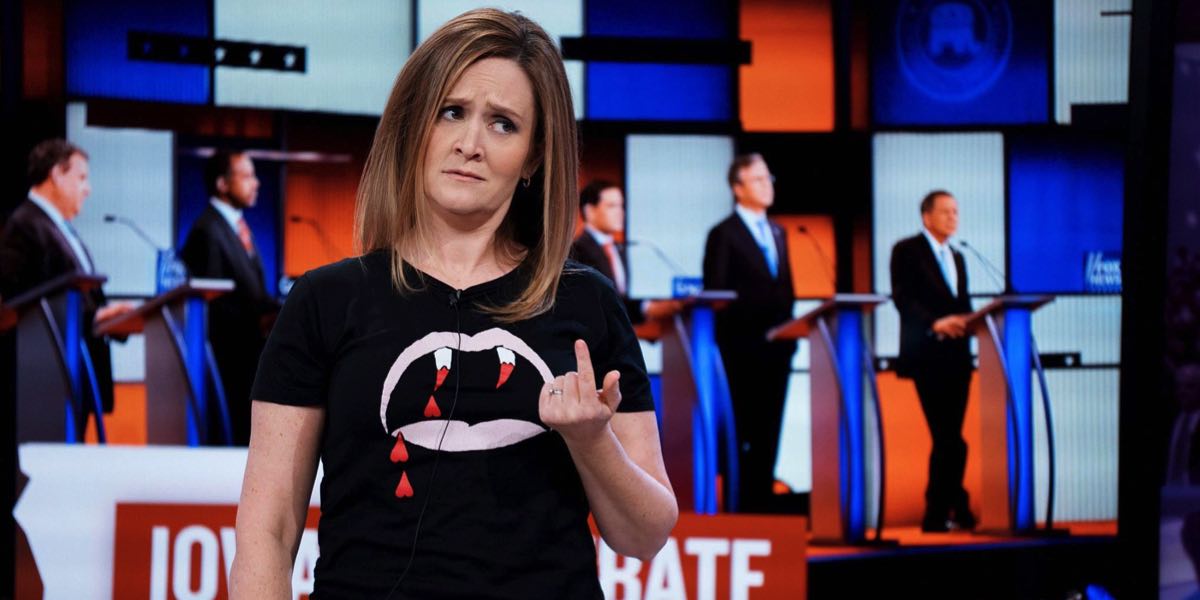 Comedian, writer, actress and political commentator Samantha Bee brings her sassy, smart and satirical point of view to a range of current and relevant issues in her very own late night comedy show, Full Frontal with Samantha Bee, which premieres Tuesday, 26 April at 8.00 on SBS 2 and on SBS On Demand.

Breaking up late-night’s all-male party, Samantha Bee is currently the only female late night talk show host. In her new weekly show, Samantha brings her nuanced view of political and cultural issues, her sharp interview skills, her repartee with world leaders and, of course, her signature wit.

Formerly the longest-serving correspondent on the Emmy award-winning The Daily Show with Jon Stewart and one of the most unique and visible comedic voices on television, this late-night comedy show offers a tongue-in-cheek take on weekly news and explores other important stories in-depth that have been largely overlooked by more traditional media outlets.

The comedian and media critic – who also starred in Tina Fey and Amy Poehler’s Sisters – breaks down a number of important topics such as; gender equality, religion, abortion, refugees, social media, and the 2016 U.S. Presidential Race, including how many outrageous things can Donald Trump say per appearance (spoiler: infinite) , Bernie Sanders’s “Bros” and the “The Real Kasich.” Bringing her signature brazen style with brains and a bit of spunk to these taboo topics, Bee tackles these subjects in a way that no one else can.

From her encounters with Syrian refugees in Jordan, to her face to face with Donald Trump’s biggest supporters, get up to date with all things Samantha Bee with the first nine episodes, now streaming on SBS On-Demand: http://www.sbs.com.au/ondemand/program/full-frontal-with-samantha-bee

Entertainment One (eOne) handles the worldwide rights for the series outside of the U.S. and Canada and the series will broadcast on SBS 2 from 8.00pm, Tuesday 26th April.