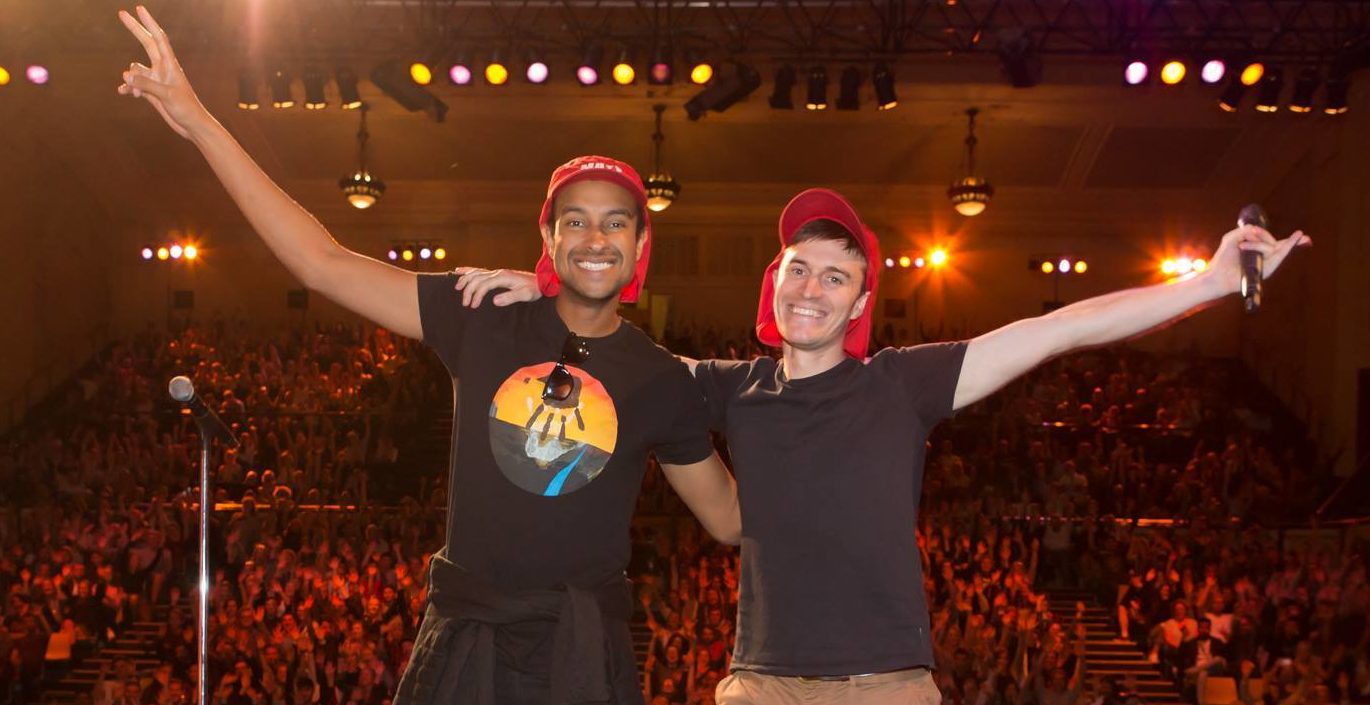 The duo will be shouting “pack er up boys!” one last time on triple j’s morning airwaves

triple j Breakfast hosts Matt & Alex have announced that they are quitting the show at the end of the year.

The duo will be shouting “pack er up boys!” one last time on triple j’s morning airwaves on Friday December 16 before sleep ins finally become a reality.

Alex Dyson will spend the time globetrotting while Matt Okine has plans to focus on his television career.

triple j this morning released a statement that read in part:

After 10 years at the station, Alex Dyson is excited to whip out his underutilised passport, saying, “After spending over a third of my life at triple j, I felt it was time to give someone else a go while I travel the world, do a bit of writing and wean myself off my addiction to new Australian music.”

Continuing his successful comedy career, Matt Okine plans to focus on TV, saying, “Before radio I actually studied an acting degree, so I figured I’d wait until my looks and hair had completely deteriorated before moving to the small screen.” He’s also committing more time to his own music project, Boilermakers.

We’re sad to see two of triple j’s most loved and iconic presenters move on, but are excited for their next adventures, with triple j Content Director Ollie Wards saying, “As soon as I wake up I hit the triple j app to hear what Matt & Alex are talking about. Not because I have to, I’m genuinely a massive fan. From ludicrous talkback like ‘what’ve you eaten for stuff?’, wtf moments to learning about space – triple j breakfast has been an awesome ride with Matt & Alex. I can’t wait to see what they do next”.

Dyson started presenting at triple j in 2007, at 18 years old, cutting his teeth on Mid Dawns, then Weekend Breakfast before moving into the coveted triple j Breakfast spot, alongside then co-host Tom Ballard. He’s experienced every major adult milestone along with triple j listeners, from his 21st birthday party to his first share house, music festival and tax return.

For the past three years, Matt & Alex have been at the helm of triple j’s popular Like A Version segment, inviting artists like DMA’S, Violent Soho, Halsey, Emma Louise, Sarah Blasko and heaps more to cover some of their fave songs. They’ve also brought live music and artist interviews to you from countless live festival broadcasts. They’ve covered thousands of kilometers of the country, visiting Australian universities on the O-Mazing Race.

We’ve been treated to endless LOL worthy videos, including an homage to WA in a spoof of Lana Del Rey’s ‘West Coast’, an analysis of why ‘No-one Listens To Jeff Goldblum’ and racked up digits for charity single ‘Doin Numbers’. They’re responsible for bringing Darude’s ‘Sandstorm’ back into popular culture, as well as the creation of the hybrid tune-rag-legionnaire-hat to protect ya neck.

We got to know the boys’ dads, Ian Dyson and Mack Okine and heard heartfelt stories about their Mums. They’ve surprised the next generation of Unearthed High artists and Alex played us his own #PlaySchoolRemix. We were introduced to stacks of local and international comedians at their annual Good Az Friday shows. The boys got to meet heaps of their heroes, like Ice Cube, as well as local legends like Ruggsy. And who could forget the time Matt & Alex made enemies with Richard Wilkins or when Matt got burned by Chris Rock?

To top it all off, they released an ARIA nominated album, “Matt & Alex Play It Out”, and despite dressing up every year, somehow keep being invited back.

Join us live as Matt & Alex make their last public appearance at the coveted Matt and Alex Legend of the Year Awards, featuring the show’s best listener contributions of 2016, 8am Weds December 12 at the ABC in Ultimo, Sydney.