• Prominent Australians pledge support for the Uluru Statement from the Heart

marie claire’s February issue, now on sale, features a campaign to push for the constitutional recognition of Aboriginal and Torres Strait Islander people.

marie claire has invited prominent Australians to show their support for the movement including Jess Mauboy, Miranda Tapsell and Samantha Harris who grace the cover of the edition.

Julia Gillard, Jesinta and Lance Franklin, Peter Garrett, Nakkiah Lui and Benjamin Law are among the list of Australians to join them in showing support for this change. 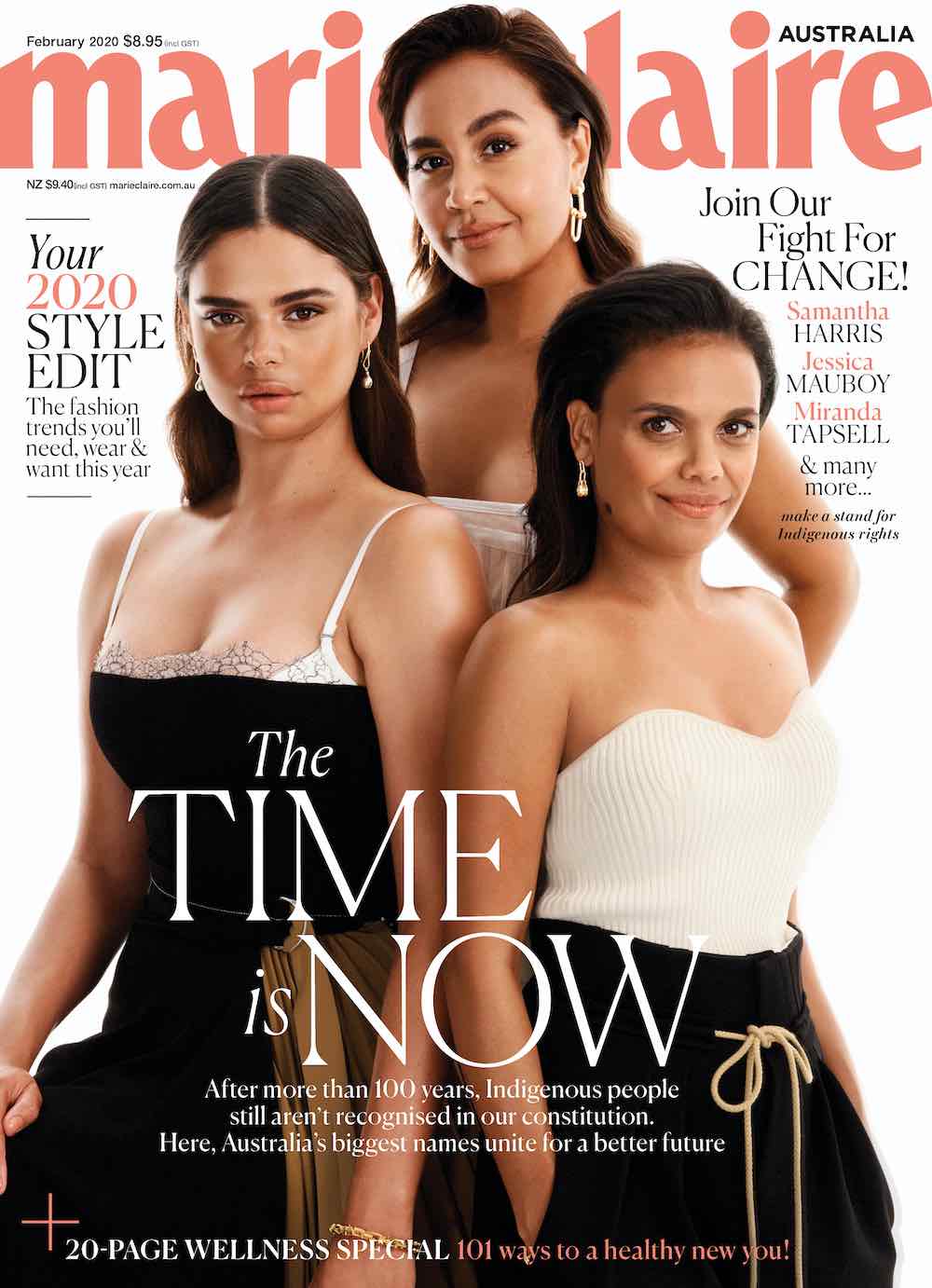 marie claire editor-in-chief Nicky Briger said: “While the US, Canada and New Zealand have all moved to recognise Aboriginal people in their respective constitutions, Australia has not. There still isn’t any reference to Aboriginal and Torres Strait Islander peoples in the nation’s founding document. The time for constitutional change is now and marie claire is determined to champion this cause with the support of major local and international brands.”