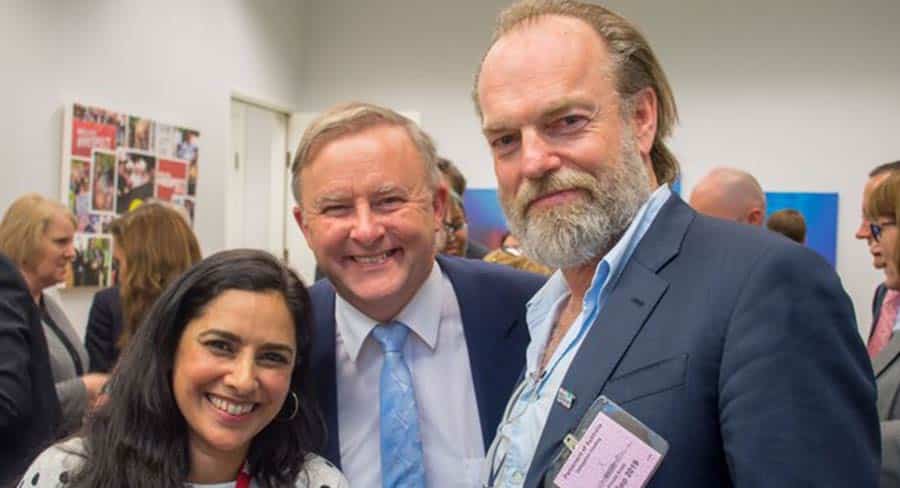 With a growing consensus that Australian content rules must keep up with the growing appetite for on-demand and streaming media, a star-studded delegation including actors Marta Dusseldorp, Hugo Weaving, Leah Vandenberg and Rhys Muldoon, director Gillian Armstrong, screenwriters Shane Brennan and Ellie Beaumont, cinematographer Andrew Conder, and producers Barbara Stephen and Kevin Whyte will meet with politicians from all parties to call for obligations to make original Australian stories for all media platforms.

They are part of the Make It Australian campaign backed by the Australian Directors’ Guild, Australian Writers’ Guild, Media, Entertainment & Arts Alliance and Screen Producers Australia.

During the two-day visit, the delegation will also argue for the retention of Australian and children’s content rules for commercial free-to-air and pay television, competitive incentives to support film and television production in a global market, and sustainable funding for public broadcasters and Screen Australia.

They will explain that Australia’s screen industry delivers enormous cultural and economic value to our nation, generating about $3 billion in economic activity each year and employing about 20,000 people, but this cannot be taken for granted.

This is particularly the case for rapidly changing viewing habits which have seen vast audiences migrate from traditional terrestrial television to digital services like Netflix, YouTube, Apple TV+, Amazon Prime and Stan. 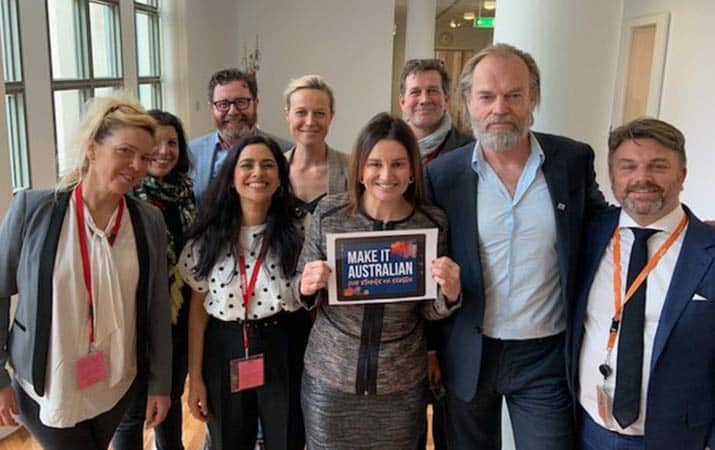 “In a time of great challenge and change, telling our own Australian stories to each other and the world has never been more important,” said Media, Entertainment & Arts Alliance chief executive Paul Murphy. “We will be urging federal politicians to not only keep in place Australian and children’s content rules for commercial television, but to extend them to the digital realm.”

“These rules ensure that a diverse array of Australian stories is shown on Australian screens, and without them we would be flooded with content that speaks with a British or American accent,” said Matthew Deaner, CEO of Screen Producers Australia. It is time that content regulation evolved to keep pace with changing audience and viewing habits so streaming services, ISPs and telcos also have obligations to invest in original local programming.”

Politicians will also be told how Australia’s screen industry is being held back by our tax system. The Make It Australian campaign has been calling for the producer offset for Australian TV, which is currently 20%, to be brought into line with the 40% offset for feature films.

“Australia is competing in the global market but we are held back by our tax system,” said Kingston Anderson, executive director of the Australian Directors’ Guild. “These uncompetitive tax incentives and rebates and uncertainty about top ups act as a hand brake on the Australian film and television sector’s future capacity to deliver quality content. Competitive tax offsets will increase production and support local jobs.”

The important role of public broadcasters and Screen Australia in the film and television ecosystem will also be raised with politicians.

Since 2014, almost $350m has been cut from the ABC. Over this same period, the ABC’s commissioning budgets for adult drama and children’s content each dropped by 20%.

“The ABC and SBS commission more local content than any other broadcaster, but they need to be properly funded,” said Jacqueline Elaine, executive director of the Australian Writers’ Guild. “It is time for our federal politicians to ensure funding of the ABC, SBS and Screen Australia is prioritised and returned to levels that enable them to adequately invest in the creation and development of Australian scripted and children’s content.”

While in Canberra, the Make It Australian delegation will meet with representatives of the Liberal, National, Labor, Green and Centre Alliance parties.