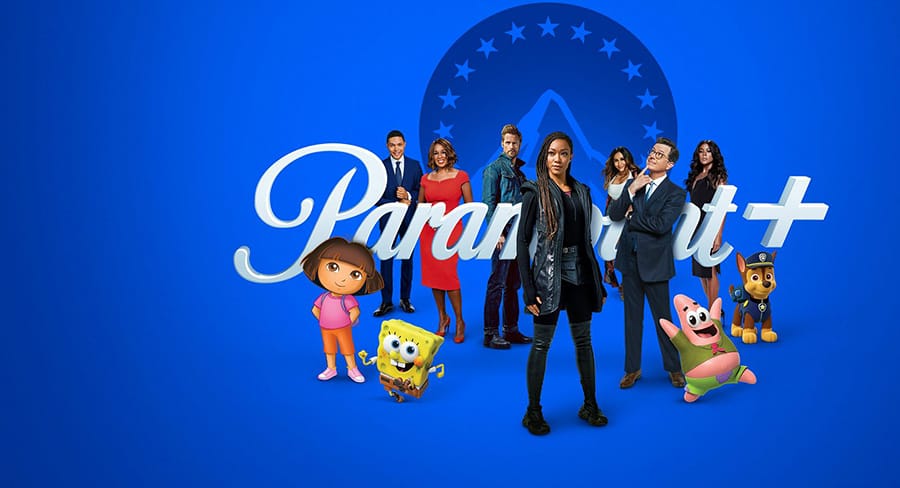 • These originals add to a content catalogue of more than 30,000 episodes and 2,500 movie titles.

New details about Paramount+ were unveiled during the ViacomCBS Streaming Event presentation, including an expansive slate of over 50 exclusive original series across scripted dramas, kids and family, reality, comedy, music, sports, news and documentaries that are set to premiere on the service in the next two years, including 36 arriving in 2021.

These originals add to a content catalogue of more than 30,000 episodes and 2,500 movie titles. In addition, pricing tiers, leading launch sponsors and international rollout plans were announced.

“In today’s entertainment landscape, ViacomCBS stands apart as the only media company to fully embrace every segment of the streaming universe across free, premium and pay,” said Bob Bakish, President and chief executive officer, ViacomCBS. “The launch of Paramount+ supercharges our strategy with a broad pay service that will be home to everything consumers love, all in one place: live sports, breaking news and a mountain of entertainment, at scale. As we look ahead, ViacomCBS is ideally positioned to harness the full power of our assets and capabilities – from our world-class production studios and the value of our massive content library, to our global marketing platform and local relationships – to seize the global opportunity in streaming.”

Tom Ryan, president and chief executive officer, ViacomCBS Streaming, said, “Built from an iconic portfolio of beloved consumer brands and iconic franchises like SpongeBob and Star Trek, Paramount+ is a compelling and differentiated streaming offering for all audiences. In combination with Pluto TV and Showtime, the service will further strengthen our robust linked streaming ecosystem, giving us a critical competitive advantage as we pursue our goal of reaching consumers across every platform, at every price point, with creativity, content and experiences that are second to none.”

Paramount+ will debut internationally in 18 Latin American countries and Canada on March 4, 2021, the Nordics on March 25, 2021 and Australia with a rebrand and expansion of 10 All Access later this year, with additional markets to follow.

The premium tier, at $9.99 USD, will be available with the full depth of live sports, around-the-clock news programming and entertainment spanning Paramount+ originals to a suite of current and library shows and movies. The offering will include CBS’ live linear feed and commercial-free on demand viewing, with 4k, HDR and Dolby Vision, mobile downloads and cross-platform dynamic play functionality.

An ad-supported tier will launch in June for $4.99 and offer sports, news and entertainment. At that time, the current $5.99 plan will no longer be available for new users, but existing users will maintain grandfathered access. The ad-supported tier will feature Paramount+ originals, sports content including live championship-level soccer and live NFL games, breaking news through CBSN and an extraordinary collection of content, including the full suite of current and library CBS shows available on demand.

Both Paramount+ tiers will feature enhanced curation and discovery, personalized homepages, content categories and central hubs for ViacomCBS’ brands. Additionally, each subscription option will include parental control capabilities and up to six individual profiles.

Select upcoming films from Paramount Pictures will have their streaming debut on Paramount+ immediately following a theatrical release window of 30-45 days, including: A Quiet Place Part II, PAW PATROL: The Movie and Mission: Impossible 7.

Other key titles arriving on Paramount+ in 2022 following their theatrical runs, and in some cases after their pay-TV debuts on EPIX, include Snake Eyes, Clifford the Big Red Dog, Top Gun: Maverick, Sonic the Hedgehog 2, Transformers 7, Dungeons and Dragons, Scream and more. Paramount Pictures’ recent titles will be available as well, from Dora and the Lost City of Gold and Sonic the Hedgehog to Bumblebee and Rocketman, all coming to Paramount+. These films will join the previously announced The SpongeBob SquarePants Movie: Sponge on the Run, which will be available on Paramount+ at launch.

Paramount Pictures announced an agreement with EPIX to make thousands of movie titles from a wide variety of studios available to Paramount+ subscribers. Beginning late spring, the service will stream some of its most popular films including films from the James Bond and Hunger Games franchises to features like The Addams Family and The Avengers, among many others in a deal that will grow the service’s film library to over 2,500 titles.

Following a theatrical release by MGM and an exclusive pay television window with EPIX, MGM’s new movies will become available on Paramount+, including House of Gucci, Creed III and the highly anticipated new James Bond film, No Time to Die.

The company also outlined plans to ramp up production of movies made exclusively for Paramount+. The first of these feature-length films offered will include new versions of Paranormal Activity and Pet Sematary as well as an original supernatural story, The In Between, featuring Joey King, the star of the smash hit, The Kissing Booth. These titles produced by Paramount Players will join a collection of exclusive original movie premieres supplied by the broader portfolio of ViacomCBS studios.

The virtual presentation previewed an extensive new slate of original content for Paramount+, ranging from dramas and unscripted series to franchise expansions and animated titles.

Behind the Music
From Cradle to Stage
Unplugged
Yo! MTV Raps

CBS All Access Originals to Continue as Paramount+ Originals

At launch, Paramount+ will be available online at ParamountPlus.com, via the Paramount+ app for iOS and Android, and across a wide number of platforms, including smart TVs, connected-TV devices, online, mobile, gaming consoles, and leading OTT providers.