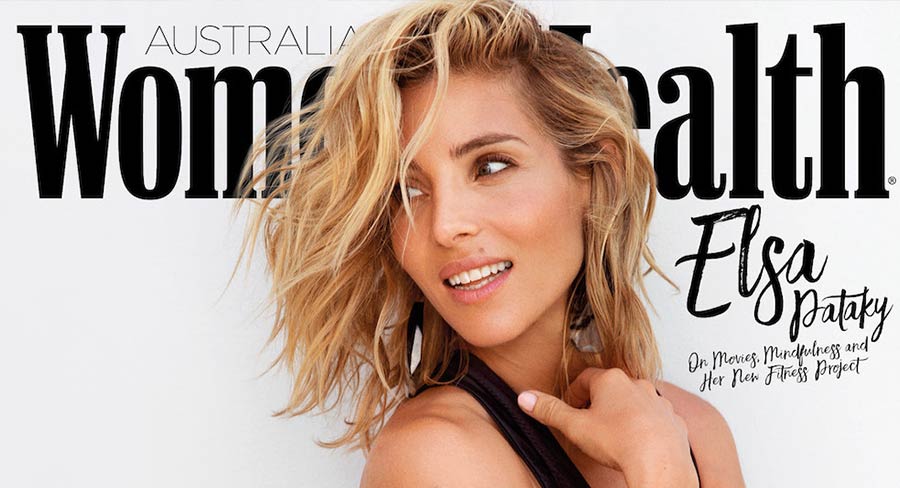 The editor of one of Pacific’s two fitness magazines Scott Henderson was only appointed to the role last November. Yet he is really making a mark with the first issue under his watch, which is on newsstands today.

Just as he settled into the editor’s chair at Men’s Health, Henderson was talking to Women’s Health editor Jacqui Mooney who revealed she had managed to get an interview and photo shoot with actor Elsa Pataky.

“I casually mentioned if there might be a chance we could shoot her husband Chris Hemsworth while they were doing their session with Elsa,” Henderson told Mediaweek.

“We subsequently asked the question and the answer came back – yes. Our timing coincided with the release of Chris’ app Centr. We then took the idea to the international network for both magazines, suggesting it could be great to get the husband and wife on newsstands at the same around the world.” Henderson was keen to stress the initiative was driven by Mooney after they seeded the idea together.

The international editions were enthusiastic about the idea and this month the covers are featured across 23 global markets.

Those wonderful covers on both March issues should shift extra copies of the magazine. The respective photo shoots – done a day apart – were integral to the success of the editorial. And what a great set of shots both magazines seem to have. “We did the photos in the last week of November. We flew up to Byron Bay and did the shoot in a rented house overlooking the hinterland.

“We were able to get Chris for half a day. He was incredible to work with and didn’t travel with an entourage.”

Henderson said they managed to get him during a brief visit home from shooting a special for Netflix in Thailand. Much of the rest of his visit was spent filming content for the new app.

Looking at the “King Chris” Men’s Health newsstand cover you could be forgiven for thinking it was photoshopped, so good does Hemsworth and his biceps look.

“When he arrived I was initially concerned because he looked too much like a regular guy. I even wondered if he was going through a skinny phase for a specific role.

“As the shoot went on he grew and became the Chris Hemsworth we know from his movies. His team had asked us prior not to do any shirtless shots. But after we’d been working for a while, he suggested some shirtless shots. We readily agreed. He knows his body and how to work it as his chest and abs pumped up.” Both magazines have separate covers for subscribers and newsstand this month.

“The cover was the hardest thing to settle on because we had so many options. There were so many images we fell in love with that it seemed a waste not to use them.

“I said to Chris Hemsworth on the day of the shoot: ‘If the worst comes to the worst we have 12 covers now for the next year. He is the most photogenic person you will ever meet.”

Men’s Health also shot behind the scenes video of Hemsworth on the day of the photo shoot. There are no pieces to camera, but some stories Hemsworth shared on the day, including one about how his daughter designed one of his tattoos. People buying either magazine will also find other content this month!

“We collected the thoughts of fitness experts in what is ahead this year in terms of training, mental health, nutrition etc. It could perhaps become an annual thing because it is quite exciting to see where the trends are going,” said Henderson.

As the former digital editor of Men’s Health, Henderson said he was striving to bring together the brand’s pillars.

“We want to bridge the gap between digital and print. It’s something Women’s Health has been doing really well for the past 18 months. It is building communities around our brand and integrating all our platforms including events.”

Henderson said Seven being in the same building as Pacific now is helping with marketing plans as the magazine will be more visible on 7mate and 7Sport in the future.