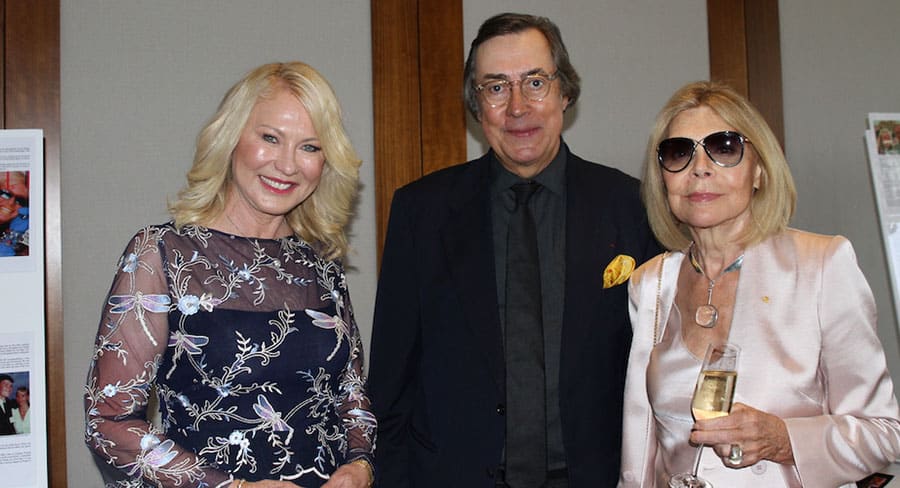 • Didier Guerin on how Rupert Murdoch got into magazine business

The former CEO of Conde Nast in the Asia Pacific, Didier Guérin, last week launched his autobiography From Front Row To Front Cover. Guérin is also a former CEO of Hachette-Filipacchi Asia-Pacific and also executive VP on the French publishing house based in New York.

For the past 20 years, Guérin has run his own Sydney-based consultancy, Media Convergence Asia Pacific.

The book was launched at the Royal Sydney Golf Club at an event hosted by Kerri-Anne Kennerley.

Kennerley conducted a one-on-one at the launch and heard how Guérin has launched some 40 magazines and websites in his career.

When Hachette-Filipacchi sent Guérin to New York, he revealed how he managed to licence Elle magazine to Rupert Murdoch via a JV agreement.

“It was almost an accident,” said Guérin. “The French company I was working for had been publishing Elle the fashion magazine on a weekly basis since 1945.

“We needed to find a good strong publishing partner to launch the magazine. I went to knock on the door of the 10 largest American media companies. They all turned me down. ‘It will never work here. The market is already saturated with fashion magazines,’ they all said. We were started to be a bit desperate when the person who is sitting in the front row right here today – please meet my wife Magie Moray-Guérin – said: ‘Why don’t you go and talk to Rupert Murdoch?’

“We organised a meeting with Rupert Murdoch in New York. My chairman and my CEO flew on the Concorde from Paris to come and meet Rupert. We were on the 17th floor of the New York Post building. Rupert asked a series of very sharp questions and after 45 minutes, he puts his hand together and said: ‘Let’s put the lawyers together, we’ll do it.’ That’s all it took. I will never forget that meeting.”

Guérin said the US edition of Elle was an instant success selling 400,000 copies monthly within 12 months. The title soon broke even and managed to pay back the US$6m each partner invested.

The title later launched in Australia, but with Kerry Packer, not News Corp.

Guérin later revealed how he came to join Condé Nast in the 1990s after a phone call and then a meeting with chairman Johnathan Newhouse. Guérin’s starting salary – US$500,000.

Purchase the book from Amazon here.