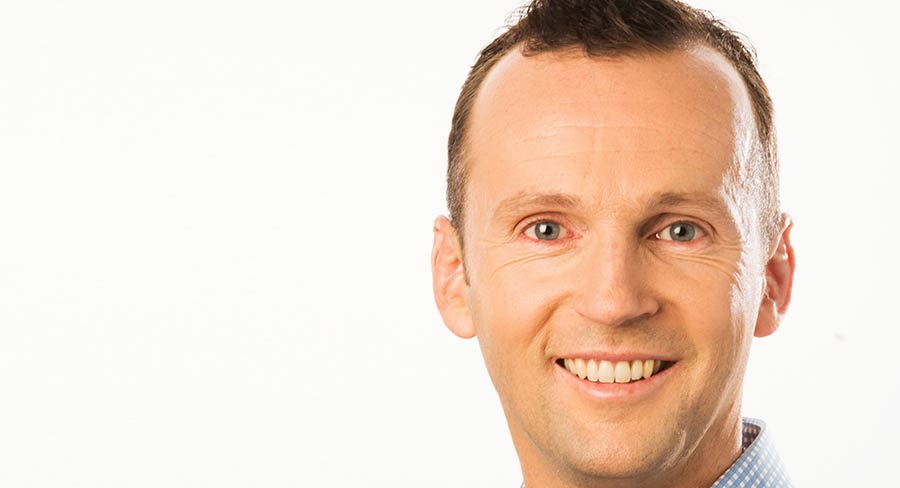 “Radio as a medium is doing good things and the market is up and we are getting our fair share of that.”

He has been with Nova Entertainment since May 2004, joining initially as agency client executive and then agency team manager in Sydney. In January 2010 he moved to Brisbane as sales director for Nova 106.9, before returning to Sydney to lead the Nova and Sydney teams in May 2013. He was recently promoted to his current role of Sydney commercial director and market lead.

Peter Charlton, Nova Entertainment’s chief commercial officer, told Mediaweek: “Luke brings a huge amount of commercial and senior executive experience to the role. He is well-known in the market, hugely popular internally at Nova Entertainment and is an accomplished generalist in business. Luke is strategic, empathetic and has a unique quiet confidence for a sales person. The business will be even better with him in the job.”

Minto had been working in Sydney in a general manager role and he told Mediaweek that also included some commercial responsibilities. “I was looking after our tier two agencies, or independent agencies as they are also referred to. This new role also gives me responsibility across major agencies as well, working closely with Rob Sloan, our Sydney agency sales director.”

Minto said Nova’s brands have enjoyed a good year. “Radio as a medium is doing good things and the market is up and we are getting our fair share of that. It remains a trusted medium for clients. Ahead for us is the peak part of the year and there is lots of activity pending.”

Nova Entertainment’s sales team in Sydney numbers around 14 in total. “Comparatively we probably are leaner than our competitors,” Minto admitted.

“Our point of difference is the strength of our ideas and the execution and it’s what we have become famous for.”

Minto noted in many markets Nova is either #1 or #2 in terms of revenue. “Sydney has been a consistently strong performer for us in terms of [revenue] share and we had been #1 for a few years.” Despite underperforming in the Sydney market at 2Day, the dollars SCA writes nationally out of Sydney see it sitting at #1, with Nova #2.

When Nova Entertainment first announced the fifth annual smooth Festival of Chocolate would be moving from its traditional home at The Rocks to Sydney’s Olympic Park, more than a few people scratched their head wondering why. Minto, who helped launch the concept and who guides the event each year, admitted Nova Entertainment is treating it as almost a brand new event this year.

“It has had great years in The Rocks. But it became so popular you literally couldn’t move amongst the crowds and it became a bad brand experience because of that.

“It did the job as a smoothfm brand experience when it launched five years ago, building awareness.

“However, the opportunity to move it to what is the epicentre of Sydney was right on so many levels. We are moving to a purpose-built event space in what is the heartland for radio audiences.”

The Festival this year boasts a family-friendly entertainment lineup across the two days and open areas where people will have time to relax, be entertained and, well, eat chocolate! Nova Entertainment’s Peter Clay (left) with Luke Minto and Ben Latimer last year“It is a big change though. The feedback so far has been good and ticket sales are strong.” The event previously was free at its harbour-side home.

The broadcaster will be able to track its audience from data collected via the ticket sales.

Room to spread out – the 2018 event will cover a space four times the size of the area it had at The Rocks. “There were quite a few restrictions around The Rocks when it came to what we could and couldn’t do,” said Minto. It was also a challenge every year for the road closures needed in The Rocks to manage the crowds.

Most of the previous partners have returned this year while new partners include Coke and Tourism Macau. Charlie And The Chocolate Factory will be involved ahead of the live production that will tour Australia next year.

“The Sydney Olympic Park authority has been extremely supportive,” said Minto. “There are 23,000 people that either live or work in the Park. The total numbers may be down a little on The Rocks, but we are about setting this up for a stronger future.”

The Sydney Showground venue is thrilled with its new tenant, with expectations it will almost be a mini Easter Show across the weekend. The venue is proving popular to broadcasters. SCA’s Hit Network will be using it as one of its venues on the RNB Fridays Live tour in November.