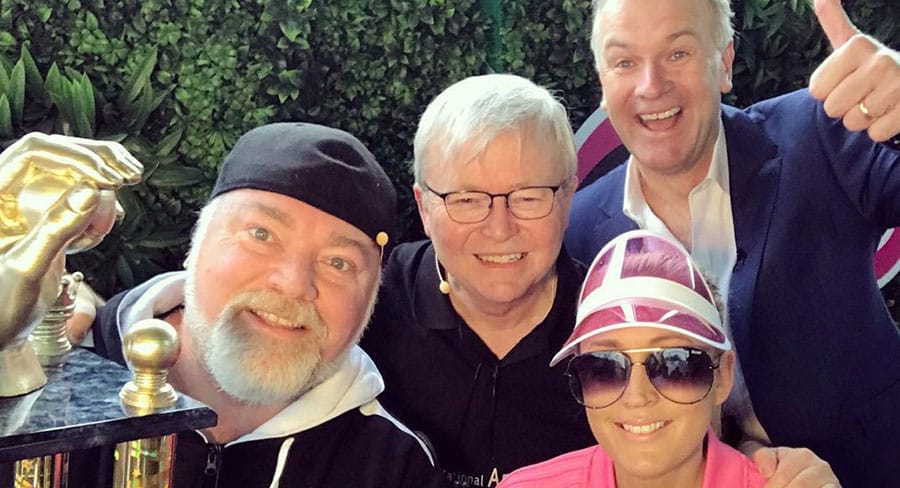 It seemed like a happy media cross promotion. The Kyle and Jackie O Show was holding a handball tournament on Friday with Kyle Sandilands taking on former PM Kevin Rudd.

Seven’s Sunrise heard about the event and approached KIIS FM to cover it live during their program last Friday. Seven sent out its travelling weather presenter Sam Mac and Seven sports presenter Jim Wilson to be on hand during the live crosses.

Sandilands later found out that the Sunrise hosts mocked the KIIS event, telling viewers they were over it. “I’d rather watch grass grow,” joked David Koch after one cross.

Part of an on-air spray from Sandilands included:

“They’re banned for life. Don’t beg to come and cover something and then s**t-can it, you pieces of s**t … You couple of old pieces of s**t,” he said.

Photo: Kyle and Jackie O with with K-Rudd and Jim Wilson before the s**t hit the fan