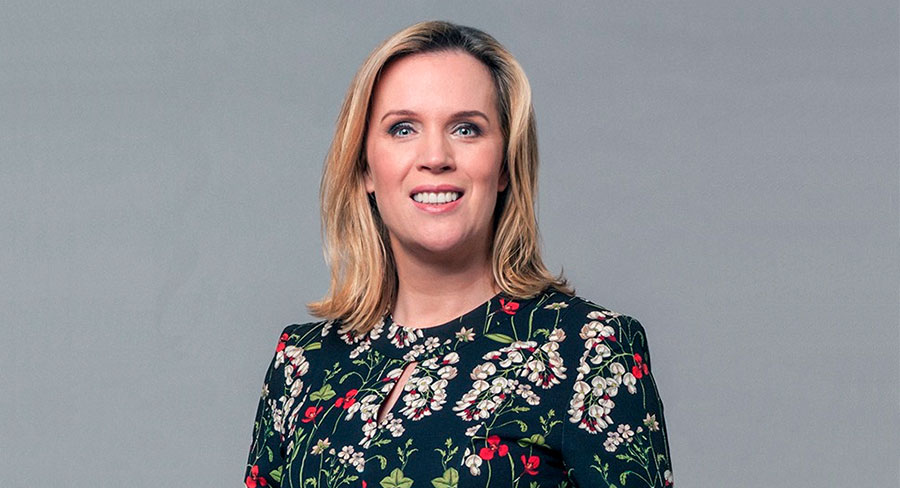 The GM of the brand for Australia discusses Selling Houses and plan for another flagship brand.

In two weeks Foxtel will know whether it has won its first-ever TV Week Gold Logie. Andrew Winter, the host of Lifestyle’s Selling Houses Australia, has won a truckload of ASTRA Awards in the past, but his nomination for the TV Week Gold Logie is the first time anyone from a Foxtel program has made that list.

Foxtel is about to launch a multichannel campaign to encourage viewers to vote for Winter when voting opens again on June 25.

“Selling Houses Australia ratings are up 10% on series 10 and it is Lifestyle’s highest-rating series ever,” Hannah Barnes, general manager of the Lifestyle group, told Mediaweek.

The program keeps good company. “The only series to have ever outperformed Selling Houses Australia on Foxtel is Game Of Thrones,” Barnes added. The strength of Selling Houses Australia has also helped lift numbers right across the channel.

The Lifestyle channel is up from a 1.8% share to 2.2% so far this year. “We are the number two channel on STV and the combined Lifestyle group share is 6.9%.”

The Lifestyle channel is careful not to overcook the series and carefully manages the number of episodes on the schedule.

“There is one series a year and three years ago we increased production from 10 episodes a season to 13. We are still seeing audience growth with no audience fatigue at all. For a series that is celebrating 10 years, that is pretty astounding.”

Barnes did admit she wouldn’t mind a few more episodes every year!

“We are careful we don’t screen too many repeat episodes. We rest it before a new series launches to make sure it is not in the schedule too much.”

Audiences do like the repeat screenings though. A repeat last week was the highest-rating non-sports program on the platform. Barnes: “Audiences love the camaraderie between the team – Andrew, Charlie Albone and Shaynna Blaze – and the stories about people wanting to sell their properties remains as relevant as ever. Maybe more so.”

Lifestyle has been helping the brand by taking it on the road to meet the viewing audience. “People can go and meet Andrew, Charlie and Shaynna and talk to them and ask them questions,” said Barnes.

While Andrew Winter and Shaynna Blaze have other TV projects, Barnes said when Selling Houses is not in production, Albone focuses on his business. The award-winning gardener has an office in Woollahra in Sydney called Inspired Exteriors.

Lifestyle has been the home to the top four non-sport Australian programs on the platform this year – Selling Houses, Great Australian Bake Off, Gogglebox and Grand Designs Australia. Barnes said all series have increased their audiences year-on-year.

“It proves that Foxtel audiences love Lifestyle content. Love It Or List It was our highest-rating new show last year (and had the biggest-ever series launch audience for Lifestyle) and we have high expectations about the new series this year. I have seen three episodes and they all look fantastic.” That show too is hosted by the Gold Logie nominee, alongside The Block’s Neale Whitaker. Coming to the channel are a number of international acquisitions. One of those is the three-part British series Inside IKEA. Another is a new series of Amazing Hotels: Life Beyond The Lobby. There will be more World’s Most Extraordinary Homes and more UK series of Grand Designs, The Great British Bake Off and Escape To The Chateau.

Barnes: “New local series still to come this year are more Gogglebox and season two of Love It To List It and a number of specials.

“Lifestyle will also be on the road with Love It Or List It – taking Neil and Andrew to the show’s audience. We are also planning some bigger Lifestyle events as well.”

Earlier this year Lifestyle hired Tiffany Dunk for its website and the platform is commissioning more video and editorial content than ever before.

Barnes would like to have another Lifestyle flagship series, given the success the brand has with all its others. “We do have room in the future for something new to add to the portfolio.” Barnes said she has identified what they might be. “But I can’t talk about it to you,” she laughed.

• Series 11 cume was 658,247, making it the highest ever local and second highest show on Foxtel, only behind Game of Thrones.