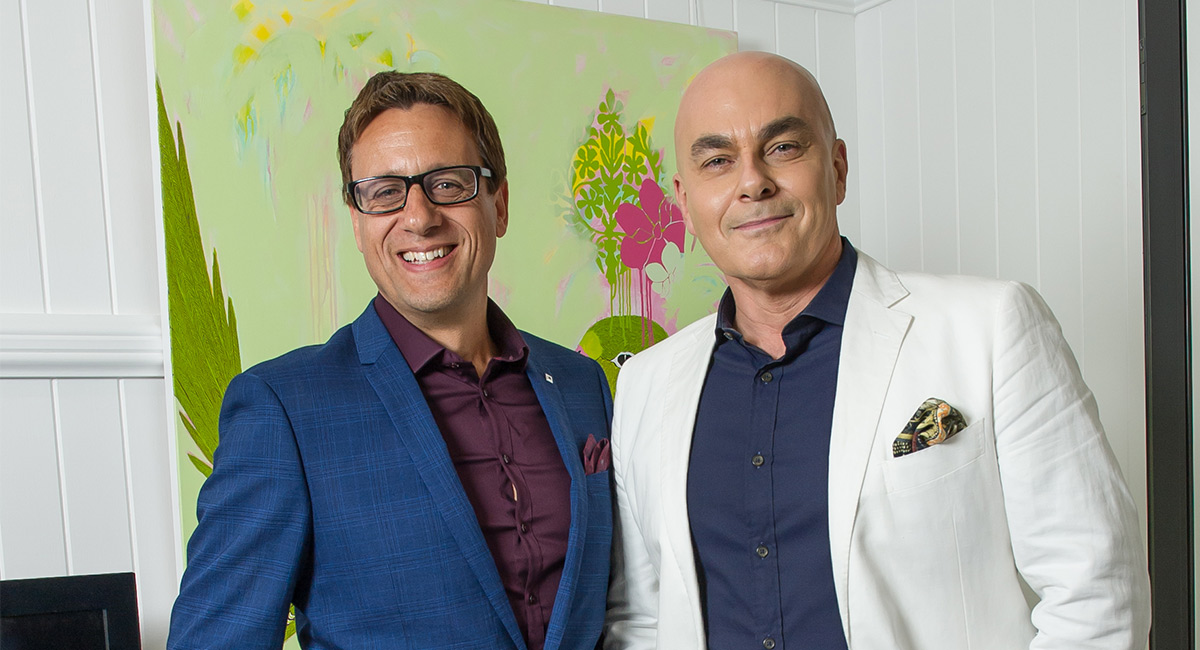 What does Andrew Winter do when he has a rare day off from his schedules for Selling Houses Australia or the new Love It Or List It?

He steps away from the real estate market and, on the day we tracked him down, he was becoming a consumer…looking for a new car. He was up early visiting dealers, going for test drives, leaving no stone unturned in the search for the perfect vehicle.

Winter told Mediaweek he utilises his real estate sales tactics inside the showroom. “I lure them. When they tell me what the new car price is I don’t bat an eyelid. It’s when it comes to trade-in time, then things change a little.” [Chuckles]

In the new Australian version of Love It Or List It, Winter stars alongside Neale Whitaker as the real estate and design gurus take on opposing sides. Winter heads team List It, trying to convince owners that selling their property and moving is their best option. Whitaker heads team Love It, encouraging the home owners to stay put and renovate.

It turns out that Winter was an instigator in helping persuading Foxtel to try the format in this market.

“I was sitting at home watching my Foxtel enjoying Love It Or List It UK, the version hosted by Kirstie and Phil. As I watched I said to myself, there is one show I would love to do.

“I sent off an email asking, if there was ever an Australian version, please let me work on it. Begging was involved…”

Winter noted he does send many emails to Foxtel and they are usually ignored. But not this time.

“This time I had a response within a week, starting with, ‘Funny you should say that, Andrew…’”

With one host sorted, Winter explained they tried out many potential co-hosts. “We screen-tested some great people and someone suggested right near the end that they would like to see if Neale Whitaker was available. We subsequently did a screen test and we just hit it off.”

The most special part of their partnership? “He just lets me be rude to him.”

Winter added that Whitaker gives as good as he gets in the program. “This upstanding judge from The Block is quite sharp with the wit too.

“We had terrific fun working on Love It Or List It.”

All filming has finished on the first season with production lasting close to seven months earlier this year. They worked quickly to finish the 10 episodes, which featured the home owners using their own money to undertake some major renovations. “This was not just a quick spray paint and some new lampshades – this was full on,” said Winter.

Winter gets serious when he explains that of the 10 families involved, over half were sincere in that they called it a “life-changing” experience. “What we did with them really had an impact, more so than we ever expected.

“The beauty of the show is that it is all real. We didn’t have to build any hype or create any drama. We didn’t even have to fake any rivalry between Neale and me. I am not the sportiest chap in the world, and neither is Neale. But when we were each on one side we couldn’t help but get attached to our teams.

“What I love about the show is that all the people who have contributed have walked away thinking it was a positive experience.”

Trying to juggle the workloads of both hosts was a challenge as they are both key elements of the hottest shows on their respective networks – Winter on Lifestyle channel’s Selling Houses Australia and Whitaker on The Block. “It wasn’t easy. On Selling Houses Australia there is so much travel and a lot of the homes these days are not terribly close to the nearest airport.”

Winter noted that in the UK version the team that has to list their property almost never wins. “The question is will that be something that is repeated in the Australian episodes?” It wasn’t a question Winter was about to answer though.

“For the whole season, will I be a total loser? The pressure is on.”

You will have to wait and see, he told Mediaweek.