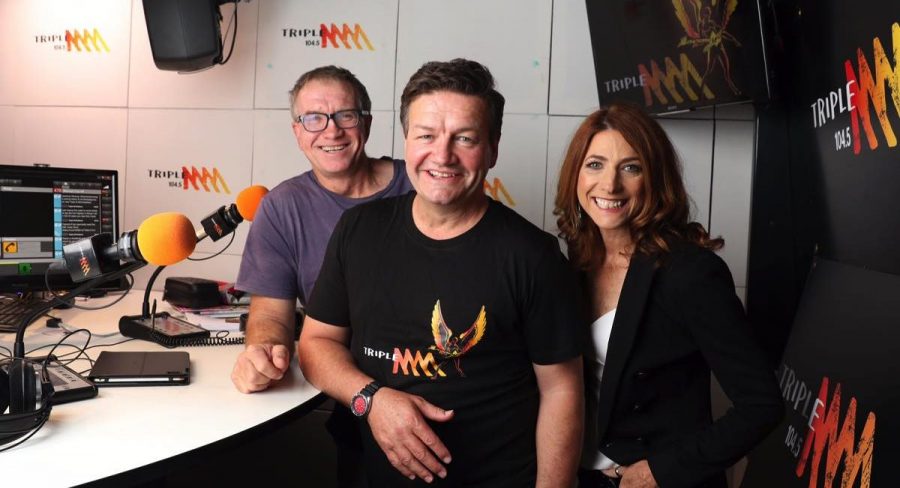 Comedian Lawrence “The Moonman” Mooney will be joining Greg “Marto” Martin and Robin Bailey on Triple M Brisbane’s breakfast show in 2018. He replaces Ed Kavalee, who will be leaving the show next year. He will be moving back to Melbourne to spend more time with his new baby boy Arnold Martin Kavalee and wife Tiffany Hall. Kavalee has been hosting breakfast at Triple M Brisbane since 2014.

The show will be renamed to Triple M Big Breakfast 104.5FM next year.

Triple M listeners know Mooney from his appearances on Merrick & Australia and The Triple M Cricket Commentary Team. He has been a regular contributor to Triple M Brisbane breakfast, calling in as “Big Mal”. Mooney most recently filled in for Kavalee while he was on paternity leave.

Mooney has also been a regular at the Brisbane Comedy Festival and will again have his own show in 2018.

“I’m really looking forward to The Triple M Big Breakfast with Marto and Robin in 2018. Having filled in for Ed with the guys, and having played Rich Uncle Mal over the past three years, I have a great rapport with them and the whole team.  The show is fun to do and I think that translates to our listeners who feel free to jump in and get involved,” said Mooney.

“There is however, a little trepidation because Ed is leaving some big shoes to fill, not because he’s talented, just because he’s got massive shoes.”

Triple M Brisbane’s content director David Rymer said, “Marto and Robin are everything Brisbane. They’re not afraid to speak their mind and love a great laugh with the people of Brisbane each and every morning. The addition of The Moonman will bring a brilliant injection of dry, quick comedy to the show – it’s the stuff we are famous for and it’s why our listeners tune in.”

Kavalee will continue with Southern Cross Austereo as well as his raft of media commitments including Ten’s Have You Been Paying Attention?

The announcement of Kavalee’s departure and Mooney’s addition to the breakfast show was made live in-studio this morning.

Triple M Brisbane is also home to the city’s only local FM drive show in The Luke Bradnam Show with Libby Trickett & Dobbo, and in 2018, comedy legends Mick Molloy and Jane Kennedy under the title of Kennedy Molloy will complete the day for listeners.