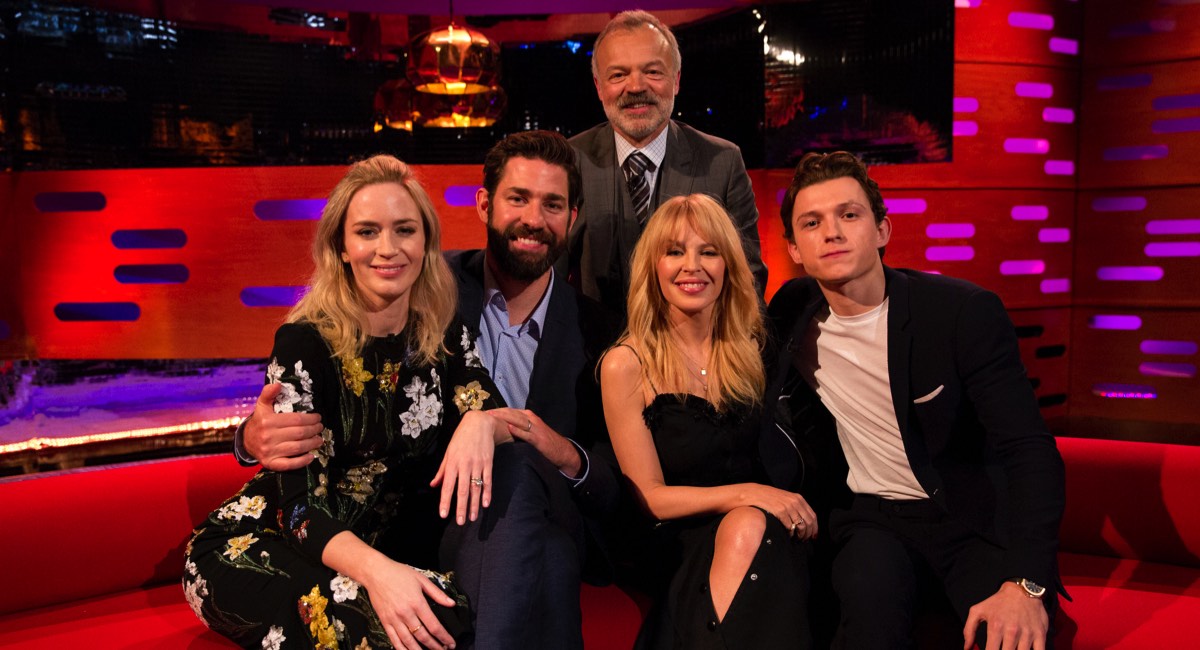 Other guests on tonight’s episode include Tom Holland, Emily Blunt and John Krasinski.

New episodes of The Graham Norton Show returned to BBC One at the end of last week and Network Ten is screening the first one in primetime tonight at 8.30pm.

The special reason to watch is because one of Graham Norton‘s guests is Kylie Minogue.

The ARIA Hall of Fame member and 16-time ARIA Award winner talks to the British talk show king about her new album “Golden”, as well as opening up about her heartbreak, personal growth and the journey to Nashville to write and record her album.

At the end of the program, Kylie performs “Stop Me From Falling” from the new album.