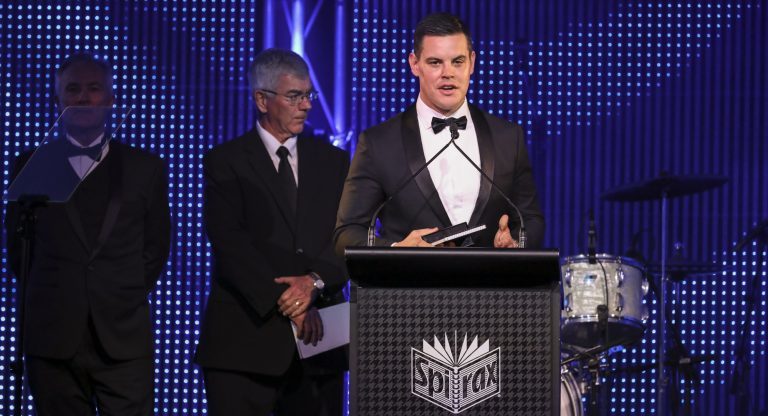 Nine News reporter Chris O’Keefe has been crowned the 2017 Coca-Cola Journalist of the Year at the 6th Annual NRMA Kennedy Awards for Excellence in Journalism.

O’Keefe’s raft of stories that clinched the coveted Gold Spirax trophy included the story also judged Scoop of the Year – his exclusive revelation of how gross negligence at Bankstown Hospital led to the death of a newborn baby and left another infant suffering severe brain damage after a nitrous oxide gas mix-up.

O’Keefe, who also took out the Harry Potter Award for Outstanding Television News Reporting, Scoop of the Year and Outstanding Political Journalism awards, is the first commercial television journalist to win the $25,000 Coca-Cola Journalist of the Year Award, the richest in Australian media.

His catalogue of work was judged ahead of previous Kennedy journalists of the year – two-time winner Adele Ferguson of Fairfax and the ABC’s Caro Meldrum-Hanna.

Ita Buttrose was presented with the 2017 Kennedy Award for Outstanding Lifetime Achievement.