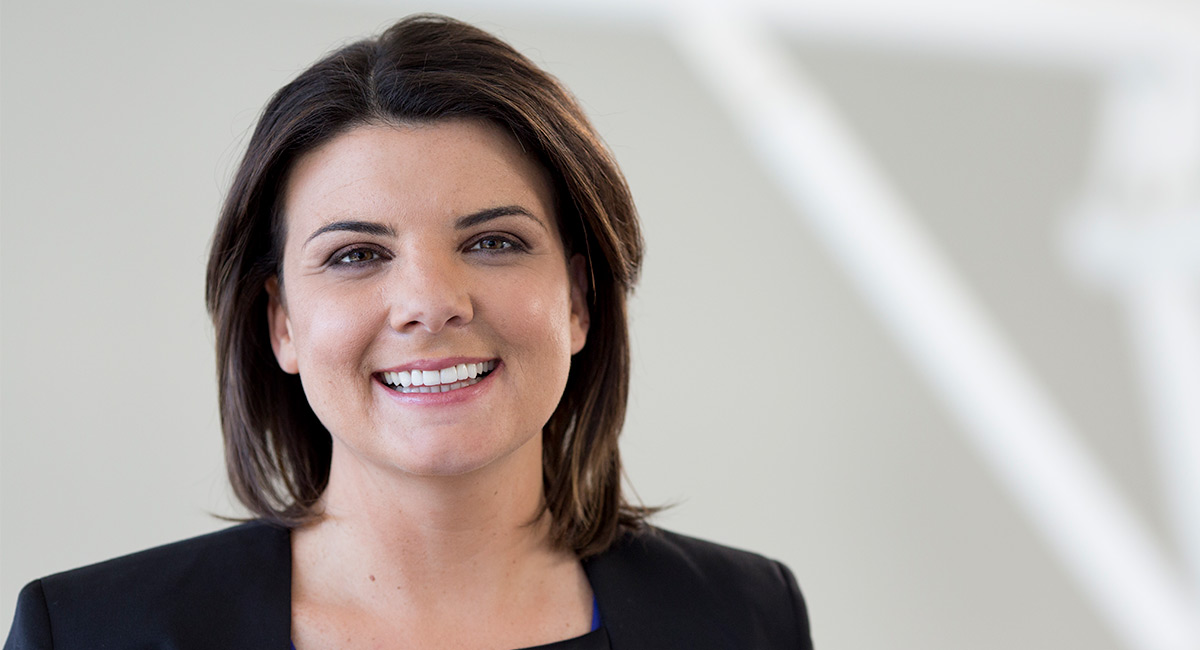 Sports broadcaster Kelli Underwood says she was hoping to start off the year “nice and easy”. But it has been anything but that.

“My phone has been going bananas,” Underwood told Mediaweek during a recent conversation. “I called the tennis every day when the Australian Open was on [for Tennis Australia’s world feed]. Then I went straight into AFLW. I called three games over the weekend. Then I came up to Sydney last week for the Australian Sports Commission Awards.”

Underwood was honoured with an award for Best Coverage Of Sport By An Individual (broadcast media) at the event.

To cap off what’s already been a frantic year for the experienced presenter, Underwood was this month announced as the host of ABC’s Sunday morning sports program Offsiders. She is the third presenter of the program in its 13-year history following founding presenter Barrie Cassidy and sportscaster Gerard Whateley. The latter resigned from his hosting duties on the Offsiders at the end of last year for a new role with SEN.

“Rumour has it that Barrie started the program, because he just didn’t want to talk politics on a Sunday morning. He also wanted to talk about his two great loves, which are horse racing and Collingwood. If that was what I was expected to talk about, I would be in a bit of trouble,” Underwood said. [Laughs]

She isn’t a stranger to the format – she has been a panellist on the show for the past five years and previously filled in for Whateley as host. “Never ever once did I entertain the thought that I would be hosting the show because I never anticipated that the day would come,” she said. “I was a bit taken aback when the call came to me. I have big shoes to fill.”

Apart from her duties on Offsiders, Underwood has been a part of ABC Grandstand’s AFL commentary team for a decade and is also the co-host of Fox Sports’ The Back Page with Tony Squires.

“I fly up to Sydney once a week to get together with The Back Page guys. It feels like you are hanging out with five or six older brothers almost. It is a lot more light-hearted [than Offsiders].”

She said she’d be forever grateful to the ABC for giving her the chance to call her first AFL game. She is the first woman to call AFL football on television and radio.

“It was a big deal to throw a woman in the deep end at the time,” Underwood said. “It was overwhelming the first time I did it. I knew it was something that would polarise fans, supporters and the footy community. But I don’t regret it. It has opened doors.”

The success of AFLW has changed everything about women and their involvement in sport in whatever capacity that may be, Underwood said.

“Trying to get your foot in the door years ago was really, really difficult. As a woman you could not afford to make mistakes. You were treated and judged differently. Twelve months ago when I went to the launch of AFLW, there were some of the most powerful men in AFL and media attending. I was taken aback, because it felt like it was the first time that women had been taken seriously. The flow-on effect is that they have been taken seriously in TV and radio in the last 12 months.

“Women are no longer there because of what they look like, but more because they know what they are talking about.”

Talking about her schedule this year, Underwood said: “I caught my first flight of the year a couple of weeks ago and I was sitting waiting to board. I worked out that I would be taking more than 100 flights this year.”

Being an ABC and Fox Sports journalist, commentator and presenter covers many sports as part of her job, including AFL, netball and tennis. Asked what her favourite sport to watch is, Underwood said: “The AFLW and AFL make up about 75% of my work. So it is a favourite.

“I grew up in Adelaide in a sport-mad family. Our family get-togethers revolved around footy. So that’s in my blood to some extent. I used to watch as a kid. My dad read the paper from the back.”

Underwood’s second favourite sport is tennis. She has been at the Australian Open for the last 15 years and has even called some matches for the BBC.