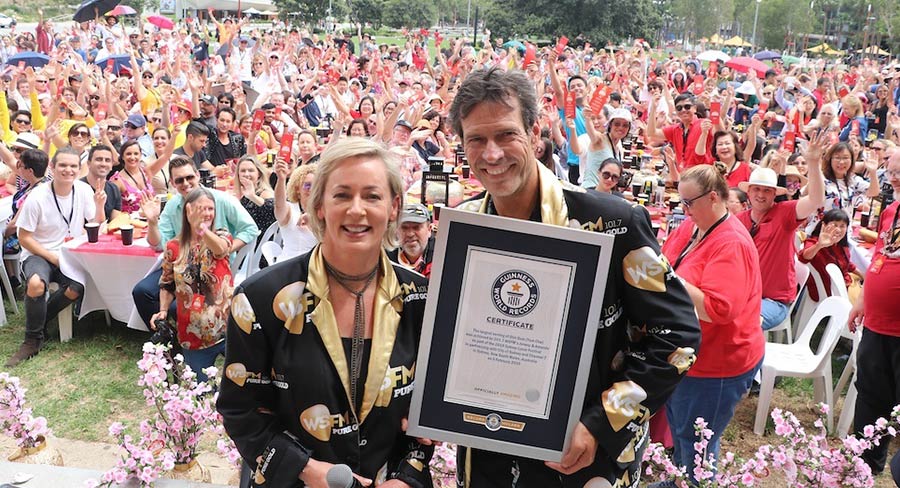 To celebrate the Year of the Pig, Jonesy & Amanda partnered with the City of Sydney and Channel 7’s My Kitchen Rules and hundreds of WSFM listeners to attempt to break the record on Tuesday, February 5 at Darling Harbour. Ahead of the Guinness World Records attempt Amanda Keller said: “This is going to be one of the tastiest challenges we’ve ever done. I can’t wait to tuck into some delicious yum cha with hundreds of our listeners to celebrate the Sydney Lunar Festival.”

“Growing up, I was always told ‘there was no such thing as a free lunch’ and what better way to prove those naysayers wrong than with a world record free lunch. The more the merrier!” Brendan Jones added.

The Sydney Lunar Festival runs from 1 to 10 February.

For more details on the program go to sydneylunarfestival.com