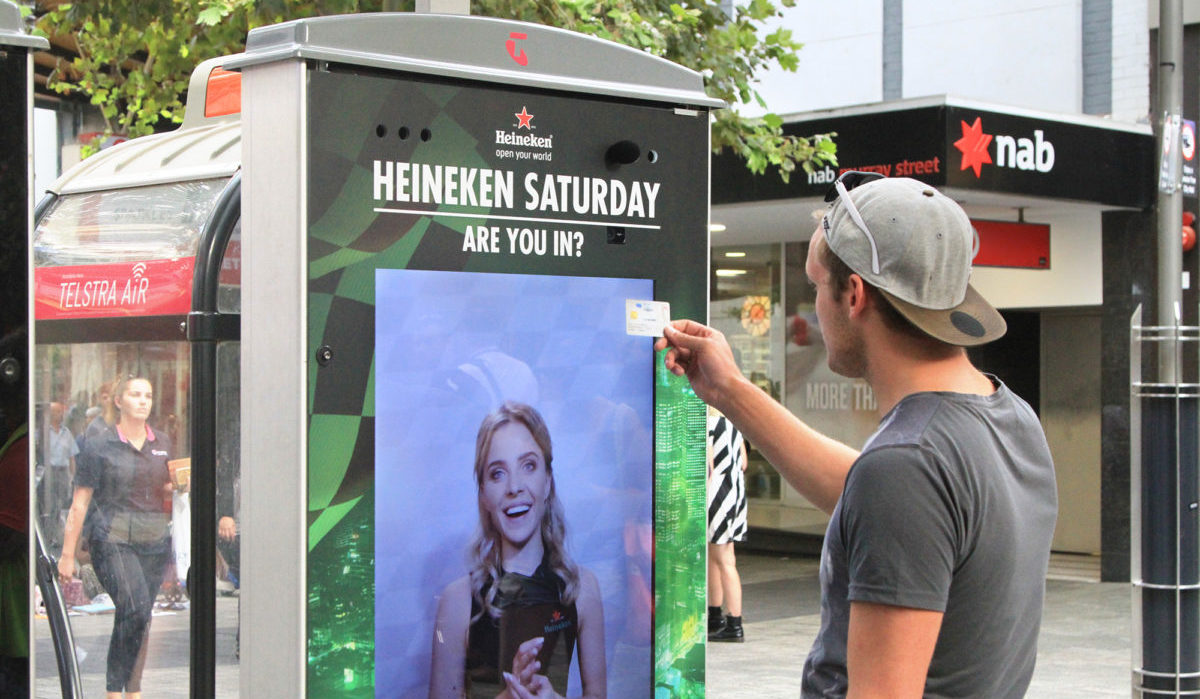 The interactive screens appeared in high-traffic shopping and nightlife precinct

JCDecaux’s Australian-first, experiential out-of-home campaign execution for Heineken has resulted in 500 tickets being awarded in Melbourne to this weekend’s Formula One Rolex Australian Grand Prix (F1), and another 180 people winning prizes in other states.

The interactive screens appeared in high-traffic shopping and nightlife precincts in Brisbane, Perth, Sydney and Melbourne over a five-day period.

At a nominated time, members of the public were asked a series of simple questions to judge how well people could handle themselves in a conversation in an attempt to charm their way into the F1 and win tickets.

The panels were equipped with a monitor, microphone, speakers and 4G modems to allow video conferencing back to an off-site studio in Sydney. The panels were also fitted with ticket dispensers which, from the studio, could be instructed to dispense tickets.

A camera in the panels also read ID cards for proof of age.

Zenith chief innovation officer Kate Evans said: “The campaign was the result of a unique collaboration with Zenith, Red, Momentum and Heineken all working together to push Heineken’s progressive boundaries to create an idea which would excite our audience and deliver on Heineken’s premium distinctions. Expertly executed by JCDecaux, the partnership created fantastic results, worthy of launching the Heineken F1 partnership.”

The Heineken panels, featuring JCDecaux Citylights in Sydney and Brisbane, StreetTalk in Perth and a custom built freestanding panel in Melbourne, ran from 15 to 20 March.