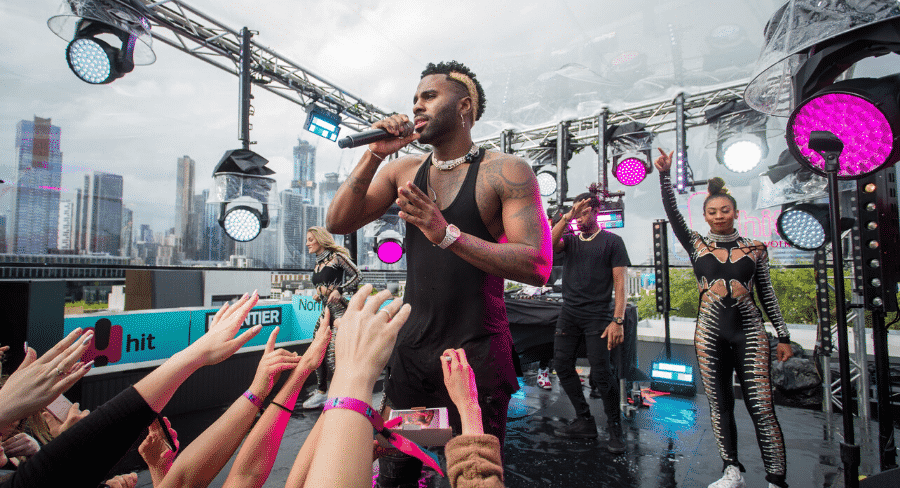 Jason Derulo has been the latest guest on Hit Network’s World Famous Rooftop and performed up a storm for diehard fans who braved Melbourne storms, heavy gusts of wind and sideways rain to see their idol live yesterday.

After his performance Derulo joined Hughesy and Ed Kavaleee live in the studio and on the Hit Network drive show and talked gym routines, staying in shape and Hughesy being mistaken as a roadie by Fatman Scoop.

For the fourth year in a row, RNB Fridays Live is touring across Australia and will be in Brisbane and Sydney this week.