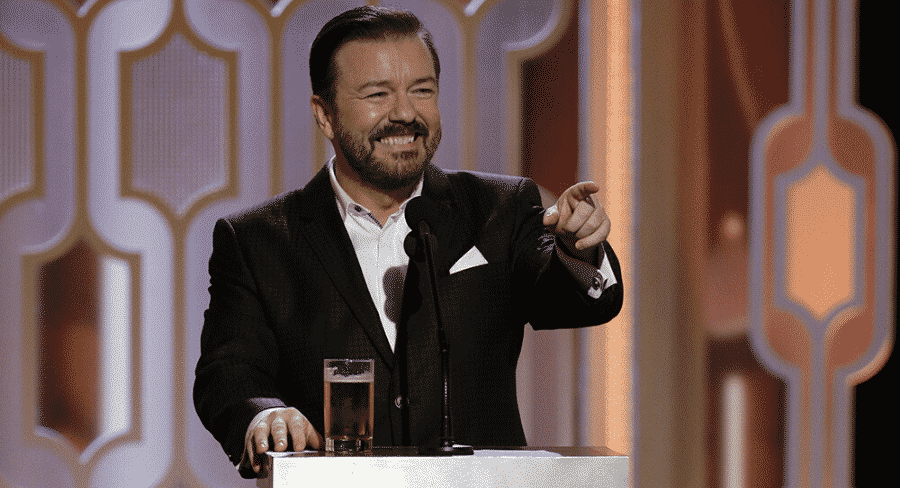 “Once again, they’ve made me an offer I can’t refuse. But this is the very last time I’m doing this, which could make for a fun evening,” said Gervais.

“When Ricky Gervais is at the helm of the Golden Globes Awards, we can always expect the unexpected,” said President of the HFPA Lorenzo Soria. “We’re excited to see it all unfold in January!”

“In a world where many award shows are opting to go the no-host route, the Golden Globes are going all in! It’s going to be a great night,” added MikeMahan, CEO, Dick Clark Productions.

Creator and star of The Office and Extras, Ricky Gervais has won three Golden Globes, two Primetime Emmys and seven BAFTAS. The Office is the most successful British comedy of all time, shown in more than 90 countries with seven remakes. The NBC version is the most successful US remake of a British show in more than 30 years. Gervais hosted the Golden Globes in 2010-12 and returned for a fourth time in 2016.

Gervais is an award-winning stand-up comedian, with five international tours to date. His live stand up show, Fame, became the fastest selling UK stand-up show in history. Gervais can most recently be seen in the dark comedy After Life, which he created, directs, stars in and executive produced. The series premiered March 8 worldwide on Netflix and will return for a second season in 2020.

In 2017, Gervais toured worldwide with his first stand-up special in seven years. Humanity, which was also recorded as a Netflix special, takes aim at human behavior with his trademark wit. He recently embarked on his follow up tour, Super Nature, which will also be released on Netflix.

Gervais is featured in the Guinness Book of World Records for having the most downloaded internet show of all time. He was named in Time magazine’s 100 Most Influential People in the World and awarded the Sir Peter Ustinov Comedy Award from the Banff World Television Festival.