The Euro 2016 match between England and Wales was the most-watched program in the UK in the week ending on June 19. The clash had 7.7 million people tuning in. Programs related to the 2016 UEFA European Championship dominated the top five and also took up eight slots in the top 10 most-watched programs that week.

In USA, the NBA final games between the Golden State Warriors and Cleveland Cavaliers continues to hold the nation’s attention. The seventh game of the finals was watched by 31 million people. 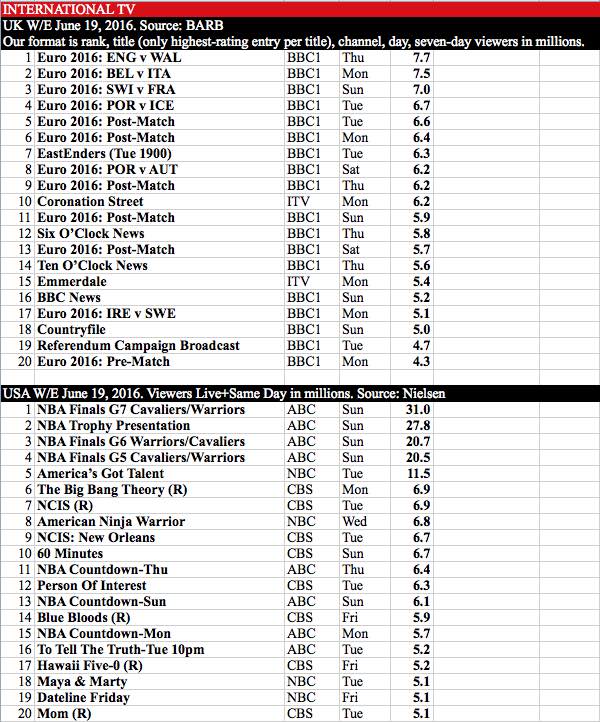