In the week’s US chart, CBS dominated with 12 of the programs in the top 20. The network had the top three non-sport shows, 60 Minutes at #2, The Big Bang Theory at #4 and NCIS at #5. NBC’s best-performing non-sport show This Is Us followed at #6, yet in the chart for important adults viewers 18-49 demographic This Is Us beat all three of those CBS shows. It rated at #4, Big Bang Theory was #5, 60 Minutes was #6, and NCIS landed outside the top 20 at #21.

In our UK chart, all of the top 10 shows enjoyed bigger audiences than in the previous week. The episode of Liar at #4 was for episode 5, the penultimate episode of the first season – the show currently screens on Seven. Doctor Foster, which was the star performer in our chart last week, has finished its five-episode season 2 in the UK but it just started locally last week on BBC First. New episodes screen Tuesdays at 8:30pm. 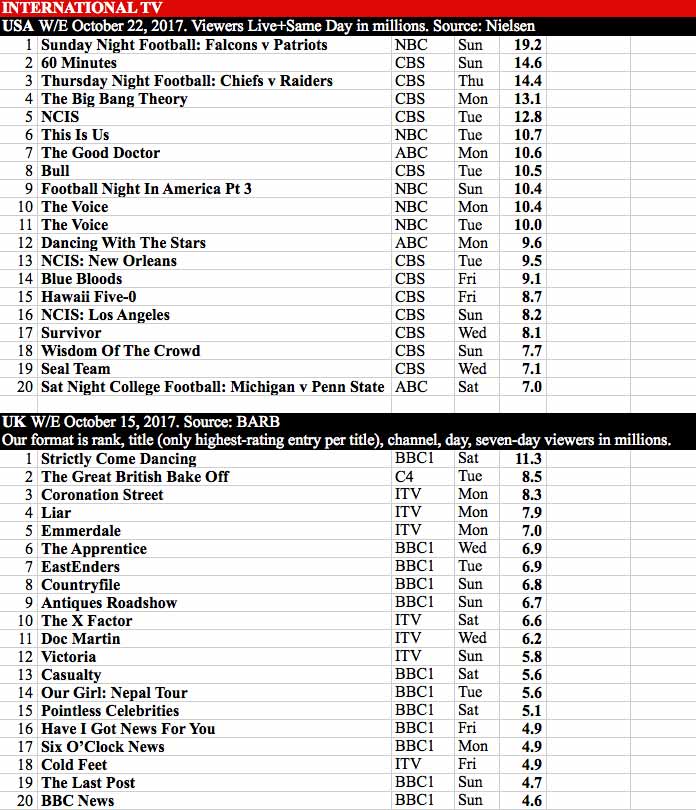