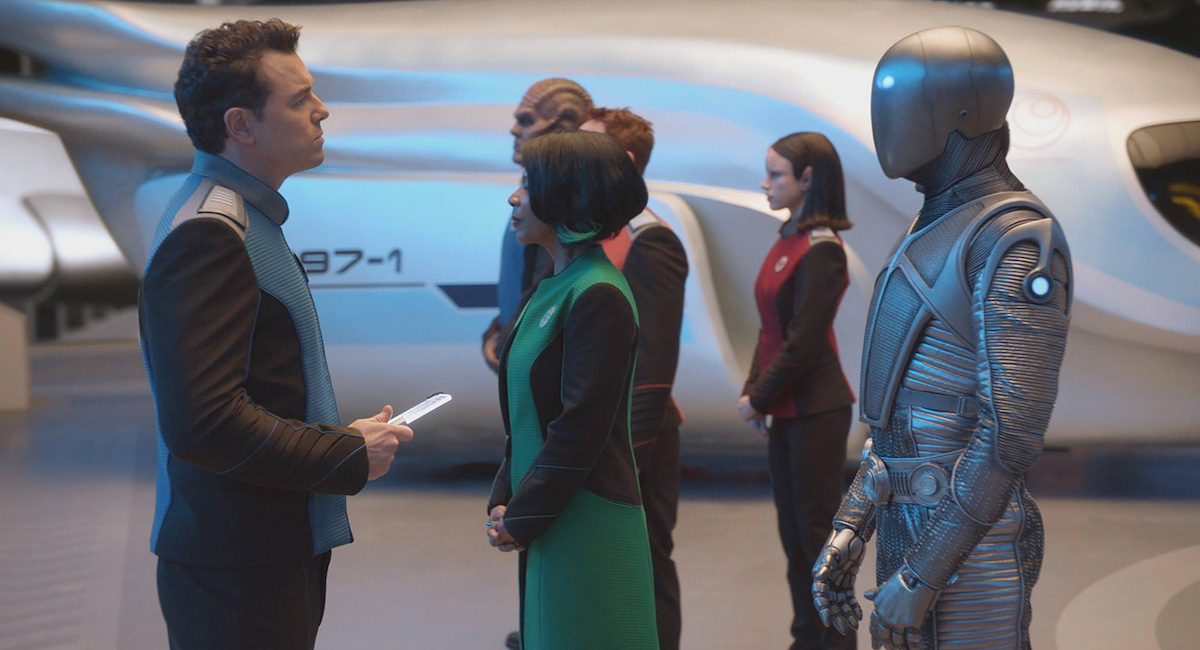 NBC had the top four shows of the week and three of them were NFL-related. The fifth show was also football related – the new-season return of The OT, Fox’s Sunday night post-game show for NFL games produced by Fox Sports.

Fox had one more show in the top 20, the premiere of The Orville at #8, from the creator of Family Guy and American Dad!, Seth MacFarlane. The sci-fi comedy drama is set 400 years in the future aboard a ship from Earth’s interstellar fleet.

In the UK, The Great British Bake Off was back, giving Channel 4 the top show of the week. BBC One’s top show Strike: The Cuckoo’s Calling dropped to #4 after last week’s premiere. This was episode 3 on the Sunday night, after the lower-rating episode 2 screened earlier in the week on the Monday. 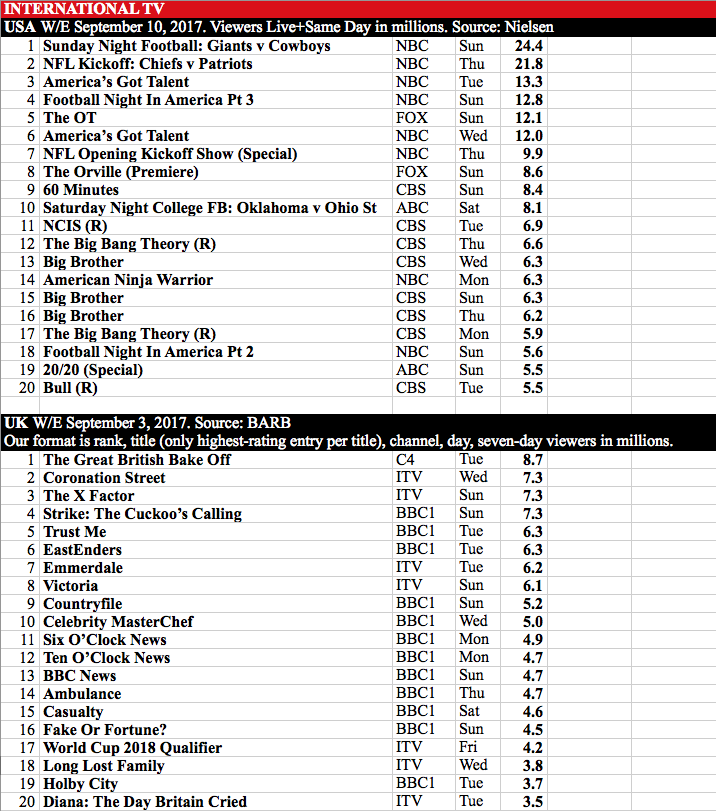