Wil Anderson tells how Todd, Russel and guests explain the world via advertising

The host of ABC TV’s Gruen, Wil Anderson, visited Mediaweek in the weeks leading up to the first episode of the 2017 series that has been around for 10 years. The series first broadcast in 2008 and along the way has spawned the spinoffs Gruen Nation, Gruen Planet and Gruen Sweat. The flagship program has simply been known as Gruen from the 2015 season onwards.

Anderson, who has been the only host over the journey, told Mediaweek they were heavily into pre-production, although they never switch off completely.

“When we get to the end of a season we have a bunch of ideas we didn’t get to use, which we keep. When something happens during the break that any of us thinks might be interesting, we share amongst ourselves. By the time we regroup for the new season we have a list of way more things than we could ever get through.”

Anderson noted the show is strongest when they are reacting to events in real time. “Gruen at its best is less a show about advertising and more a show that uses advertising as a lens to explain the world. That is why the most successful editions of the show are when we cover an election or the Olympics because we are able to use the advertising prism to explain.

“Last year our favourite topic was when we did the whole show around the census. For us it was brilliant because it was all about advertising and it was a massive communications stuff-up. We were able to have a new way of looking at what everybody was taking part in.

“We are always looking for something that is happening now that we could be talking about.”

The host agreed that Gruen has improved over the years to a point it’s must-watch-TV. “It is a much better show than it ever was. We have been very lucky. Usually with a program this old you are looking for new ways to re-boot the format, asking if maybe we should get Eddie McGuire to host it instead. When our show started we didn’t know what we were doing. If you compare season one to now, it is a very very different show. All we have tried to do through the years is get better and better. 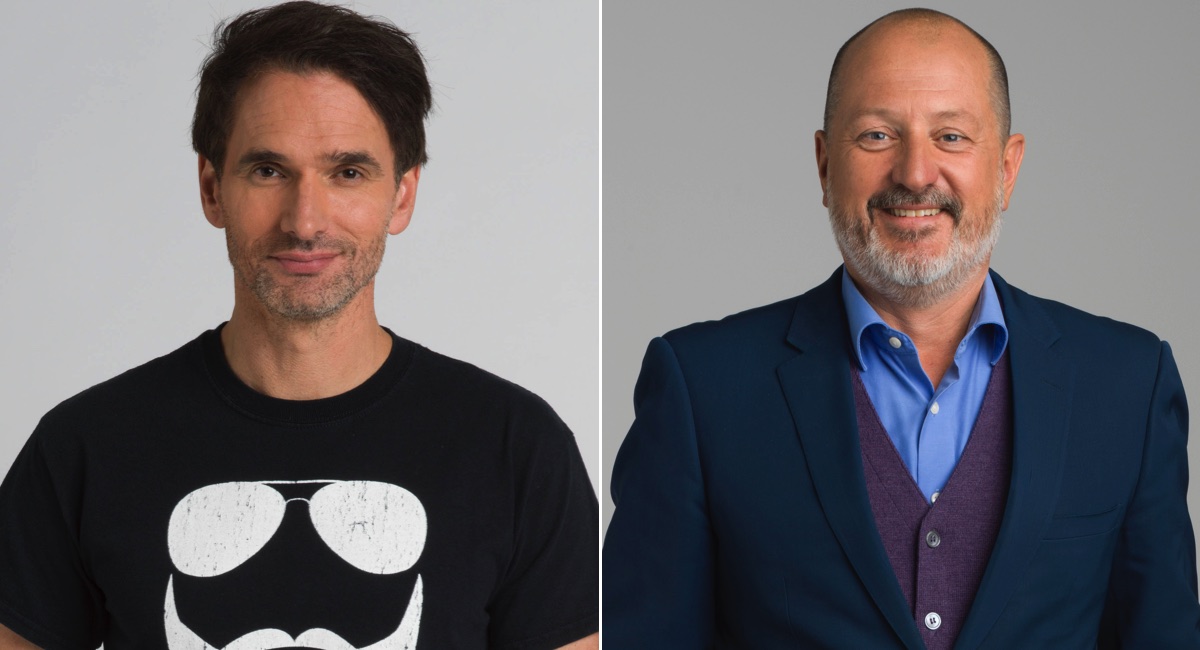 “The industry rule of thumb when we started was that people might see about 3,000 commercial messages a day. It’s about 5,000 now. Marketing and advertising are intrinsically linked with every single thing in the world. Our show is more relevant than it ever was. The subject matter of what we talk about has become more compelling and more entwined with everything in our world.”

Part of the success of the show is the combination of the key cast – Anderson with Todd Sampson and Russel Howcroft. There remains a very rigorous process to work with any other guests before they appear.

“This is a tough show to be on as a guest. People come on a program that moves very quickly with a lot going on. Our first port of call is experts. We want people on the show who are experts – insights from people who make the advertising. We want to know why we buy what we buy. The only way to know that is to get the experts to reveal their tricks to us. We always needed to treat them with respect.

“Every year we run a series of workshops and we are doing it again this season. We will see somewhere between eight and 16 potential guests. If we get some people out of that we want to put on the show they will come in and watch a show while sitting in the crowd. What we want to do is give them the best chance to do well when they are on the show.

“Part of the success of the show is making the guests as ready for television as they possibly can be.”

When The Gruen Transfer was originally casting for the show with Andrew Denton producing and Jon Casimir as head writer, the show looked at as many as 20-30 potential regulars. “They all went through that same process and Todd and Russel were the two standouts.”

Anderson admitted the show had educated him over the years about consumerism. “I wish I had learnt more. I intellectually understand it all, but I am not any less susceptible.” Anderson told a story about a cigarette advertising segment on the show which followed with Anderson, Sampson and Howcroft, none of whom smokes, having a cigarette after the program.”

For the time being, Gruen will continue to deliver 10 episodes a year. “Ten episodes always feel about right for me. At the very core of the show there are some advertising and marketing principles about how you sell to somebody. It turns out that how you sell dog food isn’t entirely different from how you sell shampoo or whatever.” Anderson noted they were concerned the episodes didn’t become repetitive.