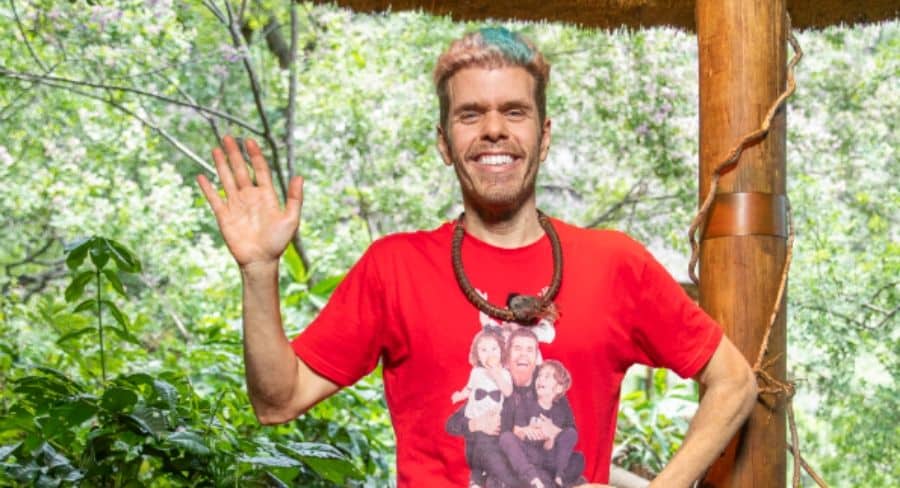 Global gossip mogul Perez Hilton has spent a mere eight days in the I’m A Celebrity…Get Me Out Of Here! jungle. The hunger, heat and the forced detox of jungle life has become all too much him.

In last night’s in-camp challenge titled Sing For Your Supper, the camp-mates were told that in order to earn a super-charged supper, they had to communicate with each other only in song.

While Rhonda Burchmore, Miguel Maestre, and even Dale Thomas, embraced the ridiculousness of it all, Hilton stormed out of camp and into the Tok Tokkie in a huff.

Complaining of hunger and a headache, it was clear Hilton was spiralling into his own worst nightmare.

Thomas opened up to Maestre about his inner demons, revealing that he is battling anxiety after his daughter’s birth triggered childhood trauma caused by an abusive father.

Later in the show, Dr. Chris Brown and Julia Morris announced that Hilton was the seventh celebrity to be voted out of the jungle.

A late-comer to the series, Hilton blew in like a tornado; fast, ferocious and stirring up everything, and everyone, in his wake.

Unfiltered, opinionated and with more than a hint of sass, Hilton didn’t hold back dishing the dirt on his many celebrity encounters and serving up his own opinion of everyone in camp.

From his fallouts with Kim Kardashian, Kanye West and Lady Gaga to breaking the news to camp about the recent royal scandal, Hilton served the tea up straight and scorching hot.

He told the camp who he thought would win, who he thought should be eliminated and as for Crosby and Ryan Gallagher, let’s just say he wasn’t team #Rylotte.

Hilton competed in an impressive four trials during his short stint on I’m A Celebrity…Get Me Out Of Here!, the most memorable being Viper Room. Hilton currently holds the record for the most time spent in the chamber.