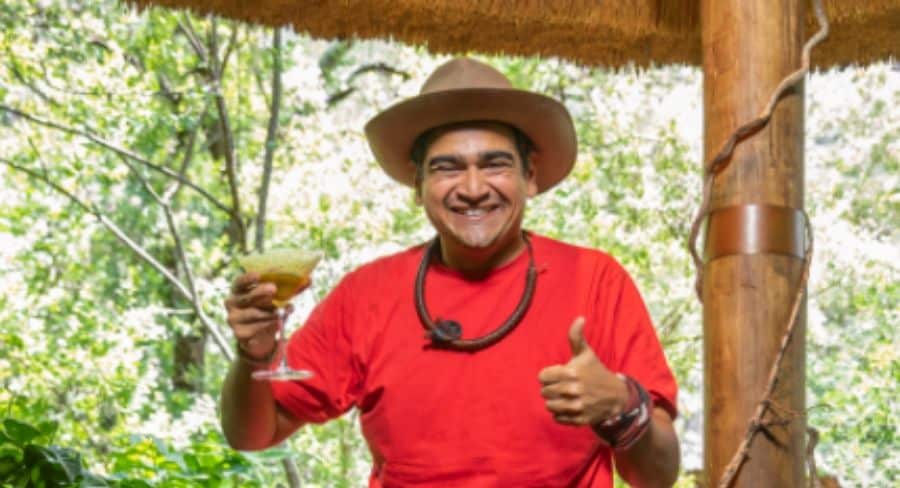 • The show continues Sunday Night At 7.30pm only On 10 and WIN Network

On last night’s episode of I’m A Celebrity… Get Me Out Of Here! Rhonda Burchmore opened up about an eerie note she received from an obsessed lover who she lost her virginity to. Burchmore divulged to the camp that her first time doing the deed was with her university lecturer.

AFL legends Billy Brownless and Dale Thomas revealed the differing pay packets of players today compared to back in the day.

Brownless revealed he was paid $120,000-a-year at the height of his career, but had to juggle a full-time job and football commitments. By comparison, his son Oscar, who was drafted last year, has a starting salary of $80,000, plus has his rent covered.

Thomas said AFL pay packets increased in the 2000’s after an increase in player demands. He also disclosed on the drafting process, telling the camp that clubs go as far as to call school principals to gauge on work ethic and behaviour for new recruits.

The celebrities went through the reasons they nominated their chosen charities, and Tanya Hennessy shared the shocking statistics of suicide and why RUOK?’s awareness strategy is so crucial.

Burchmore became emotional as she touched on her personal experience with her sisters fatal motor neurone disease diagnosis, and the wonderful work of her selected charity, Neura.

Nikki Osborne spoke about her son’s autism and her charity Autism Spectrum Australia. She expressed her desire for the ‘abnormal’ to become ‘normal’, highlighting some of the judgement parents of autistic children receive from the uneducated public.

Ryan Osborne opened up about his mother’s life-long battle with cancer, citing that her cancer is now active and he is unsure of what state she will be in when he returns home.

Later in the show, it was announced by the hosts that Dilruk Jayasinha was the first celebrity to be voted out of the jungle. Jayasinha was well-loved in camp and struck up a surprising relationship with Charlotte Crosby.

On his time on the show, Jayasinha opened up about his addiction to alcohol, which stemmed from a lack of self-confidence.

Jayasinha may be on his way back home to Australia, but it is confirmed that another A-list celebrity is on the next flight out and headed for South Africa. Be watching Sunday night to find out.