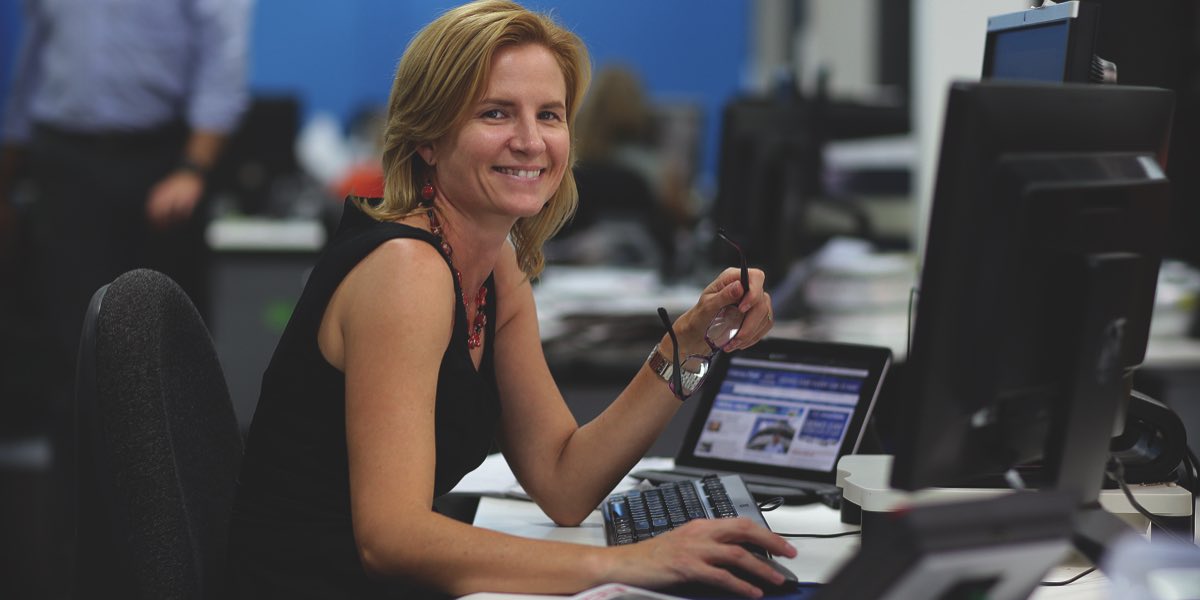 A year after joining The Cairns Post, editor Jennifer Spilsbury talks about changes to come

There is something in the air in the northern part of Australia. This week, Mediaweek spoke to the editor of another newspaper located in Australia’s far north, The Cairns Post’s Jennifer Spilsbury.

On the weekend of 12 March, the readers of the newspaper were welcomed with a new look Cairns Post, which included a new magazine called Play.

When Mediaweek spoke to Spilsbury before the release of the new look, she said: “At the moment, it’s quite dire so [the new look] will reflect the beauty of the area we live in.

“There will be a real focus on our photos and our content. It will have greater connect in all forms of media including social and website.”

The redesigned version of the masthead will contain shorter stories and more commentary.

“We do have a broad sweep of opinion pieces every day in The Cairns Post, but also in our stories wherever possible our reporters will be able to give some background comments or insights into the story,” Spilsbury said. A key part of keeping up with the reader’s changing habits, Spilsbury said, is making sure the paper has its “ears to the ground”.

The News Corp local title was established in 1883, and this year celebrates 134 years. Spilsbury will mark her first anniversary as the editor of The Cairns Post next month.

In this time, she has brought a more local focus to the paper, she claimed.

“We’ve evolved in our journalism in terms of packaging stories. We’ve put Cairns on the map with the stories we do. A lot of the stories have gone viral on the internet.”

One such story that was first reported by The Cairns Post and was picked up by mastheads around the country was the outbreak of influenza at an aged care facility called Mercy Place.

Spilsbury revealed that while The Cairns Post is popular for breaking such serious news, the articles that perform well in print, online and social are those that are about local personalities.

“Last year we broke a story about a Daintree river cruise operator [Dennis “Lee” Lafferty], an absolute tourism icon here. He’d been living here for decades. He died in a road smash. We’d worked with an American newspaper to reveal that he’d come here many years ago on the run. He lived a life in America as a drug smuggler. He faked his own death and came over here.”

The story was reported under the headline “Daintree tour operator’s secret life as a ‘dead’ drug smuggler” on June 23.

“Over the year, we’ve had great stories that personify Cairns.

“A gentleman had trekked through the bush and walked miles – a ridiculous amount – about 80km from top of head. He was carrying his dog after it’d been bitten by a crocodile. That went viral – it was crazy,” Spilsbury recalled.

“It’s those sorts of stories and the animal stories – the crocodiles and snakes eating cats stories. That quirky kind of north frontier is the stuff that grabs people’s attention.”

Speaking of wacky headlines and crocs, one can’t help but think of NT News.

“The NT News is the NT News and The Cairns Post is The Cairns Post,” Spilsbury pointed out. “The readers have similarities, we are both hot and we both have crocodiles. But we are distinctly different. We have different communities. There is an appreciation for what makes the far north great.”

Speaking about her most memorable story in the year she has been at the paper, Spilsbury remembered the Ravenshoe café bomb blast in June 2015.

“I’d only been here a couple of months and the tragedy of Ravenshoe café bomb blast happened. Nobody covered it better than the Cairns Post and it was such a sad story.

“It was an incredible feeling to be part of a news team providing the information to let everybody know what was happening.

“Within a couple of days, we kicked along an appeal for the tragedy, which wasn’t really coming along and had raised about $10,000. We stepped in and helped raise $800,000. To me, that’s very special.”