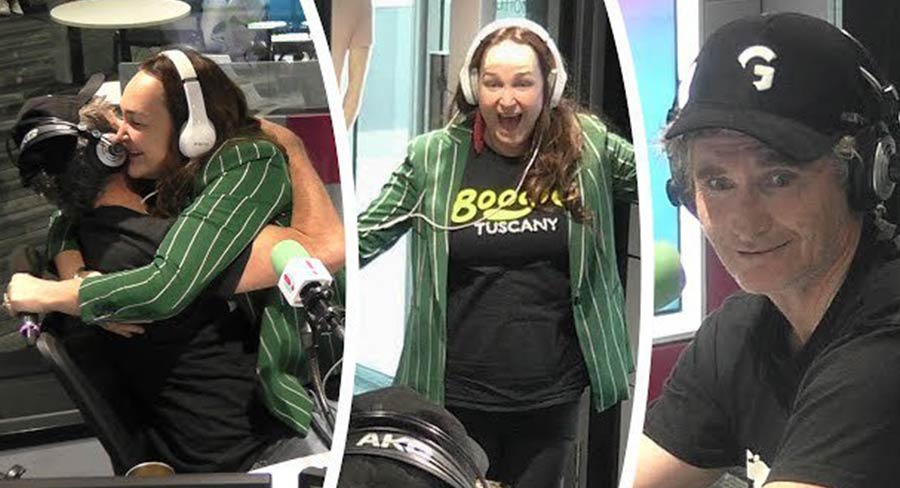 Last Sunday Dave Hughes was noting his radio co-star Kate Langbroek was featured on the cover of Stellar magazine. The feature was about Kate and her family moving to Italy for 12 months while she also juggles her radio commitment as the co-host of the Hit Network drive show.

But on Monday, Kate turned up in the Melbourne studio to prank her co-host sho thought he was speaking to her from Bologna. She secretly flew in from Bologna late last week, hid at home all weekend and was placed at the other end of the radio station on a different floor from Hughesy in a studio that had been created to look exactly like the one she does Hughesy & Kate from in Italy.

Kate is spending the week on air in Melbourne and returns to Italy on the weekend where the family will be waiting for her. While in Melbourne she also took the opportunity to have a colonic!