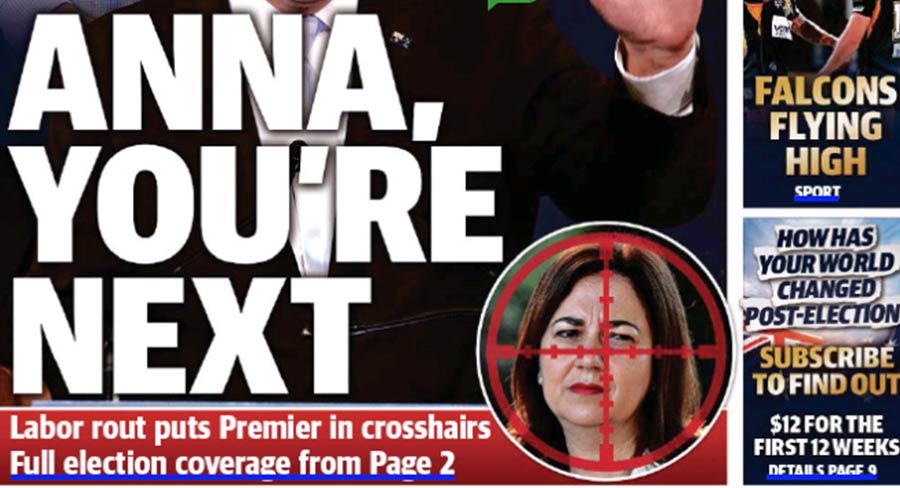 • The editor published this apology on Tuesday

Sunshine Coast Daily editor-in-chief Craig Warhurst has admitted the newspaper made a mistake with its front-page image and accompanying text on Monday. The editor published this apology on Tuesday:

Our front-page imagery in Monday’s edition of the Sunshine Coast Daily – of Premier Annastacia Palaszczuk in the crosshairs – has been the cause of a lot of concern by our readers.

Today I was inundated with letters saying we got it wrong and we needed to apologise for our actions.

Many of the letter writers said our front page could incite attacks on women and politicians and glorified gun violence.

At a time when domestic violence was so high on the agenda, it was unacceptable, they said.

What the front page was seeking to highlight was Labor’s poor performance in the federal election in Queensland, and that the State Government is now in the political sights of the conservative parties in Queensland. A lot of that centres around the Adani process.

That is all the front page was intended to signify to readers. It reflects the sentiment of the outcome of the federal election in Queensland and the way many Queenslanders voted. It was a sentiment that proved decisive in determining the election.

It will be a shame if one very small image on our front page detracts from the debate this State needs to have. It will be a double shame if other media let themselves be distracted.

That said, in retrospect, I agree it was a poor choice of imagery on the front page. We could have got the message across in a different way.

In no way does the Sunshine Coast Daily condone any sort of violence against women or politicians.

For those of you in the community who feel let down and betrayed by the image, I apologise.

We won’t be re-running it and you’ll notice we are happy to publish the criticism. We give it, we have to take it and learn from these things. 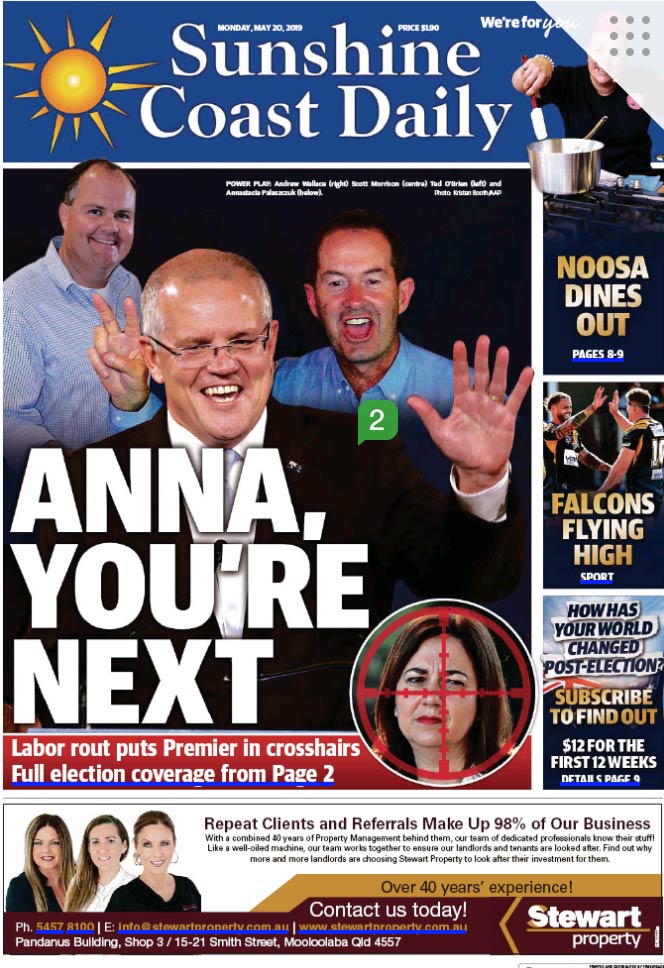